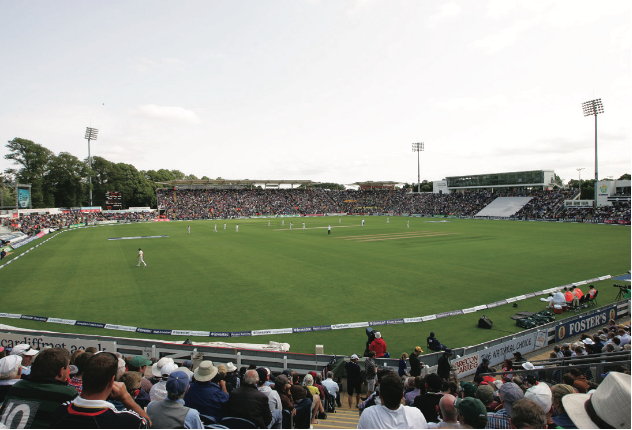 The weather may not be great for cricket but here's an interesting waste management case study at Glamorgan Cricket Club.

WCRS first began working with Glamorgan Cricket Club a matter of weeks before the First Investec Ashes Match in 2015, where the first challenge was to manage the waste for one of the sporting calendar’s most prestigious events, with expected visitor numbers in excess of 60,000.

WCRS already had a working partnership with the club and their cleaning contractor AQS and the first event went well. So the next challenge was to look at how improvements could be made to boost the club’s overall recycling performance.

Although a recycling system had been previously implemented and formed a sound base, it was far from effective with recycling rates struggling to reach into double figures. WCRS set about an improvement and communications and awareness plan.

A segregation system of dry mixed recyclables, general waste, food and glass was implemented and clear and concise signage was developed to aid segregation and awareness. WCRS carried out recycling workshops and presentations to key operational and cleaning staff to help raise knowledge and relay the benefits of recycling as well as the new process agreed.

With high levels of public attendance and a fully packed stadium of spectators, it can be a challenge to capture recyclable waste during any event. Match day recycling was an area that was focused on intently in order to maximise the amount of waste materials recovered for recycling.

Working with AQS, a ‘buddy’ system was introduced for the cleaning teams around the stadium including one cleaner in each team concentrating on recovering dry mixed recyclables.

Prior to implementing the changes the actual recovery rate for materials destined for recycling was averaging at around 4% of the total waste. Since the changes have been implemented, recycling rates have risen dramatically and have reached an all-time record for the club of 84%.

In addition to this, the remaining residual waste is sent to a local energy from waste facility plant and therefore 100% of the waste generated at the club is diverted away from Landfill.

Dan Cherry, Head of Operations Glamorgan Cricket said: “Glamorgan Cricket have been keen to increase our recycling rates for some time and in partnership with WCRS and our cleaning partner, AQS, we developed a plan to be able to deliver improvements and such impressive figures."

Pictures: Recycling was averaging at around 4% at Glamorgan Cricket Club but now it's at 84%