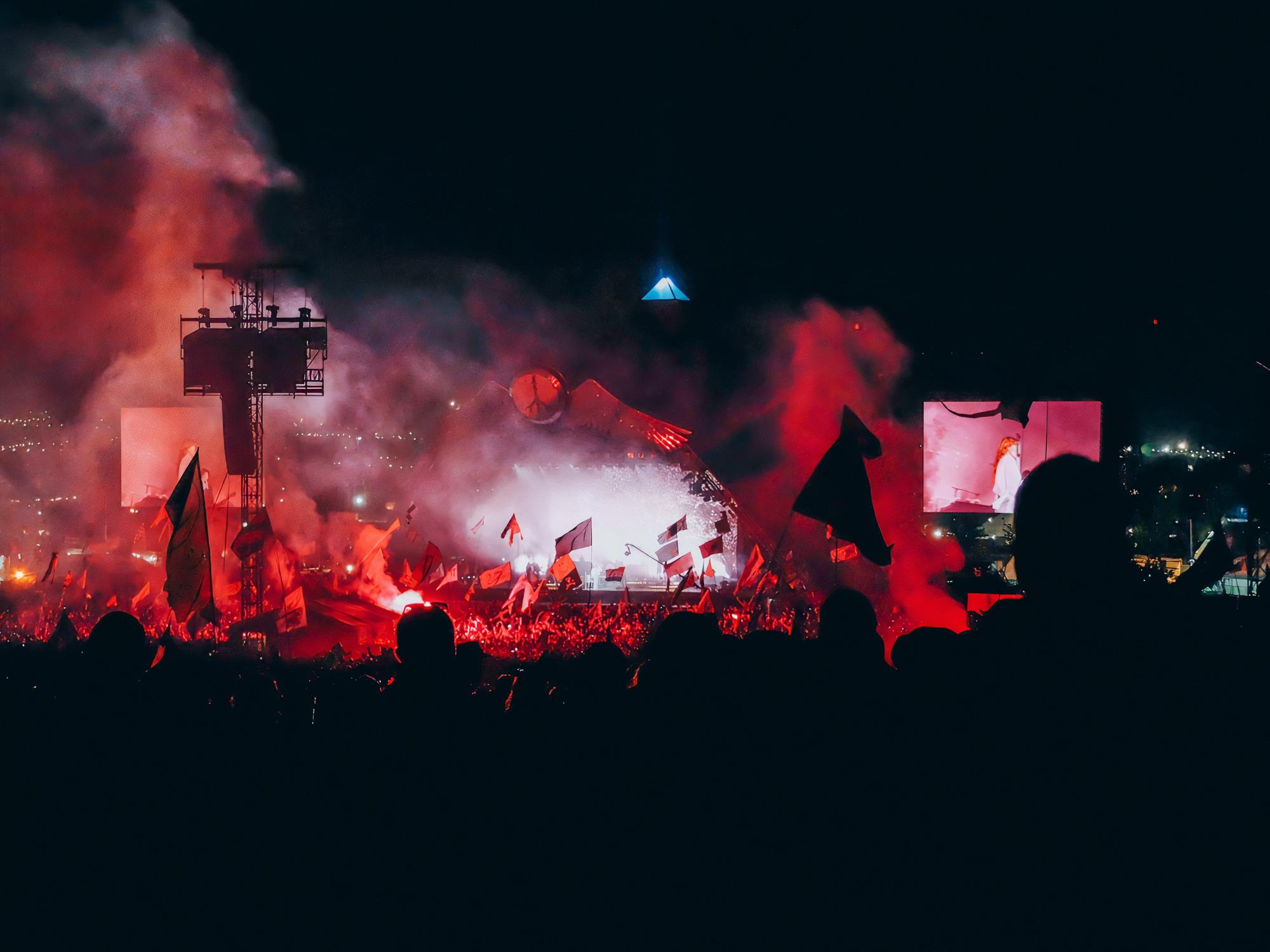 This week, the negative impact of the pre-pandemic Glastonbury Festival on the local river has been highlighted by scientists at Bangor University.

The summer has seen a majority return by the UK’s festival and live event circuit, with many plans rushed into reality by established and amateur promoters alike. Many have fallen short of the mark when preparing for the increase in attendees given less time and added interest as a result of the last year’s COVID restrictions. Security, entry queues and toilets were some of the main pressure points for FMs that came under scrutiny from punters this year – although these come as no surprise, the latter may have an effect on the urination habits of revellers that previously taken data suggests is an environmental issue.

Measurements both upstream and downstream of the Glastonbury site were taken before, during, and after the festival in 2019. The study results have been revealed, finding that MDMA concentrations quadrupled the week after the festival, and suggesting long-term release from the site.

"We need to raise awareness around drug and pharmaceutical waste – it is a hidden, worryingly-understudied yet potentially devastating pollutant."

Concern for Utilisation of Sanitation Facilities

Dr Christian Dunn, from Bangor University, said: "Our main concern is the environmental impact. This study identifies that drugs are being released at levels high enough to disrupt the lifecycle of the European eel.

"We need to raise awareness around drug and pharmaceutical waste – it is a hidden, worryingly-understudied yet potentially devastating pollutant." The study found that festival-goers were clearly choosing to urinate in the grounds rather than the facilities provided. Considering the staggering number of people that gather for Glastonbury in particular, many were clearly impatient to use the provided facilities at all times.

In 2019 there were more than 2,000 long drop seats across the site according to the festival organisers, with over 1,300 compost toilets which should only have toilet paper thrown down the hole with your waste. On top of that, 700 metres of male urinals and four sites of female urinals were present. This quantity pales however in consideration of the numbers of people drinking. 203,000 people are estimated to have been at Glastonbury 2019.

Dan Aberg, a Masters student in the School of Natural Sciences at the university, added that “illicit drug contamination from public urination happens at every music festival.”

"Unfortunately, Glastonbury Festival's close proximity to a river results in any drugs released by festival attendees having little time to degrade in the soil before entering the fragile freshwater ecosystem."

In the UK, the Environmental Protection Act of 1990 encourages a duty of care on all businesses, which includes festivals of course, to responsibly remove all waste. Many smaller festivals are also situated in places of natural beauty close to rivers and lakes, and with the influx of people post-COVID, this is still certainly a concerning procedure if not carefully monitored. There are requirements for adequate infrastructure to be in place depending on the type of event license and expected attendees, but are the current measures adequate as corporate social responsibility increases?

Despite reasons to consider this, the impact of chemicals from annual festivals that last a weekend is not a continuous year-round pollutant. Waste management is of course a vital business practice when it comes to keeping the environment clean, especially waterways and the ecosystems they support. Data from the Environment Agency, which tested surface waters and groundwaters across England from 2016 - 2019, shows that water quality has remained static and is a long way from the government’s ambitions. Just 16 per cent of our waters meet the criteria for good ecological status, the same percentage as in 2016. As population growth, land use and climate change are having a significant impact on our water environment, the data shows we are running to stand still.

Hugo Tagholm, chief executive of Surfers Against Sewage, said: “We’re seeing sewage pollution going into blue flag beaches and many of our country’s best beaches where people like to surf, swim and have their holidays.”

The Environment Agency found that while there have been fewer pollution incidents, none of the utilities companies achieved the environmental expectations set out for 2015 – 2020. The industry trade body Water UK said its members are investing a further £5 billion on environmental improvements over the next few years.

David Jarrad, chief executive of the Shellfish Association of Great Britain, said to Channel 4 that a majority of “illegal dumping” incidents are only recorded if the water companies self-report. He said: “Sadly this doesn’t always happen. It’s a bit like saying Joe Public should report every time they go over 70 miles an hour to the local police. It ain’t going to happen.”

However, on a positive note, 2021’s report provides more detail on elements such as the number of invertebrates present and the condition of plants and algae, or the quantity of serious pollution incidents from all sectors in rivers, lakes, reservoirs, canals, coasts, estuaries and groundwater. For example, it shows that the overall number of incidents has fallen from 427 in 2009 to 266 in 2019.

“This means that the majority of water and sewerage companies are now defined as industry-leading by their independent environment regulator, a significant step forward and a reflection of the commitment and focus that water companies place on protecting and enhancing the environment.”

Waste Not, Want Not Webinar

A webinar on the successful integration of waste management systems has been organised on a ’15 minute how to’ basis. The webinar next week (4 December,...