Race To The Top 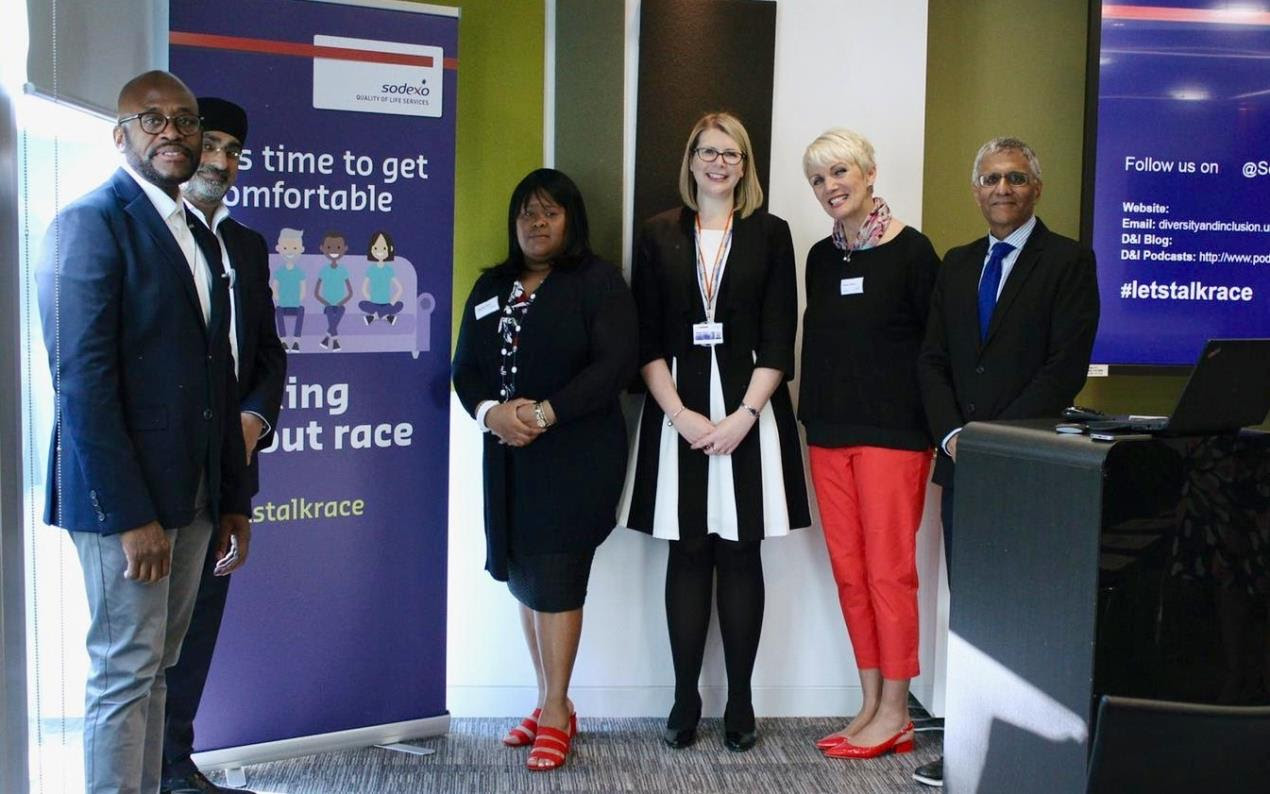 On May 21, Sodexo hosted a breakfast briefing at the company’s London headquarters on the subject of Modern Racism in the Workplace in recognition of World Day for Cultural Diversity for Dialogue and Development.

The event brought together a range of experts, practitioners and interested parties from across industries to explore the attitude change and actions need to promote increased comfort in discussing the topic.

One particular assertion was made - that getting race equality right in the UK is worth £24 billion a year to the UK economy. The figure quoted was taken from the Business In the Community (BiTC) 'Let’s Talk About Race' guide in association with The Prince’s Responsible Business Network.

Wow - what a job title

Audience members heard from Professor Binna Kandola OBE, author, business psychologist and co-founder of Pearn Kandola, on modern racism, the ways in which it can manifest and the actions organisations can take.

Professor Kandola OBE said: “Sodexo’s approach to this topic is to be commended. Their approach combines intellectual rigour, geographical breadth and pragmatism, whilst also recognising the need for organisations to collaborate if we really want to make progress happen quicker. This event has provided a fantastic forum to discuss what it is going to take to become comfortable having uncomfortable conversations so that we can start to improve the experiences and opportunities for those from Black, Asian and Minority Ethnic (BAME) backgrounds.”

A panel featured Romeo Effs, a leading diversity and inclusion thinker and Managing Director at INvolve, Sandra Kerr OBE Race Equality Director Business in the Community and Karen Pleva, Global Head of Pharma and Life Sciences at Sodexo. The panel explored what organisations are doing, lessons we could learn from their experiences and how progress could be accelerated.

Sandra Kerr said: “I was delighted to be invited to be part of the panel sharing the research Business in the Community has done and how we are partnering with organisations across a range of sectors on this agenda. Change will take time and events like this provide an opportunity to share experiences and learn from one another as we work towards the shared goal of increasing the representation of BAME individuals in the workplace.”

Summing up, Meg Horsburgh, sodexo's Head of Diversity & Inclusion UK & Ireland and Global Disability Leader said: “Like many organisations, we want to increase BAME representation in our business and this event was a great opportunity to promote collaboration on what we see as societal as well as a business issue.”