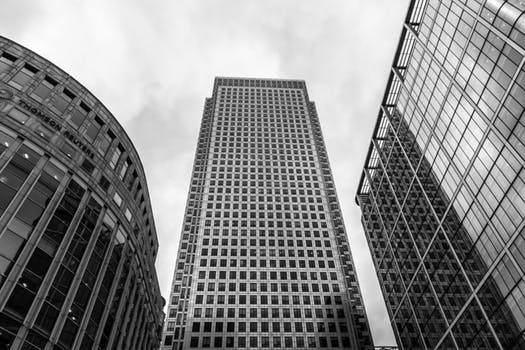 The appetite for real estate investment among global institutions has reached a seven-year high, research by  Hodes Weill & Associates and Cornell University has found.

However, the research also concludes that despite an increase in investment returns, institutions remain under-invested, preferring to put their money in public pensions which have the highest actual allocation to real estate. Meanwhile, sovereign wealth funds and government agencies have the lowest.

This marks the second straight year that confidence in the asset class has increased after five years of steady decline.

Douglas Weill, Managing Partner at Hodes Weill & Associates, said: “Globally, we’re in a yield-starved environment, so real estate has proven to be one of the few asset classes where investors can still find yield without exposure to excessive risk. This is the primary reason why we’re seeing a flight to safety in real estate. However, there remains a significant amount of dry powder on the sidelines as good investments become harder to find – which could explain why institutions remain meaningfully under-invested relative to target allocations.

“Real estate is an important and growing allocation in institutional portfolios. Despite concerns about late-cycle risk, real estate fundamentals – including supply and demand trends – remain broadly favourable. This has been driving strong returns, which in turn is contributing to continued liquidity in the asset class.”

The 2019 survey’s 'Conviction Index', which measures institutions’ view of real estate as an investment opportunity from a risk-return standpoint, increased from 5.1 to 5.7. This rise is reflective of the fact that institutions continue to realise investment results well in excess of target returns. Given late-cycle concerns, institutions are utilising leverage prudently and prioritising allocations to cycle-resistant strategies including credit and niche asset sectors.

The uptick in conviction is contributing to continued growth in target allocations, which increased to 10.5 per cent in 2019. This reflects a 10-basis-point increase year-over-year and a 160-basis-point increase since 2013 – the year in which the survey was first conducted. It also implies the potential for an additional US$80 to US$120 billion of capital to be allocated to real estate over the coming years. However, annual increases to target allocations appear to be moderating, as this year’s growth marked the lowest increase since the survey’s inception. The rate of increase has been in the 20-40-basis-point range over the past five years.

Target allocations were up for each type of institution, with the exception of endowments and foundations, which reported a 10-basis-point decrease. This is a continuation of a trend the survey noted last year, as endowments and foundations have been reporting continued reluctance to allocate capital to real estate at this point in the cycle. As one such Americas-based institution noted, caution is warranted due to assets being fully priced.

One APAC-based sovereign wealth fund noted that this is due to the increasing challenge of investing in real estate as return projections decline. On the topic of returns, institutions reported an average return of 8.8 per cent in 2018 – a 30-basis-point decrease from the prior year. On a trailing three and five-year basis, institutions have seen average annual returns of 8.9 per cent and 9.9 per cent, respectively – well in excess of target returns of 8.3 per cent.

From a risk-return standpoint, value-add continues to be the most favoured investment strategy, with 91 per cent of institutions reporting that they are allocating capital to these types of investments. Interest in core increased slightly, with 66 per cent of institutions allocating to these strategies, up from 63 per cent in 2018. The only strategy to see a decline in interest across the full range of institutions was opportunistic, which highlights a global shift towards more defensive, income-oriented strategies.

Dustin Baker, Director of the Baker Program in Real Estate at Cornell University, said: “Real estate is an important and growing allocation in institutional portfolios. Despite concerns about late-cycle risk, real estate fundamentals – including supply and demand trends – remain broadly favourable. This has been driving strong returns, which in turn is contributing to continued liquidity in the asset class.”

The 212 institutions that participated in this year’s survey represent aggregate AUM of US$12.3 trillion and portfolio investments in real estate totalling approximately US$1.1 trillion.

Picture: A report says there could be an additional US$80 to US$120 billion of capital to be allocated to real estate over the coming years.

Both Aviva and Standard life have suspended trading in their UK commercial property funds - Standard Life announced the move on Monday with Aviva following suit...

Commercial contract cleaning provider Ecocleen, is targeting a number of acquisitions over the next 12 months to accelerate its expansion within the UK. The company...