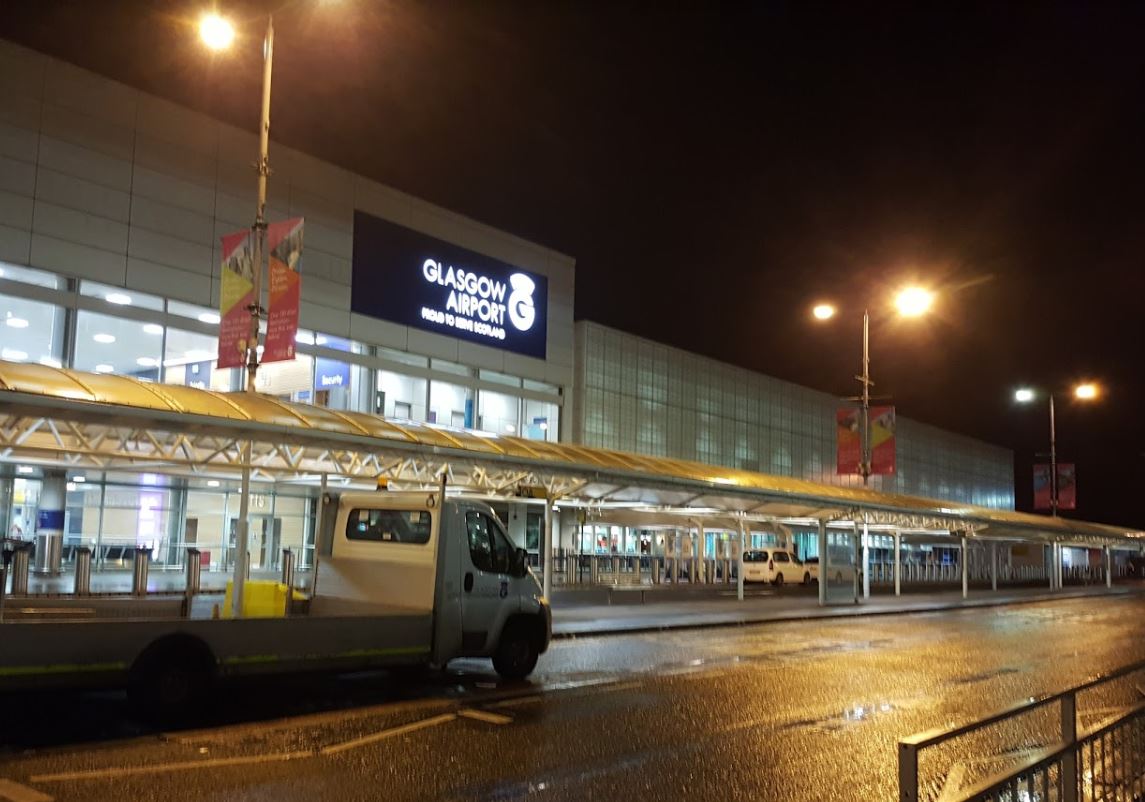 Furious security and other staff at Glasgow Airport joined the picket line on Monday June 10 to fight for their pensions. The airport says the pension scheme is unaffordable. A further three days of disruption is scheduled.

Alongside the security officers, airport fire safety, airfield operations officers and engineering technicians also downed tools and joined-in with the industrial action. They has also joined a strike on the previous Friday.

The move follows stalled talks between the AGS Airports group and the Unite union over pay and pensions.

In a statement, AGS said: "We are very pleased that the contingency plans we put in place ensured it was a case of business as usual at both airports. We have kept our airports open ensuring thousands of passengers and hundreds of flights have been able to travel and operate safely." The airport stated that any delays were kept to a maximum of 15 minutes.

A spokesperson for AGS Airports, which owns and manages Aberdeen International and Glasgow airports in Scotland and Southampton Airport in England  said: “We are extremely disappointed that Unite has served notice for a further date of industrial action. We have robust contingency plans in place to ensure Glasgow Airport is fully operational on the 14th of June.

“We have been in talks since January. Despite attending Acas, there continues to be no willingness whatsoever on the part of Unite to engage in any constructive dialogue.

"We made a significant improvement on our initial pay offer which was increased from 1.8% to 3% in line with demands. This was rejected by Unite without any further consultation with members and the union continues to deny them the right to make a decision on the offer of 3%."

The union claims the company closed the consultation process on pensions on 24 May, as it attempted to close a defined benefit pension scheme. This, they say, broke an Acas Agreement made in 2016 to keep the scheme open to existing members.

The spokesperson for AGS Airports said: “In regards to our final salary pension scheme, it is simply unaffordable with the cost to the company due to rise to 24.7% per employee. We tabled a generous compensation package for the remaining members, which again was rejected by Unite without first consulting its members."

The dispute centres on a pay claim and Glasgow Airport withdrawing from negotiations over its proposal to close its pension scheme to existing members.

Pat McIlvogue, Unite regional industrial officer, said: “Let us be absolutely clear. The airport management is attacking our members’ pay and their pensions, which have been accrued through years of hard work. It’s wages workers sacrifice today so they can live a decent life in retirement. It’s not an extra – it is earned. The fact is AGS Airports have broken an agreement to keep the existing pension scheme open.”

Furious security and other staff at Glasgow Airport joined the picket line on Monday June 10 to fight for their pension. The airport says the pension scheme is unaffordable. A further three days of disruption is scheduled.

Aberdeen International Airport will be struck by a strike of support personnel on July 20 after staff rejected a pay offer. A spokesperson for the airport said:...