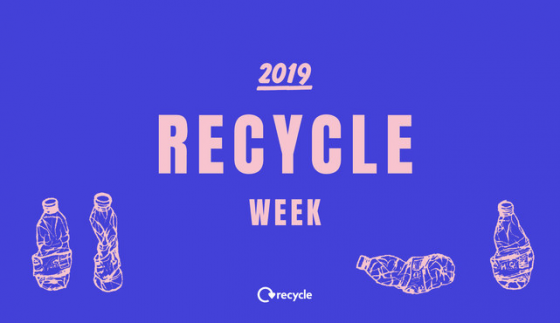 September 23-29 is Recycle Week with the theme  Recycling - It’s In Our Own Hands. The organisers state that 2018 was the year that Britain woke up to recycling. 2019 is the year we’re taking action.

Now in its 17th year, Recycle Week is organised by WRAP under the Recycle Now brand. A spokesperson said: "2019 is the year of the environmental activist. We’ve seen this through protests and marches. From Greta Thunberg to Our Planet and Sir David Attenborough – environmental concerns have never been so front of mind for the nation.

"We want to capitalise on this as it’s a golden opportunity for us to inspire and support citizens to take action and make recycling the new norm."

Recycle Week 2019 will be asking people to rinse, crush, squash, sort and separate. In the bathroom, the kitchen, the office and the great outdoors.

The spokesperson continued: "For Recycle Week 2018 we had the support of 80 business partners including John Lewis, Quorn, Aldi, Sure, Marmite, Tesco, Danone, H&M and many local authorities across the country. This year we have even more supporting the campaign."

Below are two videos from Recycle Week 2018