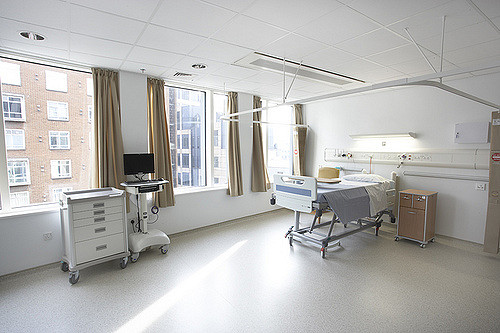 Workplace disability discrimination protection for cancer victims has been widened as a result of a landmark legal case which will now ensure that people suffering with ‘pre-cancer’ will be protected under the Equality Act 2010.

The case involved Christine Lofty who worked at First Café in Norwich for 14 years. In March 2015 a lesion on her face was diagnosed as pre-cancerous ‘lentigo malignia’ a form of melanoma. Mrs Lofty required biopsies, surgery and skin grafts and took sick leave from her work to undergo this potentially lifesaving treatment.

While Mrs Lofty was on sick leave her employer Sadek Hamis saw her in the street and decided that she had taken too much sick leave and dismissed her in December 2015.

Unite Legal Services took Lofty's legal case on - unfair dismissal and discrimination arising from disability under section 15 of the Equality Act 2010. The legal team asserted the pre-cancer cells amounted to having cancer which is considered a disability.

The Employment Tribunal was held in October 2016 and while Mrs Lofty won her claim for unfair dismissal the claim for discrimination was dismissed as the tribunal disagreed that she was disabled. The employment tribunal adjudicated that pre-cancer meant before cancer and that since Mrs Lofty was considered cancer free by September 2015 following successful early treatment, she had never had cancer.

The Employment Tribunal failed to take into account a letter from Mrs Lofty’s GP stating 'Mrs Lofty had cancer' and that 'pre cancer' is a medical term for cancer that is for the moment contained. It is often described as 'cancer in situ'.

Unite appealed the case to the Employment Appeals Tribunal (EAT) in January 2017, the appeal was heard in January 2018 and found in favour of Mrs Lofty.

In a written judgement, her honour Judge Eady QC, said: 'The Equality Act does not distinguish between invasive and other forms of cancer; it requires only that the claimant has cancer'.

Unite assistant general secretary for legal services Howard Beckett said: “Workers who experience the anguish of developing cancer at work will be reassured that their employer can’t simply dismiss them because of their illness, as this is now clearly understood that all forms of cancer are legally protected. This means that employers should be taking positive steps to make reasonable adjustments, as well as not discriminating by dismissal.

Thompsons Solicitors acted for Unite and Mrs Lofty. The case will now be referred back to an Employment Tribunal which will decide on Mrs Lofty’s claim for disability discrimination.

Picture: A cancer ward - for illustration only