Stigma of the Dump - Dispute is 70s' Throwback 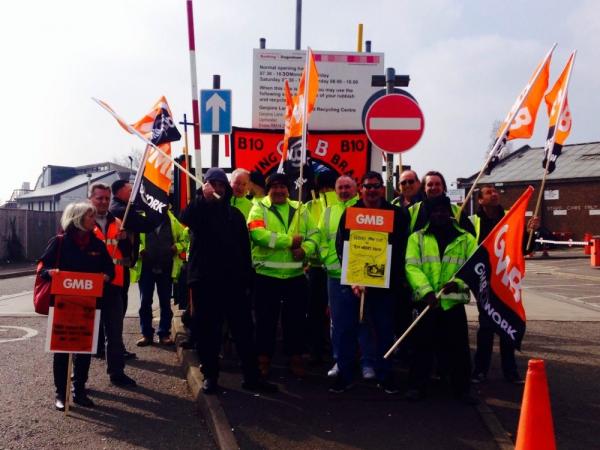 The GMB union is still determined to battle on in its dispute with Barking & Dagenham Council despite two other unions settling.

The two other unions that had been talked to were Unison and Unite and the Labour run council were pleased to get an agreement with them.

The dispute centered on a reduction in overtime from 30 minutes to 15 minutes and a one-off goodwill payment of £500 net for the average driver which the GMB still finds unacceptable. Recent talks involving ACAS have also failed to result in a settlement between the parties.

However, it contests that the agreement with the other unions had any practical impact on the dispute. “The London Borough of Barking & Dagenham (LBBD) management went behind our backs and did a deal with Unison and Unite who don't have any members involved in this strike,” stated Brian Strutton, National Secretary for Public Services, GMB. “I have to say that I just don't understand what those unions are doing, colluding with the council leadership to undermine an official strike. I do know what LBBD management are doing - splitting the unions to try to divide and conquer. It won't work.”

The council is adamant that with £39 million cuts to make over the next two, years, it would not agree to the demands of £5,000 per driver that the GMB sought.

"The GMB want a £5,000 one-off payment for each driver plus 20 minutes overtime which is clearly irresponsible at a time when we have to make significant savings and is not in the best interest of our residents,” stated Cllr Dominic Twomey, Deputy Leader of the Council and Cabinet Member for Finance. "There is no way we will let the GMB hold us or our residents to ransom. It would cost the council £690,000 in one-off payments alone [and] is the same as funding two big children's centres and all our satellite centres or one of our flagship libraries – Dagenham or Barking Learning Centre – or two of our smaller ones.”

Picture: The GMB remains adamant that it will not concede in its demands of Barking & Dagenham Council.