Symposium Launches to Encourage Domestic Abuse Awareness in the Workplace 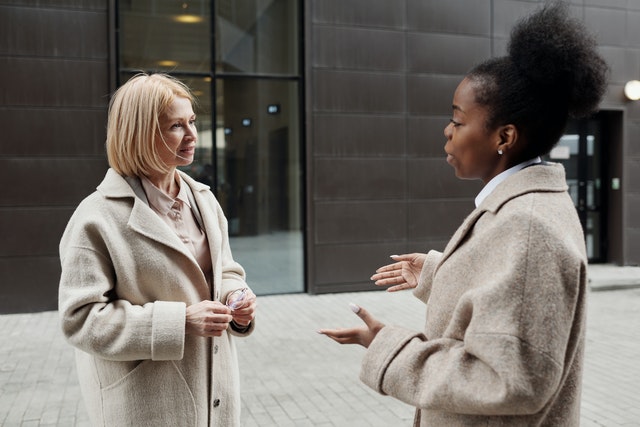 Headed up by FM consultant and domestic abuse campaigner Fiona Bowman, a Survivors Symposium to help break the cycle of abuse through awareness, prevention and early intervention in the workplace has launched.

Following the additional surge of calls to domestic abuse helplines during lockdown, a CIPD survey of UK employees found that just under a quarter (24 per cent) are aware of their employer having a policy or support in place on domestic abuse.

Through the Survivor’s symposium, survivors of domestic abuse will be able to share their experiences in a support-led environment and help inform future awareness sessions and training.

The symposium is part of Alpha Vesta CIC, a community interest company founded last year by Lucy Whittaker, who has spent many years working as a frontline domestic abuse practitioner.

Fiona Bowman lived with domestic abuse for several years, and was only able to safely leave her situation with help from her employer at the time. Bowman has since campaigned passionately about the important role employers can play in recognising abuse and supporting survivors.

The symposium was launched with an interview with Bowman, where she explains her story and her reasons for her involvement in the campaign.

Embedding a Culture of Understanding

Alpha Vesta argues that the workplace is a natural place to “embed culture and understanding around domestic abuse” and that domestic abuse causes a ‘ripple effect’ in the workplace, where the impact is felt across the whole organisation.

A Home Office Study released in 2019 on the social and economic costs of domestic abuse estimated them to be £66 billion per year with £14 billion of that as a direct cost to the economy in terms of lost economic output.

High absenteeism, lateness, impact on mental health and wellbeing sit very prominently but studies have also shown that one in two victims of domestic abuse said their work colleagues were also affected and one in ten will have to leave their job due to the abuse (Opinium Research commissioned by Vodafone, 2019).

“The workplace can often be one of the few places that a person experiencing abuse can be separate from their abuser, and therefore the place where people are able to ask for and access support.”

Alpha Vesta runs a variety of fully-funded online domestic abuse workshops across Essex as well as commissioned training across the country.

Their workshops look at domestic abuse from different perspectives in order to embed culture and build understanding around domestic abuse, its complexity and it's impact as well as providing robust skills in recognising the signs and responding safely and effectively.

The Chartered Institute of Personnel and Development (CIPD) and Equality and Human Rights Commission (EHRC) are publishing new guidance for employers, setting out how to recognise and support staff experiencing domestic abuse.

The new guide, “Managing and supporting employees experiencing domestic abuse”, sets out a four-step framework of what employer support could look like. This includes recognising the problem, responding appropriately to disclosure, providing support, and referring to the appropriate help.

Claire McCartney, Senior Policy Advisor at the CIPD, commented: “There is evidence that incidences of domestic abuse have increased as a result of the pandemic and related restrictions, which have seen many more people working from home. It’s important that employers are knowledgeable about this issue as they are ideally placed to offer a lifeline to those experiencing it.

"The workplace can often be one of the few places that a person experiencing abuse can be separate from their abuser, and therefore the place where people are able to ask for and access support.

“Employers should have a clear policy in place to support employees experiencing domestic abuse, be able to signpost them to professional support and offer the flexibility required to be able to access that support. It is therefore essential that line managers are trained in how to effectively support people in the workplace and signpost them to that profession

Picture: a photograph of two people having a discussion on the street

The Statutory Sick Pay system is broken and needs urgent reform, the CIPD, the professional body for HR and people development, is warning.   The call to...

In what's becoming known as a "pingdemic", organisations are facing mass staff shortages because employees have been advised to self-isolate through...