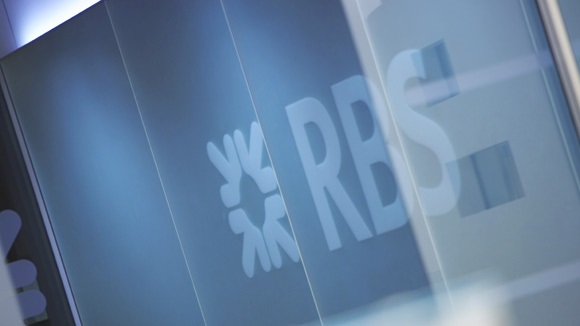 The Royal Bank of Scotland, which had made contingency plans to leave Scotland and head to London if the Scottish referendum on independence had gone in favour of 'Yes', has already declared those plans null and void following the big 'No'.

It was estimated that just three companies leaving Scotland - RBS, Lloyds Banking Group and Standard Life - could have affected 50,000 jobs - and a substantial property portfolio.

Neither Lloyds Banking Group nor Standard Life have updated their positions but both are expected to follow RBS which stated this morning: 'The announcement we made about moving our registered head office to England was part of a contingency plan to ensure certainty and stability for our customers, staff and shareholders should there be a ‘Yes’ vote. That contingency plan is no longer required. Following the result it is business as usual for all our customers across the UK and RBS.

The Royal Bank of Scotland has made contingency plans to move its property headquarters in Scotland and head to London if the Scottish referendum on independence goes in favour of 'Yes'.

According to the BBC this morning, a Treasury source has revealed plans have been discussed. RBS has felt compelled to respond with the following:

'In response to press speculation in relation to re-domicile, The Royal Bank of Scotland Group confirms that, as set out in the risk disclosures in RBS’s Annual Report, there are a number of material uncertainties arising from the Scottish referendum vote which could have a bearing on the Bank’s credit ratings and the fiscal, monetary, legal and regulatory landscape to which it is subject. For this reason, RBS has undertaken contingency planning for the possible business implications of a ‘Yes’ vote. RBS believes that this is the responsible and prudent thing to do and something that its customers, staff and shareholders would expect it to do.

'As part of such contingency planning, RBS believes that it would be necessary to re-domicile the Bank’s holding company and its primary rated operating entity (The Royal Bank of Scotland plc) to England. In the event of a 'Yes' vote, the decision to re-domicile should have no impact on everyday banking services used by our customers throughout the British Isles. However, RBS believes that it would be the most effective way to provide clarity to all our stakeholders and mitigate the risks previously identified in our Annual Report.

'The vote on independence is a matter for the Scottish people. Scotland has been RBS's home since 1727. RBS intends to retain a significant level of its operations and employment in Scotland to support its customers there and the activities of the whole Bank'.

Others potentially flying south this winter

Rumour has it that Lloyds Banking Group (the UK public owns 25% is the owner of Bank of Scotland and the Halifax) might relocate some of its business - the firm is trying to keep a lid on its plans despite considerable interest from its customers. Meanwhile, Standard Life has made a firm commitment to quit an independent Scotland.

HSBC has confirmed today that the head office of its UK ring-fenced bank, serving HSBC UK’s personal and business customers, will be located in Birmingham. As a...