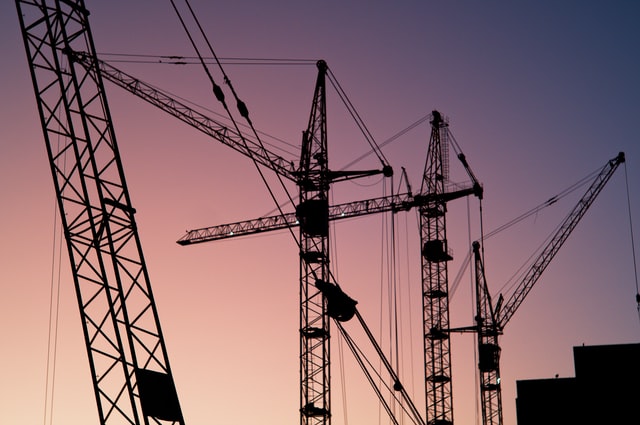 The construction industry in Britain is experiencing the most significant increase in its workload in five years, according to the latest RICS Global Construction Monitor.

The Royal Institution of Chartered Surveyors (RICS) says that the global construction market appears to be firmly on a recovery footing in the first quarter of 2021.

The RICS Global Construction Activity Index, a measure of current and expected construction market conditions among construction professionals, has risen to +14 in Q1 2021 up from +3 in Q4 2020. 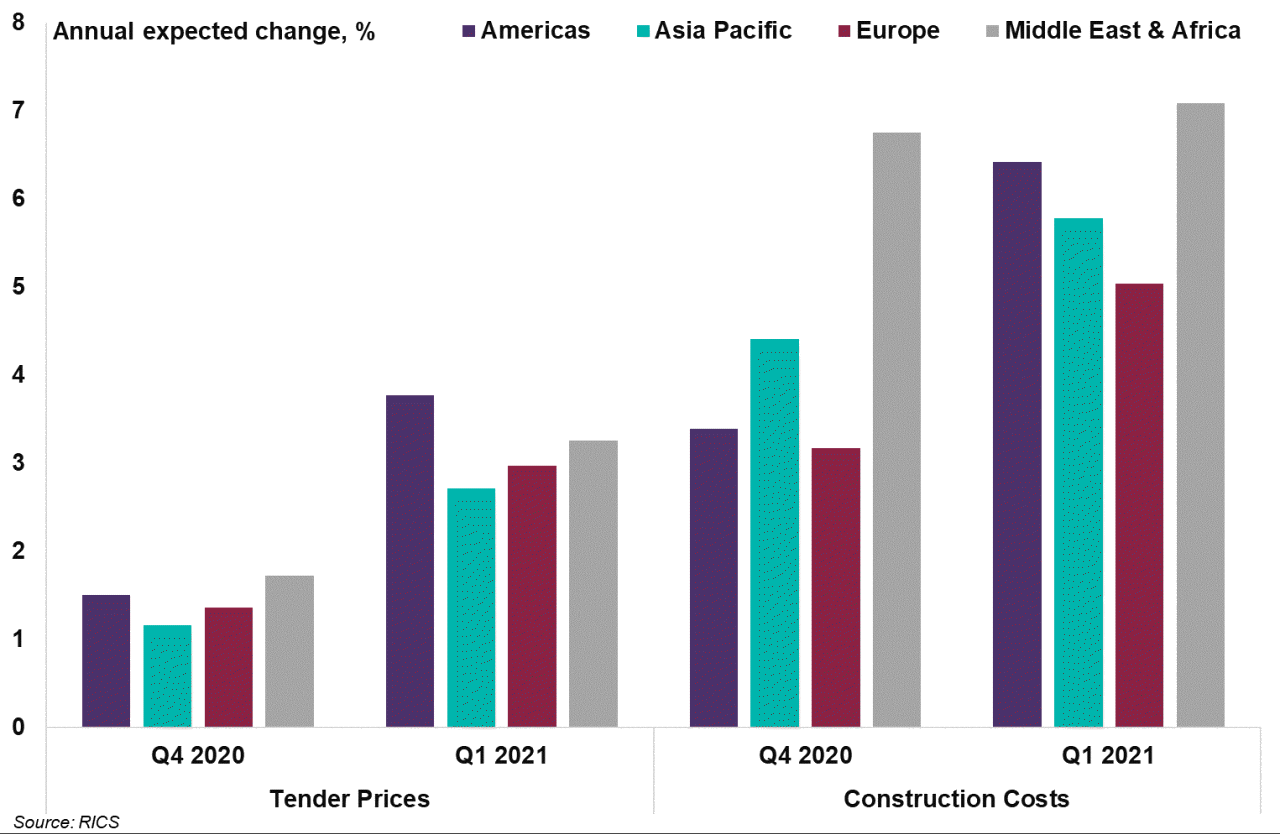 Picture: a graph showing the tender prices and construction costs regionally, during Q4 of 2020 and Q1 of 2021 Image Credit: RICS

Increase in Tenders and Costs

As seen in the data above, upbeat expectations for workloads over the next year may be driving the larger increases in tenders and costs. Workloads are generally expected to rise over the coming twelve months.

There are exceptions, with some markets in the Middle East and Africa (Oman, Kenya and Mauritius) expecting a fall in workloads.

As part of the Q1 2021 survey, respondents were asked additional questions about the impact of the pandemic on construction markets.

When asked about the impact on productivity on construction sites, participants responded that onsite productivity is expected to decline 6.7 per cent per globally because of COVID.

This is less than the decline expected in the Q2 2020 survey, when respondents expected an 11.7 per cent decline in onsite productivity, signifying that the impact on productivity from the pandemic may not be as bad as initially expected.

Cost of Materials a Continued Challenge

Sean Ellison, Senior Economist at RICS commented: “With few exceptions, RICS professionals in most global markets expect a pickup in construction market activity across all segments of the market over the next year.

However, the recovery is not without its challenges. Increasingly respondents are pointing out difficulty in sourcing materials amid supply chain bottlenecks; which appear to have resulted in the cost of materials pushing up overall construction costs. In markets that rely on migrant labour, the persistent restrictions on mobility have led to a shortage of labour.

"As a result, construction costs are expected to rise twice as much as tender prices over the next twelve months, which will undoubtedly put margin pressure on construction firms.”

Picture: a photograph of a construction site at night