UK Construction Week - Expo Gets Off To A Digital Start 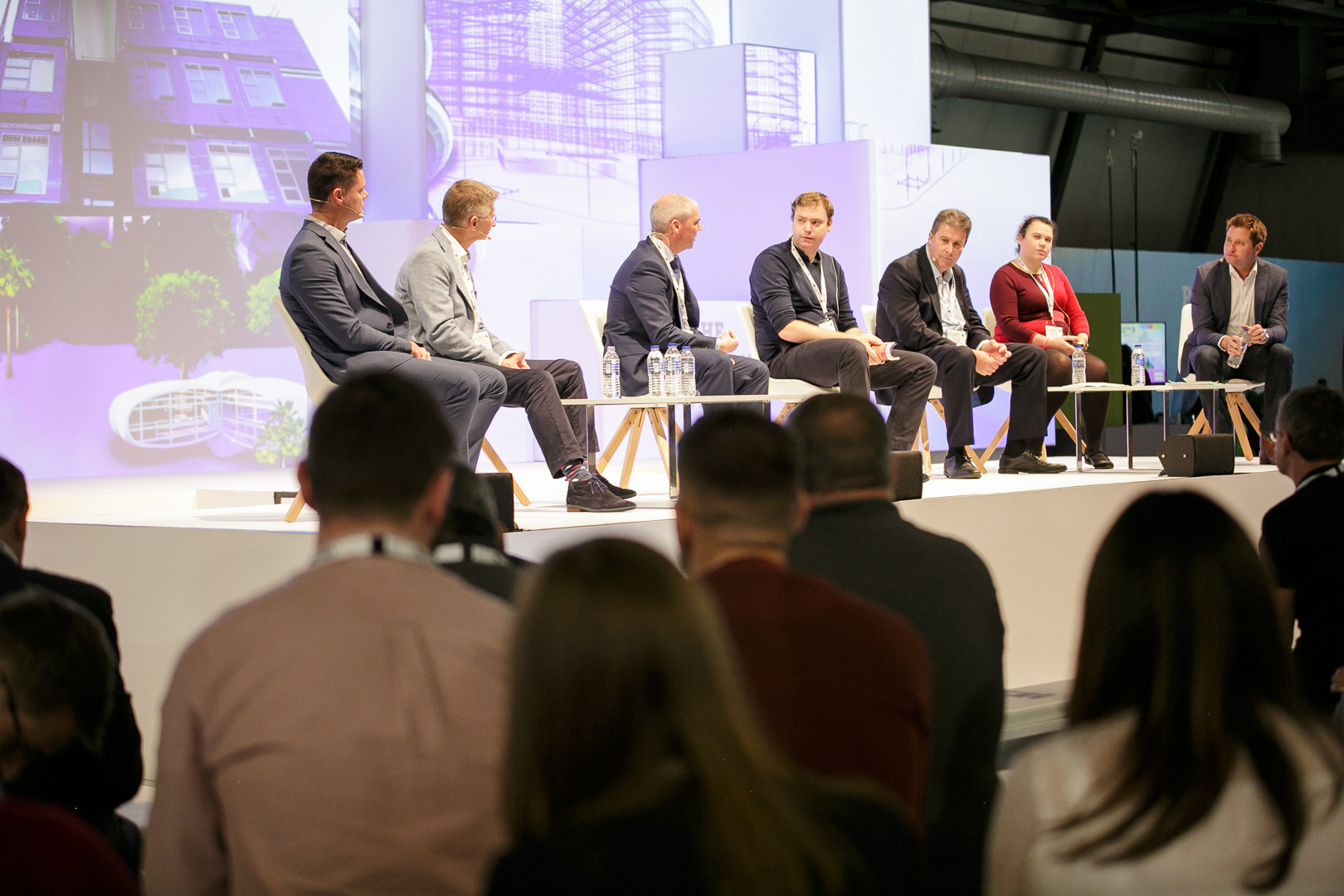 The conclusions drawn from the opening debate at this year’s UK Construction Week, which closed on Thursday at Birmingham's NEC, is the future success of digital construction lies with improved planning, more consistent procurement by government, integrated software systems, the education of the young and the development of hybrid solutions that don’t scare the industry.

Chaired by architect and TV presenter George Clarke, a panel of digital construction experts took the discussion on to a new level compared to previous years. Offsite construction, BIM and even the use of robotic technologies on site were all acknowledged as established solutions – but what matters now is how these are applied and approached with a completely different mindset, the panellists agreed.

“We are at a point of acceptance of BIM,” said David Clark, head of manufacture and innovation at offsite specialists McAvoy. “We all want to take digital data and bring this to the front line of manufacturing. But we need a long-term pipeline coming through – a guaranteed demand which unlocks investment.”

The role of Government was central to this, as the industry’s largest client responsible for 40% of the sector’s capital expenditure, explained Mark Bew, chairman of PCSG. It’s hard to be a client, Bew acknowledged, as he told the packed auditorium about what he described as 'the first glimmer of hope' – outcome-based contracting and new forms of procurement which are now starting to be used and which lift the requirements around data. “It’s now an adult-to-adult conversation, not adult-to-child approach,” he said.

He also urged greater Government uptake of common components which, just as in the car industry, allow a huge variety of customisable products for the end-user but essentially all stem from a simple, standardised portfolio of parts.

Lara Ayris, MD of Waste Plan Solutions, expressed concern about disjointed software solutions which were still not talking to each other and the problems of getting BIM models to reflect the real world but Raphael Scheps, CEO of Converge, explained how sensors in-built into building materials are now starting to cross-reference and validate the on-site reality with the digital models used at design stage.

In the strong international line-up on the UKCW stage, Grant van Wyk, founder of Future Construct and Automation, also told of robotic scanners which check for performance against design, and SAM – the Semi-Automatic Mason – which is possibly a more culturally acceptable form of automation in construction.

“SAM is a co-bot, not a robot,” he explained. “It works alongside traditional trades and makes their work more interesting and enjoyable. These are the incremental steps we need, otherwise the shift is too large. We need easy-to-use interfaces.”

From Eindhoven University of Technology, Theo Salet emphasised the essential role of education and the way companies and students are increasingly working, exploring and learning together about the best ways to apply digital construction. “It’s multi-skilled workers we will be looking for in the future,” he said.

Again hybrid solutions appear to work best at the moment – George Clarke himself admitted that MOBIE, his new education initiative, is developing courses which integrate traditional construction with digital, in order to gain wider builder take-up.

Despite their continued frustration at the pace of change, the panel provided plenty of evidence of the take up of digital construction and ended with a strong call for increased R&D, based on data and learning from what is currently happening. “We need to look at how it performs and listen to how these new systems, and system of systems, really work,” said Mark Bew.

This virtuous circle and learning loop came up in other presentations too. Elsewhere at the show, building quality and safety were hot topics across the UKCW seminar and CPD programme and culminated in RIBA’s official launch of its Building in Quality tracker. Developed in partnership with the Chartered Institute of Building and the Royal Institution of Chartered Surveyors, RIBA president Ben Derbyshire introduced the tracker and details of the five-month pilot set to transform building safety forever.

Other show highlights included Lord David Blunkett, Heathrow Skills Taskforce, talking about strategies to address the skills gap in construction; roperty expert and TV presenter Kunle Barker leading a vibrant panel discussion on diversity, equality and inclusion; and The launch of the Passivhaus 2019 student competition, aiming to arm the next generation of architects and designers with the tools and design skills needed to deliver sustainable buildings.

Nathan Garnett, UKCW event director, said: “Today has been a powerful opening day. The calibre of debate has been higher, more detailed and more positive than in previous years, and the examples of innovation and best practice are more plentiful. Combined with record numbers for a first day, I’m confident that this show is delivering on its promise to make visible the future of construction.”

Companies that are still paper-use heavy risk losing staff to tech-savvy competitors says a report as two thirds of employees admit they would prefer to work for a trade...