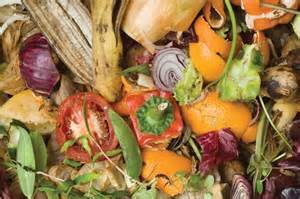 Sodexo recently executed a global campaign, WasteLESS Week, to raise awareness of what sites can do to reduce their carbon footprint and be more responsible when it comes to waste.

In the UK and Ireland, Sodexo’s 2,300 sites were invited to take part, having already made strides in reducing waste by working in partnership with clients, and through implementing the Better Tomorrow Plan – the company’s sustainability strategy to 2020.

By channeling all efforts across its operations, WasteLESS Week gave Sodexo the opportunity to actively become involved with its clients and onsite teams, to further reduce waste and highlight the continuing importance of the campaign.

Initiatives adopted by Sodexo UK and Ireland included car sharing, implementing a self recycling scheme which saw an 86% pick-up rate, and re-using materials on site, which would otherwise have been wasted.

Head of waste management, Claire Atkins Morris said: “WasteLESS Week has been a fantastic initiative and very well received by the business. Sodexo serves more than 75 million consumers a day worldwide so we play a crucial role in helping to reduce waste globally.”