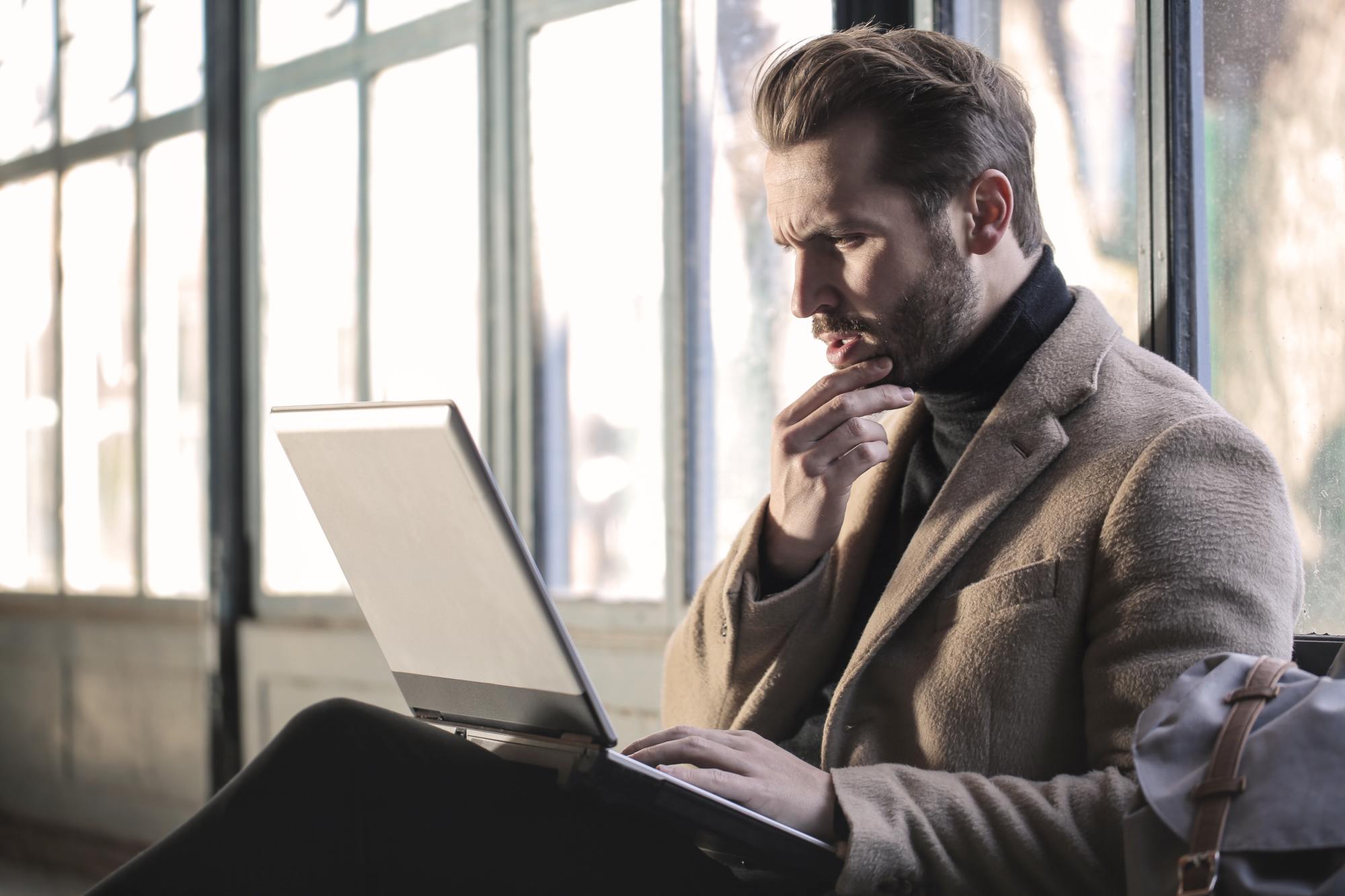 We take a look at why this awareness day is so important and the role employers play in creating a more gender-balanced society.

Observing the influx of celebratory International Women’s Day posts on their social feeds understandably causes many to ask the obvious, "when’s International Men’s Day then?"

Though many pose this as a genuine query, the tone of others is decidedly snide – seemingly based on the assumption that there isn’t such an occasion. And some even suggest that feminists would be against it. In most cases, what these commentators fail to grasp is that feminism is about equality. So, of course, the simple answer is, "Yes! International Men’s Day is celebrated every year on 19 November by over 70 countries around the world."

It’s now widely recognised that we all benefit from a more gender-equal society – fostering attitudes of acceptance and ensuring the relevant legal and organisational frameworks are in place to support this, creates more choice for all genders and moderates the toxic attitudes that have been perpetuated for decades.

Just like International Women’s Day (IWD), International Men’s Day (IMD) serves as an awareness day to safeguard men from discrimination, exploitation, oppression, violence and inequality. It's an opportunity for everyone, of all genders to consider how we can affect change in respect of men’s rights, health and wellbeing.

“On November 19 International Men’s Day celebrates worldwide the positive value men bring to the world, their families and communities. We highlight positive role models and raise awareness of men’s well-being.”

Last year’s theme was about leading by example, exploring how men can be positive male role models.

In addition to the overarching theme, the website sets out six pillars of International Men’s Day:

There have been many developments in workplace rights for men over the past few decades since IMDs inception – here’s a brief rundown:

Whilst shared parental leave was perhaps the biggest leap forward in terms of creating gender equality in the workplace, sadly the take-up rate is low as law firm EMW uncovered through analysis of publicly available HMRC data – analysts found that less than one in three new fathers take paternity leave. Jon Taylor, of EMW, explains:

“Shared parental leave is a very well-meaning policy, but it has not yet made any significant inroads into the issue of men being unable to take paternity leave. In fact, the gap between men and women taking time off for the birth of a child is actually widening.

… going on the official figures, it is worrying that the number has not moved in the last six years despite all the encouragement for men to take more paternity leave. That combined with the relatively low take up of shared parental leave calls into question whether ‘family friendly’ policies are really working.”

It seems our Prime Minister may have been paying attention to last year’s IMD theme – Boris Johnson has pledged to take the two weeks' statutory paternity leave entitlement after his partner Carrie Symonds gives birth to their first baby together, in a bid to set an example to new fathers. Although the possibility of this having an impact on other working fathers seems uncertain, as David Cameron took paternity leave following the birth of daughter Florence in 2010, to little avail.

Family-friendly employers and the impact on men's mental health

Employers have a huge role to play in developing gender parity. When it comes to parental rights, affording the same entitlements for all genders is a crucial step forward. And this can’t just be on paper – it should be embedded in the fabric of organisational culture. What’s laid out by HR in your employee handbook needs to be translated into real cultural change – that’s what makes awareness days such as IMD so important. Because without, people might lose sight of this society-changing aspect.

Historically, men taking time off to care for their children – whether it be immediately after birth, due to illness or for any other of the dozens of commitments requiring a parent’s presence – has been deemed a luxury rather than a right. But it’s now widely accepted that men taking an active role in childcare responsibilities is beneficial for everyone – IMD places emphasis on the role of employers to ensure that male employees feel comfortable to do this without any damage to their careers.

In a recent study, titled The health and well-being of men in the WHO European Region: better health through a gender approach, the World Health Organisation discovered that men’s health and wellbeing is better in more gender-equal societies. Men claim to be more satisfied with life when division of labour is more balanced between the genders.

The study also found that in more gender-equal societies such as the Nordic countries, men sleep better and are half as likely to be depressed or die by suicide. And considering that 76 per cent of deaths by suicide are men, tackling this statistic needs to be prioritised.

Considerations in the FM Sector

A recent Maxwell Stephens salary survey suggests that around 70 per cent of the FM industry is made up of male employees and that flexible working is high on their agenda. With the general consensus being that FM is not a ‘9 to 5’ industry and often requires long or unsociable hours, the sector needs to consider how it can compensate for this and support a better work-life balance in which fathers can take an active role in family life. Enforcing a reasonable lieu time policy and ensuring the working time directive is adhered to is a good place to start, but that ought to be the bare minimum.

Construction company, Sir Robert McAlpine is proving to be a forward-thinking employer by supporting the Flex Appeal campaign, which champions flexible working solutions to promote improved mental health, among other benefits. CEO Paul Hamer is convinced that promoting a better work-life balance to employees is a smart move, stating: "To us, allowing everyone the flexibility to adjust their work to suit demanding life circumstances, whatever they are, is the path to greater inclusion." He has also linked this initiative to a commitment to tackle worrying suicide rates in the construction industry:  "Suicide rates in construction workers are unacceptable and if flexible working can help, then I am determined that we try."

The Crown Prosecution Service (CPS) – an organisation which is well-versed in the issues and challenges around mental health – is among the top family-friendly workplaces according to the work-life balance charity Working Families. The CPS proudly states on its careers page:

"We offer you the opportunity to have a very real impact on society, the freedom to use your judgement and the chance to experience challenging and varied work.

All in a supportive environment that is invested in seeing you make the most of your life inside work and out.

The CPS is committed to attracting and retaining people from across the full range of backgrounds and enabling flexible ways of working. We offer maternity, adoption or shared parental leave of up to 26 weeks' full pay followed by 13 weeks of statutory pay and a further 13 weeks unpaid, and paternity leave of two weeks' full pay."

So, whilst International Women's Day is better known and more widely celebrated, the importance of International Men's Day is clear. As well as serving as a platform to encourage men to utilise the rights that have been proven to increase happiness, it creates a space to discuss the pressures on men and the impact on their mental health – combined, these could instigate a much-needed reduction in the male suicide rate and hold the power to improve mental wellbeing across the board.

You can read more about family-friendly policies for employers at GOV.UK here.

April is Stress Awareness Month, and people working across every industry are experiencing a significant increase in pressure. Flexible working campaigner Anna...

How To Recognise The Signs Before You’re Burned Out

According to the HSE, around 15.4 million working days were lost as a result of work-related stress or anxiety last year, writes Lucinda Pullinger, with 23% of full-time...

Conference Rooms to be Offered as Flexible Office Space

A provider of conference and training facilities has today announced that three of its eight venues will be available to rent as flexible office space on an hourly,...

30 Per Cent of all Office Space Will be Consumed Flexibly by 2030, says JLL

According to a global study of 3,000 workers, most desire the ability to have the option to work from home 1-2 days per week on average. Employees are proving keen to...

From whimsical wonderland scenes to Sunseeker-inspired spaces with stunning views, Office Space in Town (OSiT) offers a range of quirky workplace solutions, which are...

It’s Men’s Health Week 2020, and Terry Sharp, President of the BCIA, discusses the pressure on mental health in the building controls sector and how it may...