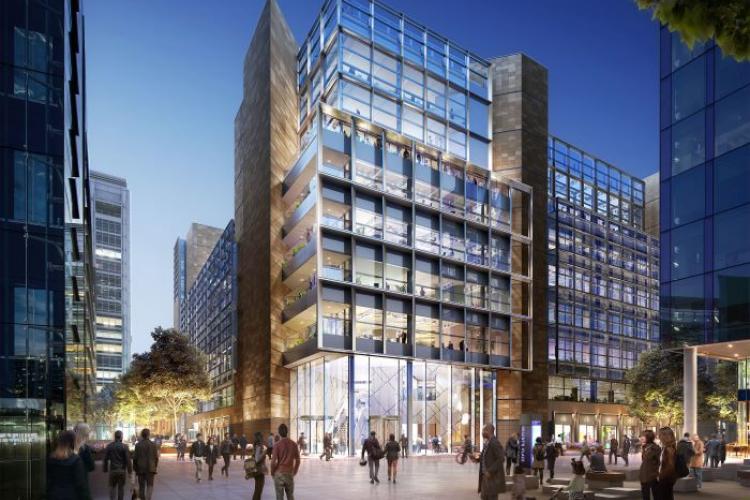 British Land is celebrating the practical completion of 1 Triton Square at Regents Place. This sustainable refurbishment is a result of genuine collaboration and a shared vision with Arup and Lendlease.

They are reaching new heights of environmental performance by delivering their first BREEAM Outstanding building, signed off at the design stage. It will achieve a 44 per cent carbon saving in construction and operation versus a typical new build alternative.

"It’s a great example not only of our outstanding performance on sustainability and collaborative approach to development, but also our long-term relationships with customers."

1 Triton Square was originally designed by Arup for British Land in the 1990s. Twenty years later, they decided to adapt the building for today’s work-styles. Lendlease has worked on earlier construction projects at Regent’s Place and has its European head office on the campus.

For others, demolishing the building and creating something new might have been the favoured option, but British Land took a circular economy approach, considering how much could be retained and reused.

The project team rose to this challenge – collaborating and innovating to keep as much of the existing façades and superstructure as possible, while adding three extra floors and doubling the lettable area of the offices, all without increasing the amount of plant space. This amounted to substantial construction cost savings and faster development process compared to a like-for-like new build. For instance, the circular façade cost 66 per cent less than a new equivalent.

They also incorporated a range of wellbeing and efficiency features in the project and engaged with the local community, as set out in British Land’s Sustainability Brief for Developments. These included:

To find marginal gains to improve performance, Team Triton chipped away at every aspect of the project to save carbon, cut waste and deliver the best working environment for customers. A whole life carbon assessment was made using the RICS framework.

“1 Triton Square marks the latest phase in the evolution of Regent's Place," said Tim Downes, Development Director at British Land. "It’s a great example not only of our outstanding performance on sustainability and collaborative approach to development, but also our long-term relationships with customers.

"We’re delighted that Dentsu Aegis Network has chosen to stay on the campus, bringing their team together at 1 Triton Square, and we look forward to continuing to work with them to meet their evolving needs.”

British Land has achieved a five-star rating in GRESB’s annual sustainability assessment, putting it in the top 20 per cent of global participants. The Global...