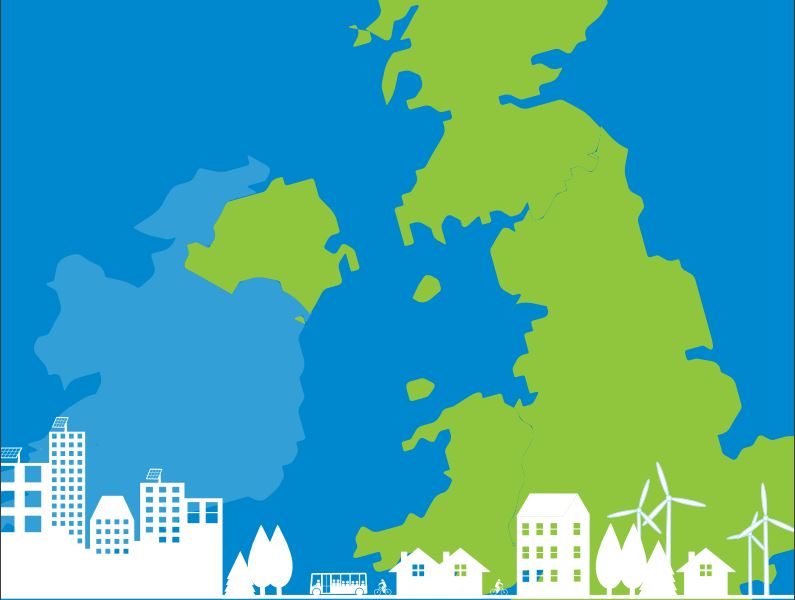 The UK can end its contribution to global warming within 30 years by setting ambitious new targets to reduce greenhouse gas emissions to zero by 2050, the Committee on Climate Change said on May 2.

Ten years after the Climate Change Act became law, now is the right moment to set a more ambitious goal, the Committee on Climate Change (CCC) believes. Achieving a ‘net-zero’ target by the middle of the century is in line with the UK’s commitment under the Paris Agreement - the pact which the UK and the rest of the world signed in 2015 to curb dramatically the polluting gases that cause climate change.

Scotland has greater potential to remove pollution from its economy than the UK overall, claims the CCC and can credibly adopt a more ambitious target of reaching net-zero greenhouse gas emissions (GHGs) by 2045.

Wales has slightly lower opportunities than the UK as a whole, thus should adopt a target for a 95% reduction in greenhouse gas emissions by 2050, compared to 1990 levels.

A CCC spokesperson said: "This is a crucial time in the global effort to tackle climate change. Global average temperature has already risen by 1°C from pre-industrial levels, driving changes in our climate that are apparent increasingly. In the last ten years, pledges to reduce emissions by the countries of the world have reduced the forecast of global warming from above 4°C by the end of the century to around 3°C.  Net-zero in the UK would lead the global effort to further limit the rise to 1.5°C."

The Intergovernmental Panel on Climate Change (IPCC) has emphasised the vital importance of limiting further warming to as low a level as possible and the need for deep and rapid emissions reductions in order to do so.

The CCC’s recommended targets, which cover all sectors of the UK, Scottish and Welsh economies, are achievable with known technologies, alongside improvements in people’s lives, and should be put into law as soon as possible, the Committee states.

Falls in cost for some of the key zero-carbon technologies mean that achieving net-zero is now possible within the economic cost that Parliament originally accepted when it passed the Climate Change Act in 2008.

The Committee’s report finds that:

In addition, the UK could receive an industrial boost as it leads the way in low-carbon products and services including electric vehicles, finance and engineering, carbon capture and storage and hydrogen technologies with potential benefits for exports, productivity and jobs.

Lord Deben, Chairman of the Committee on Climate Change, said: “We can all see that the climate is changing and it needs a serious response. The great news is that it is not only possible for the UK to play its full part but it can be done within the cost envelope that Parliament has already accepted. The Government should accept the recommendations and set about making the changes needed to deliver them without delay.”

CIBSE Technical Director Hywel Davies, said: "In the buildings sector, the committee recognises that the foundations for a net zero target are in place but has called for a 'major ramp-up of policy effort' to deliver energy efficient buildings and low carbon heating across the sector and the stock. They are quite explicit about the need for greater urgency to deliver progress, describing current plans as 'insufficiently ambitious' or 'proceeding too slowly, even for the current 80% target'.

"They comment that more than ten years after the Act was passed, 'there is still no serious plan for decarbonising UK heating systems and no large-scale trials have begun for either heat pumps or hydrogen'.

"This really is a wake-up call for the building services sector. We need to take a serious look at how we can deliver effective low or zero carbon heating at scale, which is essential to meeting a zero carbon target rather than the current 80% reductions."

The incoming CIBSE President has outlined the growing relevance of building services engineers to the challenges facing societies. In her inaugural address, Professor...