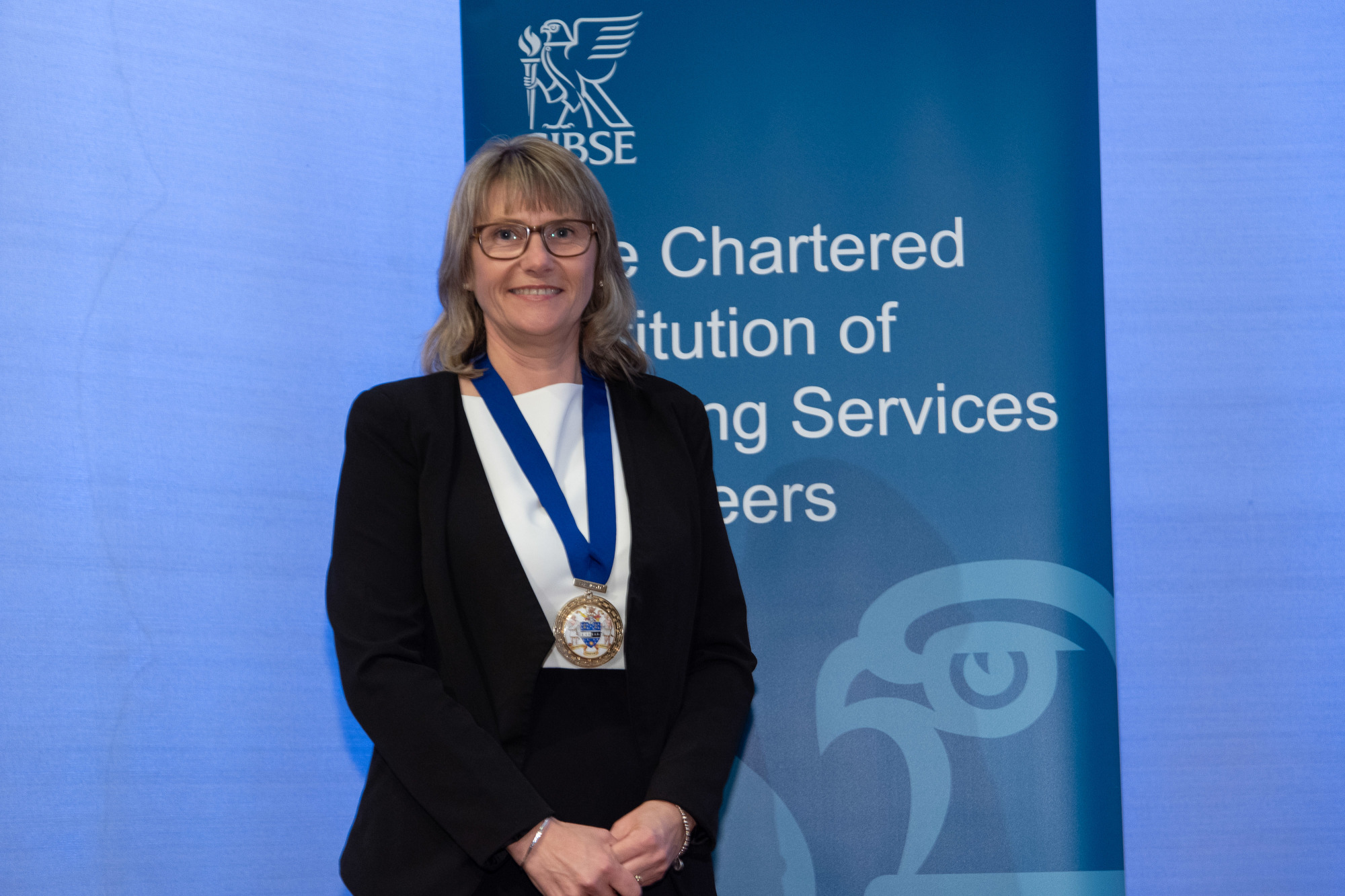 The incoming CIBSE President has outlined the growing relevance of building services engineers to the challenges facing societies.

In her inaugural address, Professor Lynne Jack acknowledged that she was taking office at a time of unprecedented uncertainty and change. She identified climate change and adoption of digital technology as areas where CIBSE expertise is playing an increasingly important role in delivering safe, healthy and affordable buildings.

Focusing first on climate change, a topic that is rapidly reaching the top of the political agenda in many countries, Professor Jack said: “We see progressively more challenging commitments to carbon reduction levels and a significant acceleration of decarbonisation required.”

Professor Jack believes that delivering on these targets requires collaboration both throughout the UK built environment and across international borders, embracing the potential of digital design technologies and developing more collaborative working practices to provide safe, healthy, functional and sustainable buildings that are not only fit for purpose today but are also adaptable to future climate change.

While highlighting the demand for the particular skills embodied by CIBSE members, Professor Jack also focused on the challenge of attracting and retaining highly skilled practitioners to the sector. The new President noted successful recent CIBSE recruitment campaigns and the rising percentage of female practitioners in both graduate and student membership and among the CIBSE Fellows (the most senior membership grade). “Supported by the work of our inclusivity panel we have a strong focus on increasing the proportion of female members and registrants. We also seek to embed an enhanced level of awareness and understanding of diversity and inclusion throughout the Institution,” Professor Jack said.

Over half of UK adults say that they are ready to learn new skills or completely retrain in order to improve future employability - only 11% say they are not. Yet...

The programme for CIBSE's November Build2Perform Live has been revealed with over 60 free-to attend sessions taking place at London’s Olympia on 21 and 22...

According to a report in The Telegraph, mandatory unconscious bias training has led to several resignations at the National Trust. Some volunteers have taken issue...