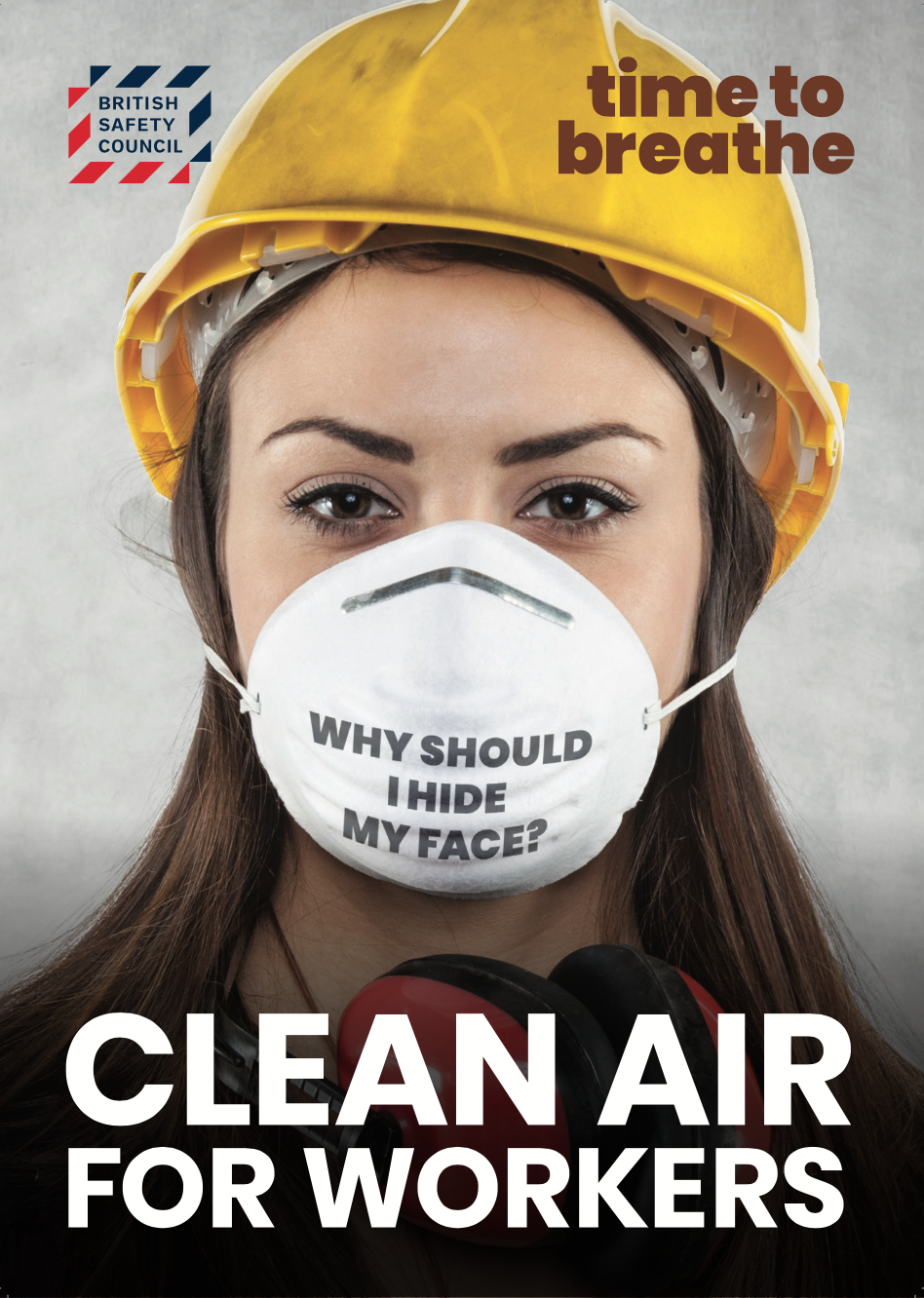 There is no excuse for inaction or ignorance on air pollution is the message coming from the #AirWeShare campaign which is calling for urgent action on protecting outdoor workers from respiratory harm.

The British Safety Council, alarmed by new research by Hubbub (the charity acting on environmental concerns), has put their resources behind the #AirWeShare campaign and has drafted a letter for any employer of concerned citizen so send to their MP - see below.

Hubbub ran the research in cooperation with King’s College London and The Times. The trial was set up to examine how air pollution affects people living and working in London and what can be done to minimise people’s exposure. There were ten participants with varying lifestyles and occupations who used portable monitors that tracked their air pollution exposure levels for a week. Among them were outdoor workers, i.e. an HGV driver, a construction site engineer and a construction worker.

The British Safety Council launched its Time to Breathe campaign in March to focus on the protection of outdoor workers from air pollution. The charity will work with the #AirWeShare campaign to put pressure on the government, regulators and employers to ensure that:

Andrew Grieve, Senior Air Quality Analyst at King’s College London, who conducted the air quality monitoring for the Hubbub trial, said: "In the Hubbub study, the second highest exposed person after the lorry driver was the construction worker. Outdoor workers have been overlooked in the air quality debate, yet this data shows that they are one of the most exposed groups, often spending their working lives near traffic and machinery.

“The Canairy App we developed with the British Safety Council allows us to begin to build a better picture of outdoor workers’ exposure and hopefully to empower employees and employers to take action to reduce exposure to pollution over the long-term."

Matthew Holder, Head of Campaigns at the British Safety Council, said: “We can see from these results that if you work outdoors, drive or commute in a polluted area, your health is at risk. Meanwhile, employers are burying their heads in the sand and waiting to see if the government and the regulators are going to act. We need to act now. Otherwise, we will look back, as we do with asbestos and ask ourselves why we failed to prevent harm.”

Letter will they bottle?

Will MPs in fear of their jobs already take to the challenge or lose their bottle and turn a blind eye?

The British Safety Council is urging everyone to write to their MPs to request more is done to protect outdoor workers from the dangers of ambient air pollution.

The letter reads - in edited form. Use the download link for the full text:

I am writing as one of your constituents to ask you to request that the Department for Work and Pensions and Department for Environment, Food and Rural Affairs do more to protect staff who work outdoors from the dangers of ambient air pollution. Even with new developments such as Low Emission Zones in our cities, air pollution is still too high to be safe.

Air pollution, linked to as many as 36,000 early deaths a year in the UK, is now recognised as the biggest environmental risk to public health. It is a legacy of years of inaction by regulators and public bodies which choose to ignore the mounting evidence of the impact of air pollution on our health and lives.

I am deeply concerned that we are ignoring a present health risk to the thousands of people around the country who work outside for a living.

As we are protected by law from the harm of specific toxic substances such as asbestos, we must also be safeguarded from the dangers of air pollution. This protection should be enshrined in law as a fundamental human right.

As my representative in Parliament, I would be grateful if you could write to both Secretary of State for Work and Pensions and the Department for Environment, Food and Rural Affairs with these requests. I would be grateful for a copy of your letter to the Ministers and any replies.

To apply to use the Canairy App - Click Here