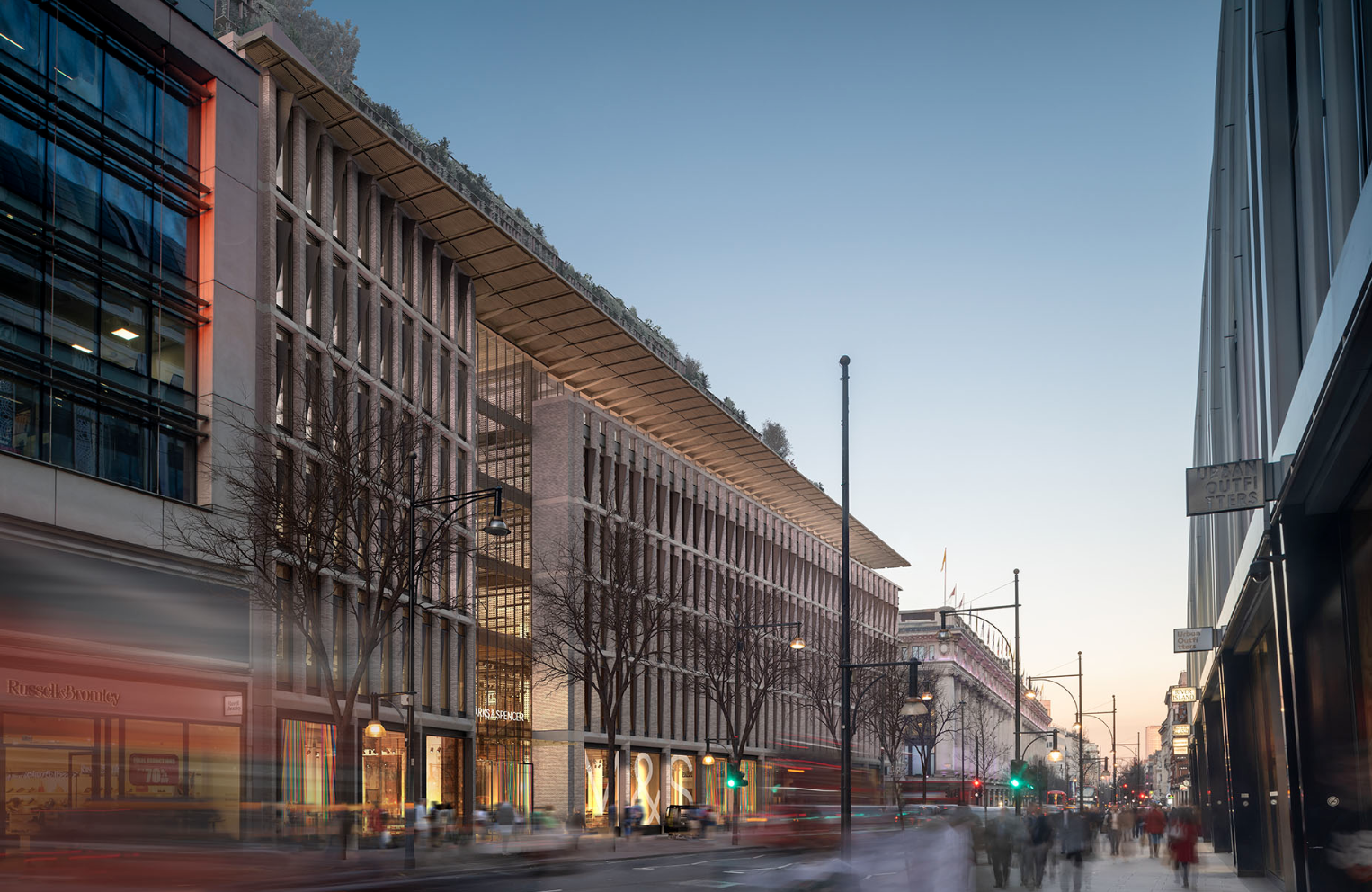 SAVE Britain's Heritage campaigners are crowdfunding to help save M&S’ flagship Oxford Street store ahead of a two-week public enquiry on the matter in October 2022.

The group argues that the proposed demolition plan at the former M&S Department Store, known as Orchard House at 458 Oxford Street, will release 40k tonnes of CO2 and that it would be more viable that the building undergoes a “deep retrofit”

The building was set to be demolished and redeveloped under plans by Pilbrow & Partners. This included plans for a public arcade with a new east-west link between Orchard Street and Granville Place, as well as offices on the upper floors of the building.

Approval was initially gained from the Westminster City Council and the Greater London Authority, however in June 2022, the Department for Levelling Up, Housing & Communities (DLUHC) announced that the plans will now be re-examined by an independent planning inspector at a public inquiry on 25 October 2022.

At the time of publication, the campaign had reached 42 per cent of its £20,000 goal to cover legal fees.

A series of experts have submitted statements in support of SAVE’s case to the Planning Inspector ahead of the public inquiry.

In a detailed technical statement submitted to the inspector, Dr Alice Moncaster, engineer and academic at the Open University and the University of Cambridge, said: “The embodied carbon of new buildings is far higher than that of deep retrofit.

“The proposed demolition [of the M&S building] and new construction will emit many thousands of tonnes of greenhouse gas emissions, increasing our impact on climate change. Retrofitting the existing building up to equivalent energy standards would emit considerably less carbon. I therefore urge you to refuse this application.”

“It is commercially viable to retrofit such a building, as demonstrated by the fact that similar projects are happening elsewhere in the UK. One such is the Rylands building in Manchester, a 1930s building most recently occupied by Debenhams which is being refurbished and extended.

“The M&S building should not be demolished and replaced, but should be refurbished.”

Mark Hines, an architect specialising in the reuse of historic buildings, added: “We all need to get used to the idea that creating new architecture uses vast amounts of energy.

“As we face up to the challenges of achieving net zero targets, M&S have a tremendous opportunity to lead the way and let their corporate values shine through in their architecture. A thoughtful refurbishment of their own landmark Oxford Street store would show their customers the true value of our existing buildings in the 21st century and how they can be transformed.”

Picture: a photograph of the exterior of the proposed new site, showing a view of the road. Image Credit: Pilbrow & Partners

Planning Ahead When Developing Mixed-Use Premises

Commercial property lawyer Sophie Bedwell explains the importance of planning ahead for landlords of mixed-use premises, to avoid falling foul of legislation that means...