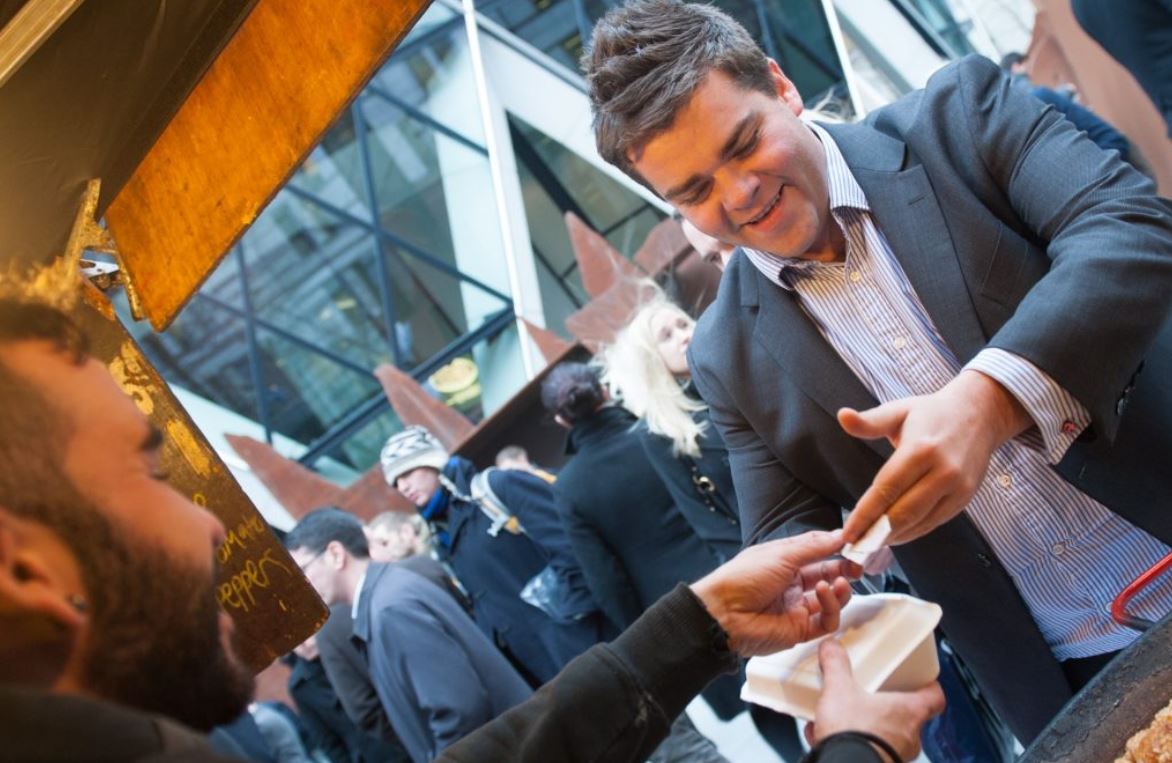 The City of London Corporation has voted to make the Square Mile the first area in the UK with a 15mph speed limit - and to regularly close streets to allow pop-up food stalls at lunchtime.

The decision has was made by the Corporation's Court of Common Council  but will need to be ratified by the Government. It follows a public consultation into 54 proposals unveiled by the City Corporation last year, which together sets a 25-year framework for its first long-term Transport Strategy.

The plans have been developed to support the changing working, living and commuting habits across London.

City Corporation monitoring reveals that 90% of all journeys made on the City’s streets are partially or entirely walked. The new strategy will prioritise the needs of people walking when delivering changes to streets and is claimed would make the most efficient use of street space by working to reduce motor traffic by 25% by 2030 and by 50% by 2044.

Data also shows that cycling has increased by 292% since 1999, while the number of vehicles using the Square Mile’s streets has halved in the last 20 years. The strategy will see the City Corporation enhancing its cycling offer, launching a new cycling network and improving the quality and accessibility of cycle hire facilities.

At the London Walking and Cycling Conference on May 24, it was announced that two operators, Freebike (electric bikes) and Beryl, will begin a six-month trial for dockless cycle hire in the Square Mile.

With a renewed focus on accessibility and emerging technology, the City Corporation is partnering up with AppyParking to launch a mobile app for disabled badge holders. Users can see the locations of disabled bays across the City, which ones are available and the associated parking charges.

Alastair Moss, Chair of the Planning and Transportation Committee at the City of London Corporation, said: “The City of London is one of the most well-connected parts of the UK, with 15 Tube stations, seven Tube lines, eight mainline stations, multiple bus routes and a fast-evolving bicycle network.

“We are working to support the 513,000 workers that commute to the Square Mile every day and to deliver the forward-thinking City that Londoners want to see.

“These radical plans will ensure the continued success of not just the City but wider London and the UK as a leading global business and cultural destination.”

A long-term programme to make the changes will start later this year, with the 15mph speed limit implemented by 2021/22, subject to approval by the Department for Transport.

Short-term measures have already begun, including a trial of the Lunchtime Streets programme, which uses timed and temporary street closures to make the streets more attractive places to walk, cycle and spend time.

In March 2019, while scheduled roadworks were in place, the traffic-free St Mary Axe street was transformed over a lunchtime period with food stalls and pop-up seating for people to enjoy their lunch. More Lunchtime Streets will be held during the summer.

A Delivery Plan will be considered by the City Corporation’s Planning & Transportation Committee in Summer 2019.