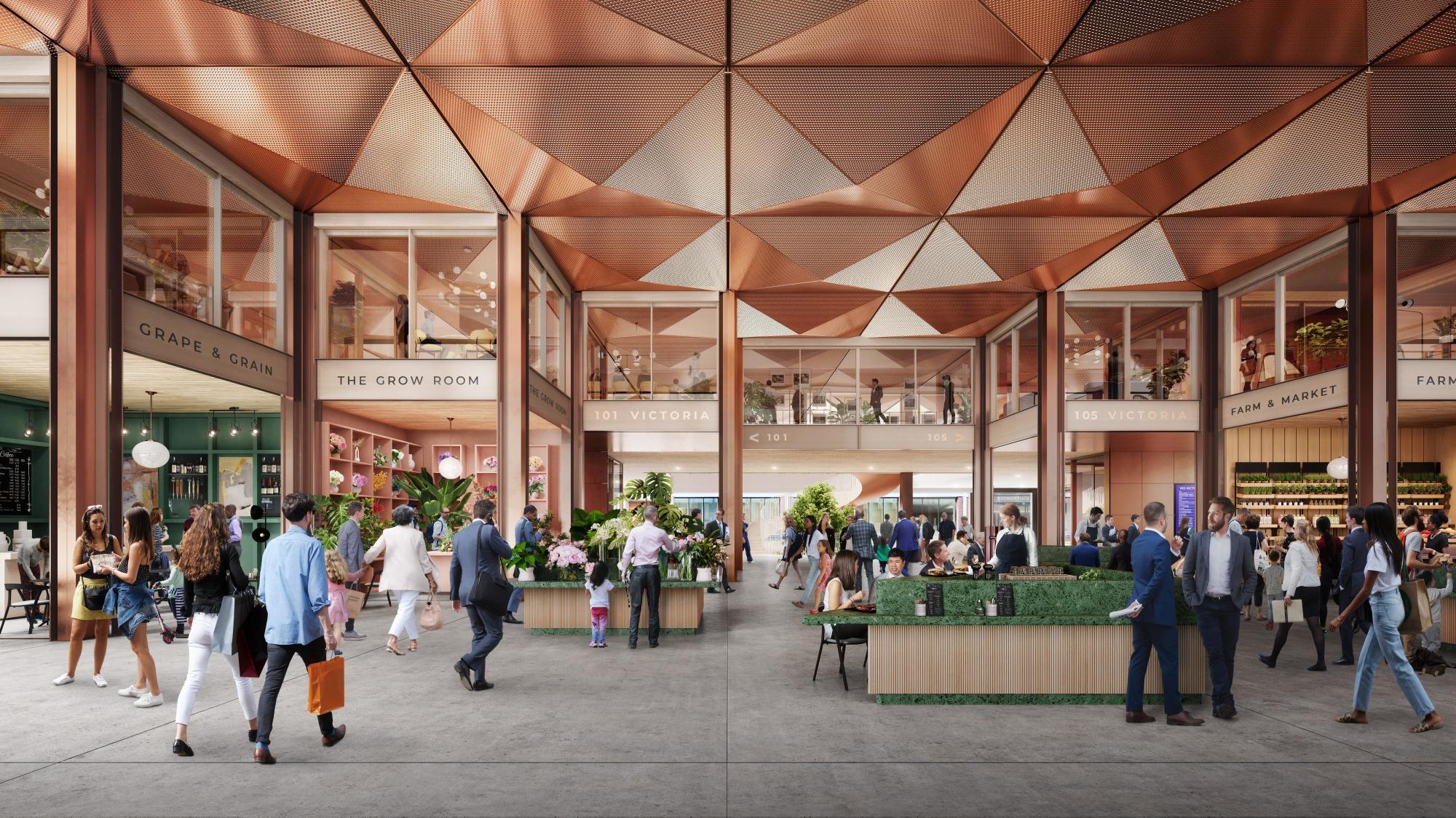 The largest speculative office scheme to come forward in London since the pandemic is to go ahead.

Welput, the central London office fund managed by BentallGreenOak (BGO), has committed to developing an ultra-sustainable commercial building in Victoria, and BGO is looking for contractor partners to help deliver it.

ESG alignment will be a critical factor in choosing delivery partners, to “meet the demanding standards of sustainability and positive social impact that the project requires.”

The offices are fully let to seven tenants, to take possession in October 2022.

Picture: a photograph of the proposed terrace space at 105 Victoria Street

The former House of Fraser department store site at 105 Victoria Street, SW1 is a 300,500 sq ft freehold mixed-use asset on an island site. Westminster City Council have granted planning permission for a new 470,000 sq ft destination building in April 2021, to include c.415,000 sq ft of office accommodation with extensive terracing, as well as an amenity floor with communal restaurant/bar.

An Activity Zone featuring an indoor football pitch is also included in the plans.

The development is  planned to reach BREEAM Outstanding’ status, and net-zero operational carbon and embodied carbon building in 2026

The development will deploy new innovations in ultra-low carbon construction to ensure the carbon emitted through the construction cycle will be offset within six years of the new building’s operation in comparison to the retention of the existing building.

Not only will the building be the largest all-electric office in the UK, but Welput has committed to the development’s energy being supplied from fully renewable sources, with no gas supply and no diesel generator, ensuring zero fossil fuels not just in operation but also during construction.

Ker Gilchrist, who is responsible for Welput at BGO said: “London is already showing real signs of recovery following the pandemic and we have absolute confidence in its future as a global hub. Likewise, we have no doubt the office itself will remain the beating heart of the work and culture of business.

“But to attract occupiers it is imperative that the workplaces of tomorrow continue to pioneer new innovations and raise the bar for what is possible in terms of sustainability. Rather than just reducing our carbon emissions, we want to be net beneficial to the environment. That means approaching today’s highest sustainability credentials not as a target to aspire to but a baseline to build from."

Picture: a photograph of the proposed communal space at 105 Victoria Street, showing shops and restaurants