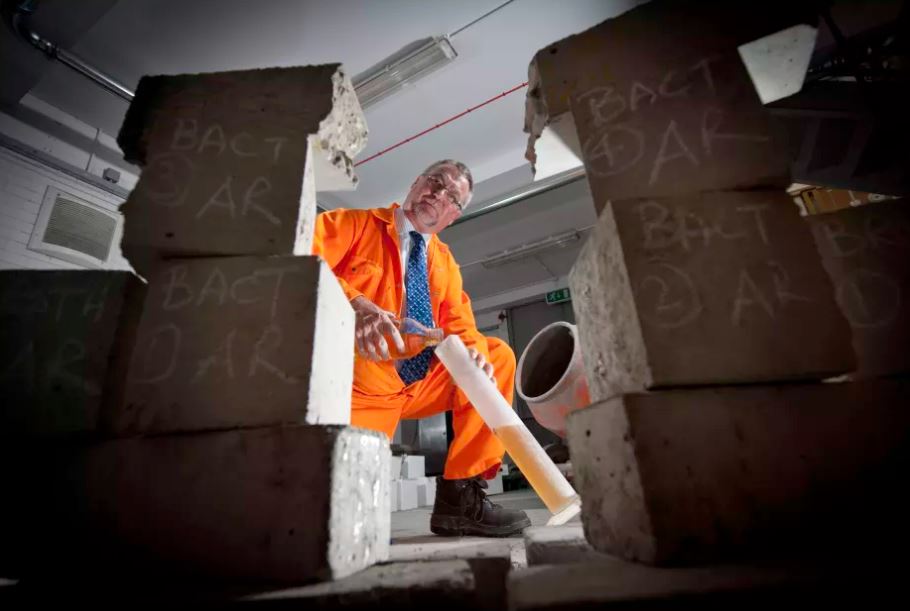 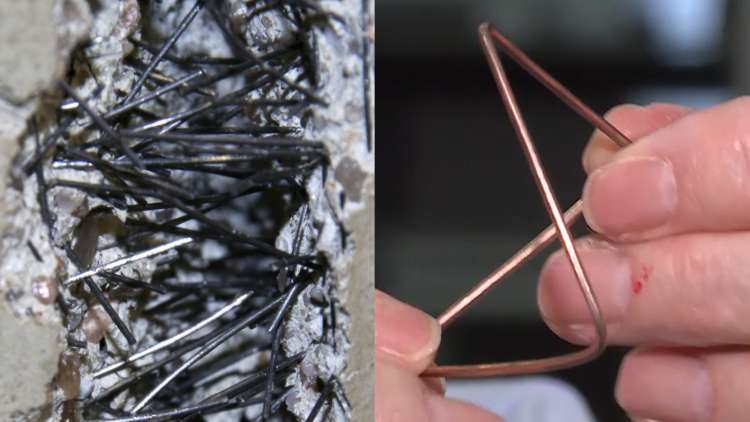 A new type of concrete, which could significantly lower the number of deaths during bomb blasts, earthquakes and other disasters, is being developed by an expert from Northumbria University, Newcastle.

Dr Alan Richardson is working with academic colleagues at universities in India and Canada to create a tougher form of concrete using innovative 3D fibre reinforcement rather than the traditional 2D variety.

Initial trials have shown this new technique results in a concrete that is 78% more effective at holding together under shock waves. It has far less fragmentation, meaning it would eject less material during, for example, a bomb blast, making it a safer option in the event of a terrorist attack.

In addition, its toughness would also make it ideal for structures such as sea defences, motorway barriers, bridges and buildings located within earthquake zones.

It’s increased strength would also mean less concrete was required, allowing for the construction of smaller and more visually appealing structures. This environmental aspect of the product also equates to less demand on our planet in terms of resources.

Dr Richardson, an Associate Professor of Civil Engineering at Northumbria University and Chairman of the Northern Region of the Concrete Society, said: “We have seen that during terrorist attacks such as the Madrid bombings in 2004, many of the injuries that occurred were due to flying concrete shrapnel. This is because the 2D steel fibres currently used in concrete production are randomly spread throughout the mix and may not be particularly effective at holding together the concrete in the event of an explosion.

“We have been researching the use of 3D steel fibres – about the same size as the 2D variety but shaped in a loop and then angled at 90 degrees. When added to concrete we have found they increase the energy absorption of the material, making them far more effective at holding the aggregate together, resulting in a much tougher product.

“This has huge potential for a wide variety of applications. What we hope to do now is work with industry to develop this further.”

Dr Richardson is working with Professor Urmil Dave from Ahmedabad University, in Gujarat, India and Professor Rishi Gupta of the University of Victoria, in British Colombia, Canada to develop the research.

The 3D steel fibres are being produced in India, with the concrete then mixed and tested at Northumbria, using the University’s state-of-the-art STEM facilities, which include a loading frame, used to test concrete beams.

Dr Richardson now hopes to develop the research further by working with industry as part of a Knowledge Exchange Partnership (KTP).

He said: “Between the three universities we have the perfect mix of experience, technology and enthusiasm to make this product a reality. What we now need is a partner in industry to help take this research to the next stage.”

Dr Richardson is recognised as one of the UK’s leading experts in sustainable materials, fibre concrete and concrete durability. Before entering the world of academia he was managing director of construction company Elliott Richardson Ltd.

During his time at Northumbria University he has led research into ‘self-healing’ concrete, which uses natural bacteria to seal cracks, preventing so-called ‘concrete cancer’.

Any organisation interested in finding out more about Dr Richardson’s research, or collaborating on future developments, should email