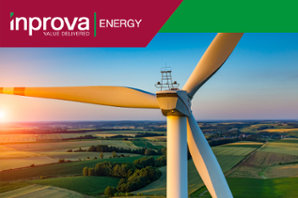 There's double trouble in store for business energy costs, with organisations being hit by rising wholesale prices, as well as non-energy charges, which account for more than half of today's electricity bills.

This is according to Energy - which has published a guide to third party charges to explain these fast rising non-energy costs; network charges for delivering electricity; and green levies to support decarbonisation of the UK's energy supply and the growth of renewables.

"These third party, non-energy costs amount to around 55% of a total power bill - up from 30% five years ago - but expected to push above 60% by 2020", said Michael Dent, MD of Energy. "While nothing's ever certain in the volatile energy markets, the general consensus is that wholesale costs are rising too."

The guide explains the ten key non-energy costs that businesses will see on their bills and what, if anything, organisations can do to reduce these costs.

"It's important for businesses to understand the breakdown of charges on their bill for invoice validation and budgeting. This is particularly true for customers on fixed contracts, where the components of the bill may not be so obvious," said Dent. "With most fixed contracts, third party charges will have been forecast and included, yet there are options to fix only the wholesale costs and the supplier to 'pass-through' the non-energy charges or for a partial fix, where only some of the third party charges are fixed."

Dent continued: "There's no room for negotiation when it comes to third party charges but businesses can find some relief from reducing their energy consumption, particularly during peak charging periods, known as Triads. Businesses can, however, do more to control their wholesale costs via smart purchasing strategies.

"Thankfully,  third party costs aren't so dominant when it comes to gas bills, where there's  a split of around 65/35% wholesale to non-energy costs."

Download the free 'Third Party Charges: What every Business Ought to Know here