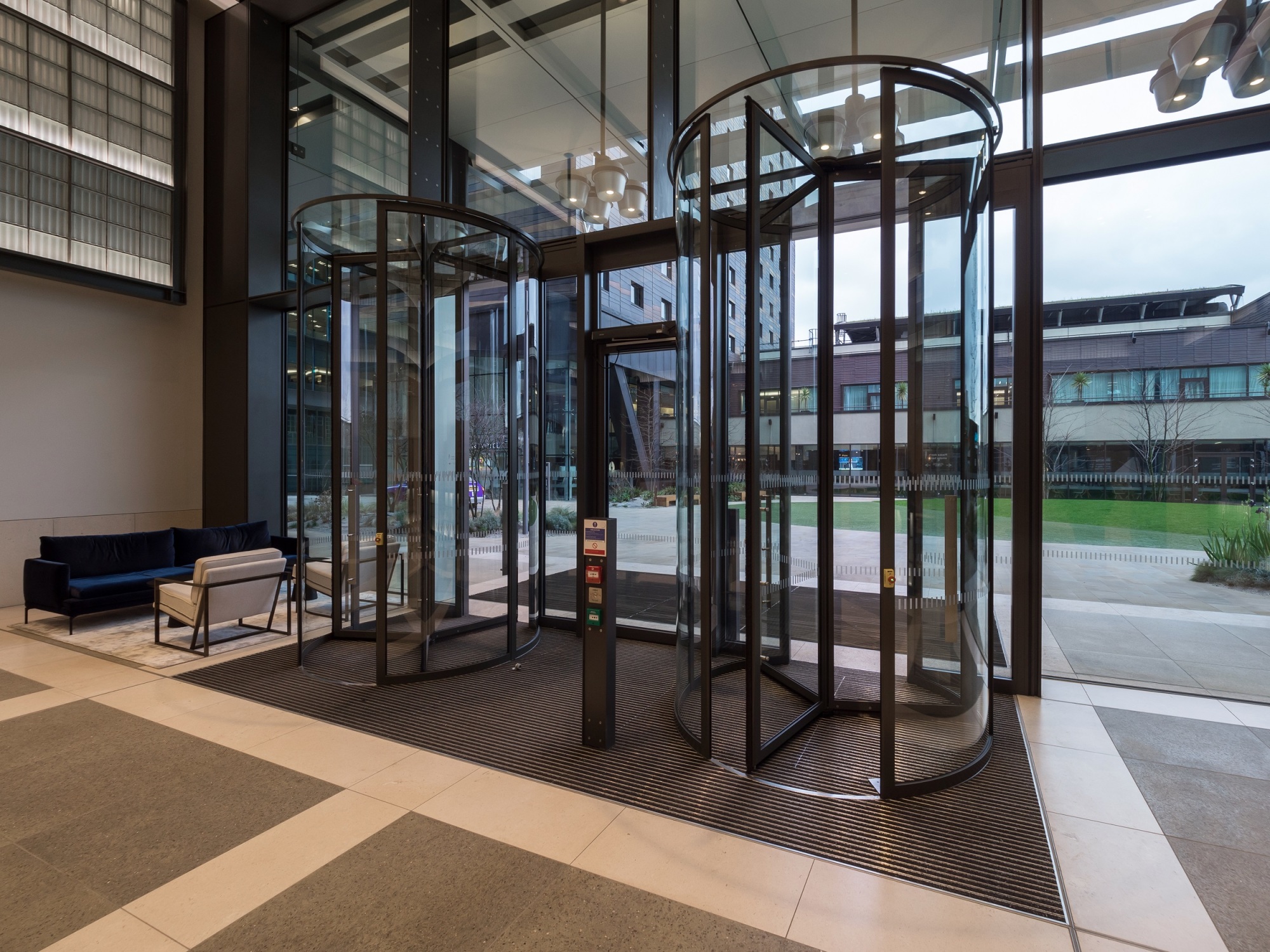 Four Kingdom Street is the first of two office buildings to be completed at British Land’s canal-side Paddington Central development.

This meant Geze UK had to come up with some big ideas when it came to a bespoke entrance solution for the workplace that is meant to be heaven for those who work their.

The nine-storey re-designed building comprises of more than 145,000sq.ft of space near to Paddington railway station. With communal roof terraces on all floors, a roof garden with views over Little Venice and sporting facilities, including the highest basketball court in London, it needed a 'statement' entrance to complete an imposing aspect.

A tailor-made solution was devised with Focchi, an Italian company in the curtain walling sector, which was commissioned to execute an industrial aesthetic with city chic, created by architects Allies and Morrison.

The doors have positioning drives which mean that after someone has walked through them, they continue to rotate until parked with the leaf wings close to the edges of the openings. The parking mechanism is driven by a motor installed beneath the floor.

The doors were installed within the line of the building to provide a flush frontage under the overhang of the first floor. Inside, the leaves of the revolving doors are powder coated to match the façade and echo the engineering/transportation elements of the design concept – a subtle nod to the heritage of the site - a former railway goods yard.

This aesthetic was applied inside and out: each elevation features vertical and horizontal aluminium fins of many shapes and sizes which lend a bold aspect to Four Kingdom Street.

It incorporates a structural steel frame and rougher, industrial materials, not usually incorporated into commercial offices, which contribute to its personality. Focchi describe it as 'an office building with a bit of an edge'.

Chesil Lodge is a £16 million Extra Care facility that provides contemporary style homes for local residents of Winchester aged 55 and over. It is the latest...

Managing mechanical failures in commercial buildings could be made easier for facilities managers by using a virtual engineer. To help FMs manage automatic...