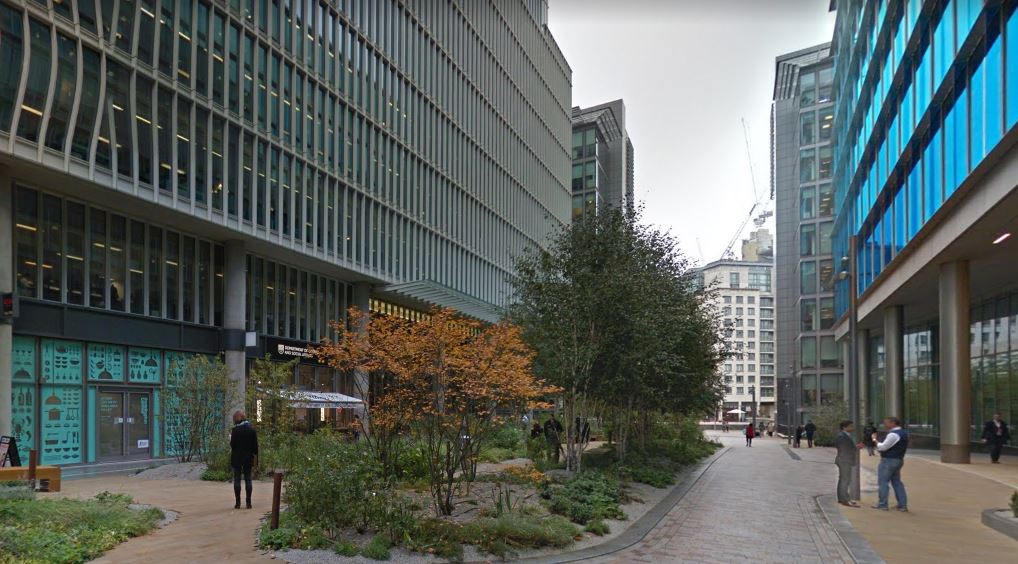 Sprinklers saved an office from being destroyed in the week ending August 16. They are on Kingdom Street - the same street as a prestigious existing office development and a proposed controversial new tower.

The fire occurred at Number 1 Kingdom Street which is not owned by British Land.

Most of Kingdom Street is within Paddington Central which is one of the jewels in the crown of British Land's property and land holdings.

In the case of the fire on Wednesday August 14 evening, it was a security guard at the block that called the London Fire Brigade after the sprinkler system activated and a smoke alarm sounded.

The sprinkler system helped control the fire spread until firefighters arrived. Crews were able to confine the fire to the kitchen area where the blaze originated.

Watch Manager Phil Wigley was at the scene, he said: “This incident highlights the clear benefits of sprinklers to businesses and we would urge all companies and business owners to install them.

“In this case the sprinklers controlled the fire spread, limiting damage to the building and preventing anyone from being put at risk from any fire."

Wigley continued: “As well as limiting fire damage and being potentially life saving devices, sprinklers and other fire suppression systems help with business continuity by minimising disruption and allowing businesses to get back to normal as soon as possible.”

Part of a kitchen on the seventh floor of the nine storey building was damaged by fire. Thirty people were evacuated from the building by onsite staff.

Operators at the Brigade's response unit say firefighters were was called at 8:42pm and the incident was over seven minutes later at 8:49pm.

Five fire engines and around 35 firefighters from Paddington, Northolt and North Kensington fire stations attended the scene. The cause of the fire is believed to be accidental.

Five Kingdom Street is the proposed 18-storey office Allies and Morrison block that Westminster City Council has been asked review by Historic England who are concerned at the building's height, its affect on other buildings in the vicinity; and the overshadowing of Kensington Gardens (home to the famous statue of Peter Pan).

The original plan (dating back to 2010) for the development was 13-storeys' high - which Historic England says should still be the maximum height.

Four Kingdom Street is the first and already completed project consisting of two office buildings that Allies and Morrison has designed for British Land at British Land's canal-side Paddington Central development next to Paddington railway station.

Five Kingdom Street, would be the final stage of the masterplan for Paddington Central.

Four provides over 12,800sq.m of commercial office space over nine flexible floorplates above a generous reception area and retail spaces.

Tucked into a compact yet highly visible site adjacent to The Westway, Four Kingdom Street makes the most of its surroundings. Its stepped northern elevation respects the angled Westway edge while its deeply shaded southern elevation opens out onto Kingdom Square, helping to frame this new public space. An abstract, glazed triangular form projects outwards on its western side enclosing a series of stacked meeting pods that take in dramatic vistas over west London.

The building aims to be more than just a place of work - a place to socialise, to have fun, to exercise and to relax. In addition to outdoor terraces on all office floors, Four Kingdom Street has a large communal roof garden with a bar, seating area and sports court where people from the building can come together to unwind. A generous, glazed accommodation stair encourages movement between floors with views over Little Venice and beyond.

Five would include not just offices but also business, retail, leisure, community and cultural space, including a 250-seat auditorium. Other elements of the mixed-use development include new outdoor terraces adjacent to the railway at basement level, and a new pedestrian and cycle link between Harrow Road and Kingdom Street.

Sprinklers are triggered one by one where the rise in temperature occurs – they don’t all go off together throughout a building like in the movies!

Global real estate advisors CBRE and Eastdil Secured have formally launched Waterside House to the market for sale. The 237,801sq.ft, Grade A office building is being...