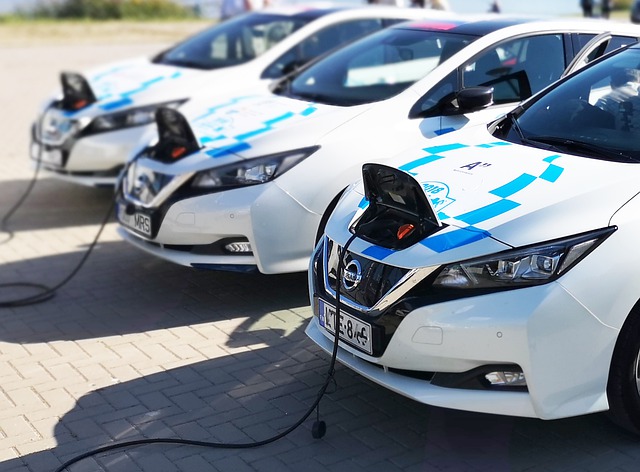 The electric vehicle market is growing at such a rate that we must consider the after-life of their batteries, warn experts.

In the race to net zero, lithium ion powered transport is being championed as an answer to the pollution that combustion engine motors cause. Many world leaders have set goals for completely phasing out the production and sale of new fossil fuel vehicles. The UK government announced late last year that they plan to bring the benchmark forward from 2040 to 2035, with only new hybrids distributed after 2030.

Planet Mark recently revealed a digital and physical tour to promote Net-Zero practices, spearheaded on the road by an electric Carbon Battle Bus – battery power is no doubt the face of the future’s sustainable transport. However, the body is how we make, charge, and dispose of those batteries.

"The rate at which we're growing the industry is absolutely scary."

Renewable electricity sourcing is the way to using the batteries in a Net-Zero way, but what about making them, or when their effective cycles are depleted? Like the lithium ions in our smaller capacity mobile phones, over years they hold charge worse until they are no longer fit for purpose. Unlike the traditional lead-acid batteries that are widely recycled, lithium-ions of that size are not. They have a larger mass, and are comprised of many hazardous cells that need dismantling carefully as they are explosive. Processing these wasted batteries could become a concern for the environment if the related infrastructure does not align with the upscale of EV production and usage. New batteries are made from valuable materials that are finite, so recycling must be prioritised.

"The rate at which we're growing the industry is absolutely scary," said Paul Anderson from University of Birmingham to the BBC, on the goal of the EU to have 30 million electric cars on European roads by 2030.  According to a forecast by the International Energy Agency, the number of electric vehicles on the world’s roads will increase from three million to 125 million also by the end of this decade.

Dr Anderson is also the co-director of the Birmingham Centre for Strategic Elements and Critical Materials. "It's something that's never really been done before at that rate of growth for a completely new product. In 10 to 15 years when there are large numbers coming to the end of their life, it's going to be very important that we have a recycling industry.”

"Currently, globally, it's very hard to get detailed figures for what percentage of lithium-ion batteries are recycled, but the value everyone quotes is about fiver per cent,” he said. "In some parts of the world it's considerably less."

There are very few working, economically and sustainably viable technologies for recycling most of the materials in lithium-ion batteries, especially outside of the Asian continent.

The global lithium-ion battery recycling market was worth about €1.3 billion in 2019, but it is expected to boom in the coming years to more than €20 billion.

Last year we reported on Finnish-based Fortum patenting a breakthrough technology for a new recovery method to reduce the environmental impact of recycling lithium and make it possible for EV car producers and battery manufacturers to make a smoother and more sustainable transition to electrically powered vehicles. It is likely that many governing bodies will adopt legislation to ensure that EV providers adequately process the batteries in their own vehicles, and this has been suggested by the EU.

Volkswagen and Nissan use their cars' old batteries to power the automated guided vehicles that deliver parts to workers in its factories, and the former has recently opened its first recycling plant. Renault are already making an even larger commitment proposal.

"We are aiming at being able to address 25 per cent of the recycling market. We want to maintain this level of coverage, and of course this would cover by far the needs of Renault," says Jean-Philippe Hermine, Renault's VP for strategic environmental planning. "It's a very open project - it's not to recycle only Renault batteries but all batteries, and also including production waste from the battery manufacturing plants."

There are very few working, economically and sustainably viable technologies for recycling most of the materials in lithium-ion batteries, especially outside of the Asian continent. "In some markets, such as China, health and safety regulation and environmental regulation is much more lax, and working conditions wouldn't be accepted in a Western context," said Gavin Harper, Faraday Institution research fellow, to the BBC. The Faraday Institution's ReLiB research and development project aims to optimise the recycling of EV batteries and make it as streamlined as possible.

"Also, because labour is more expensive, the whole economics of it make it difficult to make it a good proposition in the UK."

It seems that the answer to this lies in digital transformation and robotic replacement of human workers, which they are looking into. "If you can automate that, we can pull some of the danger out of it and make it more economically efficient."