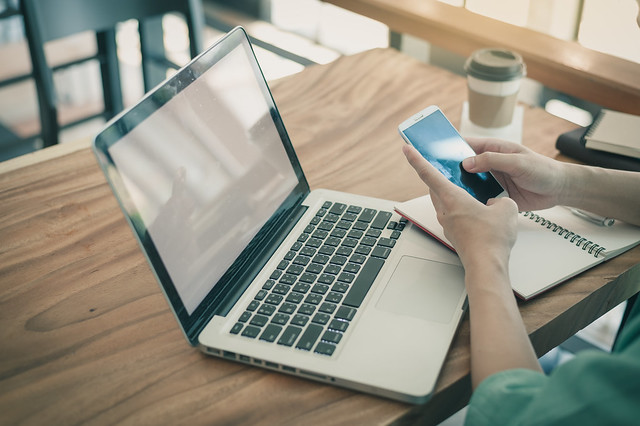 New research has revealed that 79% of public Wi-Fi users take significant risks when choosing hotspots. Instead of taking the time to check that a hotspot is legitimate, users are selecting hotspots based on Wi-Fi- strength, a name that seems appropriate or just picking any free option.

Unexpectedly, the figure is highest for the most experienced Brits, with 86% of daily public Wi-Fi users putting convenience ahead of safety when choosing hotspots.

The survey carried out by cybersecurity company, BullGuard, revealed that 4 in 10 users look for a Wi-Fi name that somewhat matches their location, for example ‘coffee shop Wi-Fi’ – but this is exactly the type of name hackers set up to try and fool people into choosing a malicious hotspot with the intention of stealing personal data.

Even though they’ve spent little or no time checking that a hotspot is legitimate, many respondents are accessing websites using very confidential data. More than a third of daily public Wi-Fi users log into personal accounts requiring a password, 22% use credit cards, and 31% log into online banking, exactly the type of data hackers are looking to steal.

Despite their eagerness to get online, most people are also very concerned about safety with less than one in ten being ‘very confident’ that they know how to stay safe when using public Wi-Fi.

Furthermore, 62% of daily public Wi-Fi users admit to being afraid that their devices will be hacked and their information stolen. Consumers are most worried about the safety of banking info (68%), passwords (56%) and email content (27%).

“Brits are choosing convenience over safety, when using public Wi-Fi. The findings show that respondents do not feel safe online, yet they are ignoring their fears and are using hotspots without checking they are safe,” said Paul Lipman, CEO at BullGuard. “Hackers can easily set up malicious hotspots which appear to be legitimate and yet can intercept and record people’s personal data, allowing them to steal usernames, passwords, credit card details, bank account information and more.”

“If your device is set up this way and if you're not paying attention when you first choose a hotspot, even once, and you accidentally choose something malicious, your device will automatically select it every time its within range,” Lipman added.

Anti-virus weaknesses Even if users think they're protected, worryingly the results show that consumers aren’t sure how to keep themselves safe when using public Wi-Fi with almost half (47%) believing anti-virus software will prevent their data from being intercepted.

“Although essential for detecting and removing malware from your device, anti-virus offers no protection at all from having your data intercepted by a malicious hotspot,” said Lipman.

"A VPN (Virtual Private Network) is an effective way of keeping you safe online when using public Wi-Fi. It creates a secure connection tunnel between your device and the websites and services you are accessing to keep you safe whether you’re using a smartphone or laptop on public Wi-Fi in a café or if you want to check online banking accounts from an airport or hotel."

However, the survey revealed that 60% don’t use a VPN, with 57% of those respondents saying they think it’s too complicated or that they don’t know how to use one.

“A VPN doesn’t need to be complicated. For example, BullGuard VPN is designed for regular users. It doesn’t require technical knowledge, install it on your device and it just works 24/7,” concluded Lipman.

Top activities carried out whilst on public Wi-Fi:

Most popular places to use public Wi-Fi:

The majority of genuine public networks will ask the user to agree to their terms of service before linking up. If you gain immediate access to unrestricted browsing, tread carefully - it could be a rogue access point.

Fake public Wi-Fi hotspots typically copy public domain names and add the word ‘free’ as a hook to lure users. For example, if you’re in a coffee shop, you might see two Wi-Fi options - one called 'Coffee Shop Wi-Fi ' and the other called 'Free Coffee Shop Wi-Fi '. One of these could be a malicious network and it’s likely to be the free one - if you’re not sure ask an employee.

Look out for very slow network connections. This could be a sign the hacker is using mobile internet to connect you to the web using the fake hotspot.

Pay attention to the address bar of the websites you visit. If for instance a banking website shows HTTP instead of HTTPS - your connection is unsafe. HTTPS with a padlock symbol means data is encrypted. HTTP connections without a padlock are unsafe.

A VPN tunnel stops people from seeing what you are doing and VPN encryption scrambles your data rendering it useless to hackers.

What if you connect to a potential fake hotspot?

If you suspect you have connected to a compromised hotspot, follow these steps:

Please feel free to distribute the contents of this article to all staff.