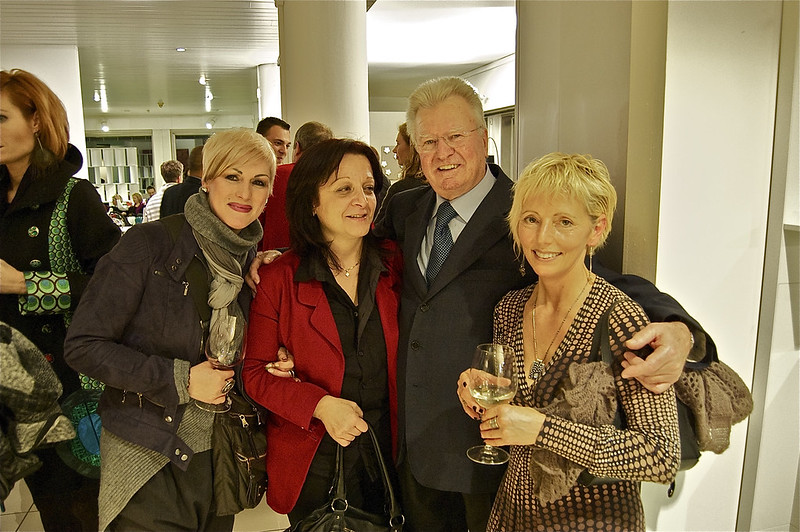 An HSBC report says fraud victims (especially during the festive season) are 10 per cent ‘nicer’ than those who’ve not suffered at the hands of scammers.

HSBC UK has said it's time for people to act more like banks and go for a no more Mr/Mrs/Ms Niceperson outlook after fraud cost £1.2 billion in 2018.

The bank has partnered with criminology and cyber security expert Dr Michael Maguire from the University of Surrey to explore the character and personality traits that make people more vulnerable to fraudsters.

According to the resulting study, victims of fraud were found to be 10 per cent ‘nicer’ on average than those who hadn’t been taken advantage of by scammers, rating themselves as 41 per cent more ‘agreeable’, 28 per cent more ‘kind’ and 30 per cent more ‘willing to please’. The top reason victims blamed for getting caught out was being too trusting (30%). One in ten victims even admitted that not wanting to come across as rude was the main reason they were conned.

The socially-orientated characteristics which make someone a ‘nice’ person and more susceptible to scammers include being co-cooperative, friendly, kind, good-natured, willing to please and agreeable.

Dr Michael McGuire said: “Research into the victims of fraud has been somewhat limited so this new study provides some important insights. What really stands out from the findings is the way that the sort of qualities we usually applaud in someone – their willingness to listen, to co-operate or to be helpful – can also increase the risk of fraud. For example, we found that victims are twice more likely to engage in small talk and pleasantries when on a cold call than non-victims.

"Being ‘nice’ when answering the phone can, unfortunately, result in a nasty surprise. Whilst this doesn’t mean that we should all be less considerate to callers, it does mean that we need to be a little more careful to ensure that saying ‘hello’ doesn’t mean waving ‘goodbye’ to something valuable.”

Fraud losses on UK-issued bank and credit cards totalled £671.4 million last year, a 19 per cent increase from 2018. There was also a 93 per cent rise in the number of ‘authorised’ fraud cases, where a criminal tricks their victim into sending money directly from their account to one which the criminal controls. Common schemes include impersonating banks and utility companies, selling bogus investments, police and romance scams.

The HSBC UK study found that people in Liverpool were most likely to have at least one of the nice characteristics identified, followed by people from Swansea, Coventry, London and Birmingham, making them potentially the most vulnerable to fraud.

The findings have led HSBC UK to create a ‘Nice Alert’, a warning that will play in branches across the UK (in the run up to and during the festive seasn), urging people to think twice about being too nice when it comes to parting with their money or personal details.

Martin Brown, Head of Digital Risk at HSBC UK, said: “Our research shows that fraudsters are preying on Brits’ nicest qualities – being friendly, polite and open.

“Nice doesn’t have to mean vulnerable. Fraudsters will use any opportunity to try and con consumers and events such as Christmas provide a perfect opportunity to target potential victims, when spending and spirits are high. These criminals are adopting highly sophisticated approaches; so advise people you know to be aware of the common types of fraud and scams and how to avoid them - and take a look at the Take 5 campaign.”

1. Be alert when making small talk. For example, chatting about your favourite car could give away your first model and answer to a security question, without even realising it.

2. You can be direct and ask questions without seeming bad-natured - if the contacter is legitimate they will be happy to provide answers.

3. If in doubt, end the call and phone the company back using the number on your card or from an authorised website. Offering to call them back with a simple excuse that now is not the best time to speak, is both polite and allows you time to then look into the nature of the enquiry.

5. Remember, a genuine bank will never contact you out of the blue to ask you to move money to another account.

Feel free to use any of this article to alert people you work with or indeed, friends and family. To to the Nice Alert and find out more information on how to stay vigilant - Click Here

Dr Michael McGuire, is Senior Lecturer, Criminology, University of Surrey. He has developed an international profile in the study of cybercrime, with a special focus upon fraud, money laundering and the (mis)uses of cryptocurrencies.

Picture: Nice people and those full of festive cheer are more likely to be had by scammers.