As a British tech firm launches its secure five in one digital health passport, might this become the solution for reviving global economies?

According to a survey conducted by Harris Interactive for Sodexo, half of British travellers feel ready to return to airport lounges when they reopen, but the specific practicalities of safe leisure and business travel are still unknown.

One potential solution is the use of so-called health passports, essentially a digital certificate authenticating a person’s identity, their COVID test results and statement of their vaccinations.

VST Enterprises, a Manchester-based technology company, has confirmed it has developed the worlds first secure five In one digital health passport and wallet. V-Health Passport™ is dubbed a “crucial safe technology enabler” in reviving the economy, home lives and helping governments, business and industry to start returning to work and normality.

The V-Health Passport™ and Data Security

The V-Health Passport™ also features its own contact tracing capability using anonymised data. The system is GDPR compliant and acts like “self-sovereign identity”, meaning a citizen’s personal data is protected and they choose what they want to share and with whom they want to interact or authorise.

A citizen will be able to share their health pass and confirm their COVID test status, or present their vaccination record. They will also be able to show their credit score, work permit or visa, scan their travel or event pass. 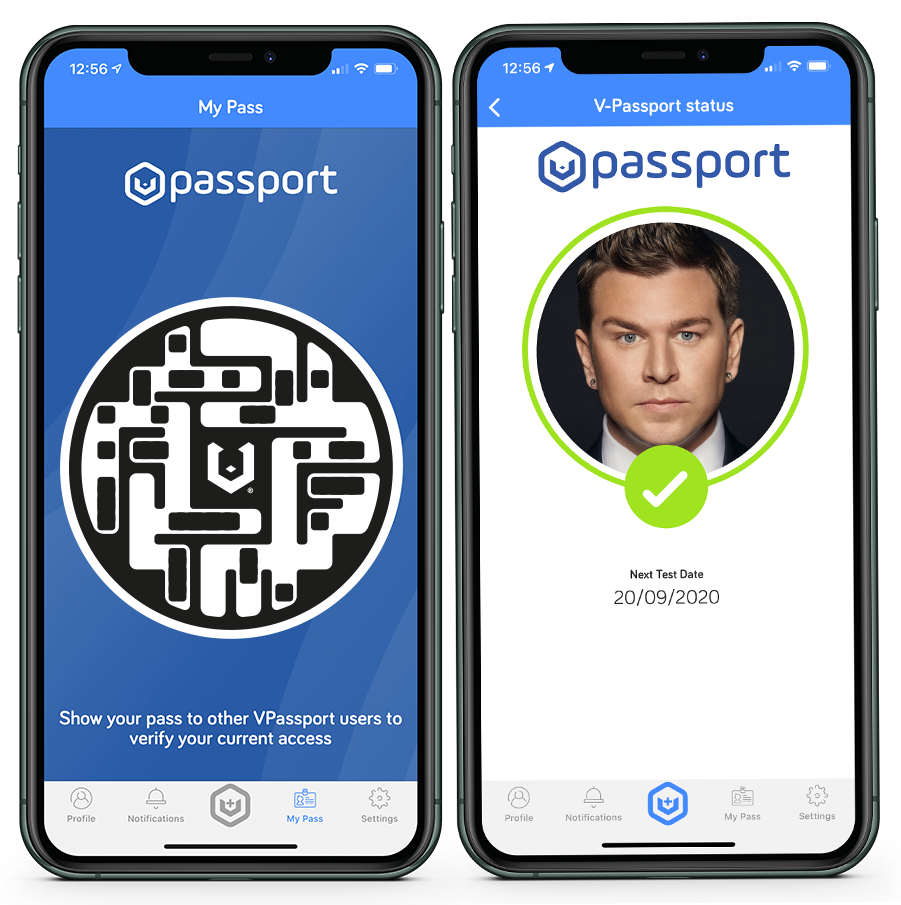 What About QR Codes?

Louis-James Davis, CEO of VST Enterprises, claims that the V-Health Passport™ is the most secure digital health passport and wallet in the world, and warns of the potential dangers and reliance on using QR code scanning technology within any form of health passport.

Their use could lead to potential security breaches of personal data and information, he argues. Much like the case earlier this year of the former Australian Prime Minister Tony Abbot, whose Quantas airline boarding card was hacked and details revealed including his passport number, mobile phone number and Qantas airline messages referring to the former PM.

“QR codes were originally developed as a scanning technology for close proximity car parts tracking, a world away from identity and banking use cases and now digital health passports. It was then used to skip the input of websites in marketing and promotional purposes. They were simply never designed with security or privacy in mind… they are simply not fit for purpose and should not be used at all in any form for delivery of sensitive information, travel or event tickets or health passport,” Davis said.

QR codes do, of course, have the potential to be cloned and redirected to other information points or websites. Hackers can exploit this by putting a fake QR code over a genuine QR code. The V-Health Passport™ combats this by using a call and response system of information between the code and web platform to verify the location of the code, user ID and time and date, and other information.

In terms of using evidence of having COVID as a “risk-free certificate”, the World Health Organization is clear on its stance: there is not yet enough evidence.

They insist that there is currently no evidence that people who have recovered from COVID-19 and have antibodies are protected from a second infection. Therefore the idea of an immunity passport to allow individuals to travel or to return to work assuming that they are protected against re-infection is not advised.

Picture: a photograph of a person sitting on a suitcase