Is There a Male Menopause? 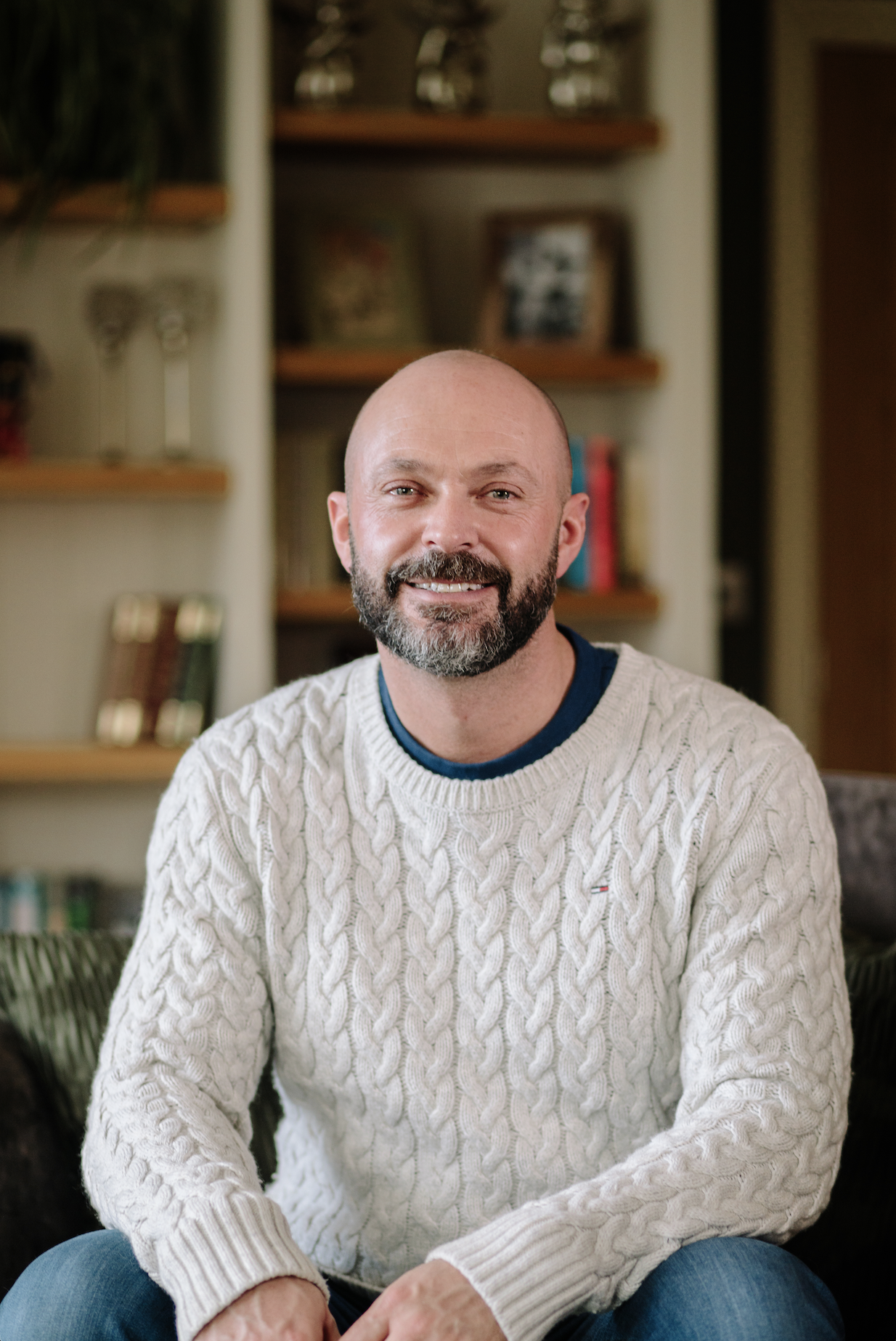 One of the UK’s leading health and wellbeing entrepreneurs is on a mission to educate British men about a taboo and controversial subject in men’s health, the andropause, also known as the male menopause.

Ross Tomkins, Author, Investor, Entrepreneur and qualified Physiotherapist decided to set up Alphagenix to raise awareness and educate men about the andropause and how they could improve their hormonal health.

The NHS acknowledges the idea of a "male menopause" but is clear to point out that the decline in testosterone is steady at less than two per cent a year from around the age of 30 to 40, and this is unlikely to cause any problems in itself. It deems the reference to female menopause unhelpful as there is not a sudden shift. Its current stance on the matter is that the causes of related symptoms are more likely related to stress, depression, and anxiety – however, these sources as well as testosterone deficiencies can more easily be identified through the kind of thorough assessments and patient transparency that Alphagenix are trying to facilitate.

"The male menopause is no myth."

What is the Andropause?

Testosterone is a vital component within the body that is often associated with libido and plays a vital role in sperm production. The production of testosterone starts in puberty and then peaks at around 30 in men and then begins to dip and decline, which has been called the male menopause or the andropause. Left unchecked, the lowering testosterone levels can weaken bones causing osteoporosis, reduce muscle mass, low mood, poor mental clarity, even the way men store fat in their body and red blood cell production can be adversely affected. Even more alarmingly, an article published in the Journal Of Endocrinology and Metabolism has linked low testosterone to an increased risk of death and another in The Journal of the American Medical Association linked low levels to an increased disease severity of COVID-19.

For many years, this has been a taboo subject because of men’s fear of being emasculated and the contrast to the female menopausal experience. At the core of the diagnosis is a low testosterone count, which leads to a wide range of symptoms, including low energy, reduced muscle mass or muscle weakness, poor focus, depression, obesity, insomnia, lack of libido, a lack of motivation and lowered self-confidence. Whilst the changing hormonal levels in women during the menopause are much more widely understood, accepted and treated, the andropause has become a subject that men don’t understand or talk about, let alone seek treatment for. These symptoms can of course be indicative of other lifestyle issues, or a further testosterone deficiency syndrome that develops later in life, also known as late-onset hypogonadism.

As spoken about on International Men’s Day in particular, many men find it difficult to talk about the struggles they face, especially within industries where damaging male stereotypes are harboured.

Alphagenix wants to make the andropause as acceptable and talked about as men’s mental health has now become, especially since it can have such an effect on the latter. People of menopausal and andropausal age are the fastest-growing demographic of the UK workforce, and yet one in ten women will consider leaving employment due to their menopause symptoms. With specialist, accessible support in place, people can avoid having their careers derailed by complex changes in their health and FMs can retain experienced, valuable staff.

Amey and Mace announced a project last year, hoping to make it clear that menopause is not just a personal issue, but a workplace issue, as well as to demonstrate their commitment to driving gender equality and diversity in the workplace. The platform, called Peppy, connects users directly to specialist menopause experts, via one-to-one chat, group chat or video consultation, or through a library of free events, videos and articles. Users can discuss symptoms, treatment options and mental wellbeing, and receive unlimited support from real-life experts to choose the right options for their menopause transition.

The Peppy app is available to all employees, as well as their partners. It not only offers employees support and guidance for menopause, but also support with fertility, pregnancy, early parenthood and miscarriage, which Mace will be rolling out at the same time as the menopause service. The Peppy service does offer some advice for low testosterone experiences. Despite this, it would be great to see other companies follow suit but also name andropause, helping to reduce the stigma around the diagnosis, and lead by scientific authority where it may not be taken into account like the female counterpart. The symptoms are of course far less commonly severe, but this adds to the unjust impression that a negative experience should not be discussed or dealt with accordingly.

Co-founder Ross Tomkins was first diagnosed at the age of 32, after having encountered a number of symptoms that included aching joints, a complete lack of focus and brain-fog. His GP at the time suggested that perhaps his symptoms were all in his head, prompting Ross to search for a private physician with an interest in men’s health. After a 60-minute consultation, Ross was diagnosed with low testosterone and an iodine deficiency.

The diagnosis was confirmed by tests and Ross began his first Testosterone Replacement Therapy (TRT) and an iodine supplement. In a matter of days, Ross felt the huge benefits of his treatment, while the private physician made further lifestyle recommendations and changes, including a specific diet. Since his diagnosis 11 years ago, Ross has led a full and active life with his family – he is a highly successful entrepreneur, having started six companies, selling four of them and acquiring a further six companies.

Earlier this year, Ross realised that he rarely shared his hormonal journey, which led him to think about how many other men were out there, not sharing their stories or not receiving the help they needed. He decided to set up Alphagenix with business partner Ben Paglia, who is the MD of AKEA Life, the UK’s first five-star, fully private concierge doctor service.

Alphagenix has a team of private doctors provided by BMP Medical Ltd who are all UK-trained and registered with the General Medical Council (GMC). They continue to work in the NHS and private consulting. Alphagenix’s services are registered and regulated by the Care Quality Commission in the UK. Clinical lead for Alphagenix is Dr Usman Sajjad, a GP with a special interest in sports exercise medicine, as well as the andropause.

Having qualified as a doctor in 2014 from the University of Leeds and as a GP in 2020, Dr Sajjad has worked in top-level sports such as premier league football, rugby and professional boxing. He is currently employed as the personal doctor for several high-profile professional boxers, some of whom are current world champions. Having suffered personally from severe hypogonadism for a lot of 2020, Dr Sajjad understood how low testosterone impacted physical and mental health. He also competed as a superheavyweight amateur boxer from 2010 to 2014.

His personal experience and recovery motivated him to join Alphagenix to help other men who are suffering with similar issues. He is an academic member of the European Academy of Andrology and also runs his own podcast, in which he touches on a wide variety of subjects and interviews notable guests.

The core aim of Alphagenix is to raise awareness of the andropause – it strives to educate men about what the male menopause is and its associated symptoms, and to debunk the myths around low testosterone levels in men. The ultimate aim is to help men get investigated, diagnosed and treated. Conscious of his own experiences with doctors and treatment, Ross wanted to create a unique, personalised and quality-led service with Alphagenix that not only provides education, investigation, diagnosis and treatment but then ensures continual monitoring, with periodic blood tests and consultations. As someone with a 20-year career in the healthcare and well-being sector and who has been on the andropause’ journey himself, he built the core foundations of Alphagenix on first-hand knowledge and personal experience.

"The male menopause is no myth," said Meg Mathews, one of the UK’s foremost menopause campaigners and a regular columnist for Stella Magazine. "I’ve found men really struggle to open up about anything personal – there is a lot of embarrassment and denial about it. They may pluck up the courage to go and see the doctor, skirt around the subject and then leave without a diagnosis. By the time they feel ready to open up, the appointment time is over. Doctors can be quick to prescribe anti-depressants or Viagra without solving the emotional or physical symptoms. If more men opened up and talked about the andropause, the NHS would take it more seriously."

Eating disorders affect one in fifty people in the UK – how can employers provide support? To support Eating Disorders Awareness Week, TWinFM has collated...

Find a Ricky Gervais After Life Bench Near Your Workplace

To launch the new series of Ricky Gervais’ After Life, 25 permanent benches have been installed around the UK to encourage people to talk about their feelings....