It's All MEES, MEES, MEES As April 1 Deadline Approaches 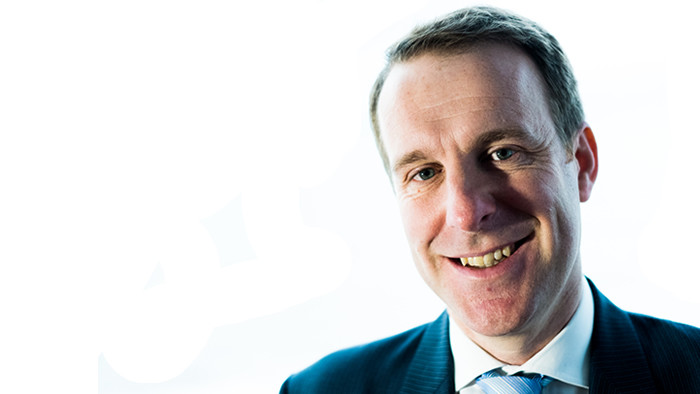 With the Minimum Energy Efficiency Standards due to come into force on April 1, Mat Lown outlines their implications - and there's news of free MEES clinics as well.

On April 1, writes Mat Lown, the Minimum Energy Efficiency Standards (MEES) come into force in England and Wales, making it unlawful for a landlord to let or renew a lease on a property if the energy performance certificate (EPC) rating is F or G. This includes sublettings, so those tenants who wish to dispose of unwanted space must also comply with the regulations.

Readers will know that the introduction of MEES represents a significant financial risk for landlords due to the potential for loss of rental income, irrecoverable capital expenditure on improvements and penalties for non-compliance, which can range from £2,000 to £150,000.

Compliance also adds another layer of complexity to transactions, which is especially problematic for short-term lettings where a landlord wishes to prolong the rental income stream – for example, some developers who had planned redevelopments are already having to postpone these due to market conditions.

Although MEES do not apply to sales transactions, prospective purchasers are increasingly paying close attention to EPC ratings given the potential financial implications of the standards, which for owners of substandard or at-risk properties may disrupt or delay the sales process or result in a reduction of the sale price.

Many practical and energy-conscious landlords already have plans in place, so the formal introduction of MEES should not be a concern. However, research suggests that landlords have not made much progress in mitigating their risks.

The government has published further guidance on MEES, but there are still several grey areas and further complications, particularly in relation to listed buildings, voluntary EPCs and retail properties, as discussed below.

Although MEES apply to F and G rated properties, the methods used to prepare EPCs have become more stringent and their quality has improved. Therefore, when an E-rated, compliant property is reassessed today, there is a risk of the rating dropping to an F or a G, especially if it was assessed shortly after EPCs were introduced in 2008–09. Conversely, accurate assessment of a property’s EPC using dynamic simulation modelling, factoring in any energy efficiency enhancements, can often improve a rating.

The regulations do not capture all F and G rated properties. Those with a short lease, which is defined as less than six months, or with a long one, greater than 99 years, are excluded.

Properties that are not required to have an EPC under the current Energy Performance of Buildings Regulations (EPBR) 2012 are also excluded - for example, buildings to demolished. Although there is uncertainty over whether lease renewals and re-gears. That is, when a landlord grants a tenant a new lease under different terms, typically to prolong their occupation – require an EPC, such transactions are within the scope of MEES. Exemptions arise when:

Exemptions last for five years, and to qualify a landlord must list the property on the public Private Rented Sector Exemptions Register. There are a few points to note in relation to this:

Exemptions are not transferrable, which means that when a property is sold the new owner or landlord must either improve it to meet the minimum standard or register another exemption.

When registering an exemption because improvements do not pass the seven-year payback rule, the evidence must include copies of three quotes from qualified installers – which may present difficulties when installers realise there is no prospect of securing work.

A temporary exemption exists when a substandard property is sold, allowing the new owner or landlord six months to comply, which may prove to be a costly and time-consuming exercise for complex properties.

There is a common misunderstanding that listed buildings or those in conservation areas are exempt from MEES because they do not require an EPC. However, under the EPBR, listed buildings will only be exempt from requiring an EPC if compliance with certain minimum energy performance requirements would unacceptably alter their character or appearance.

When an existing retail unit is refurbished and marketed as a shell – that is, without any lighting or heating, which will be installed by a new tenant – convention requires that the assessor’s model must use the most energy-intensive default inputs allowable under the version of Part L of the Building Regulations applicable at the date of construction of the base building.

The same rules apply where an existing unit is enlarged or subdivided and no services are installed. In both scenarios, it is highly likely that when assessed the property would have an F or a G rating, which is significantly worse than the C or D rating that would be achieved if the energy model were based on a tenant’s Part L-compliant fit-out.

Although an F or a G rating could be used for marketing purposes, a landlord would be prohibited from completing a letting, and the poor rating could also be off-putting for a prospective tenant.

Many diligent landlords obtained EPCs voluntarily when there was no legal requirement to do so at the EPBR’s original introduction in 2008 - these certificates will therefore be expiring shortly after MEES come into effect. Properties with such EPCs are not required to meet the minimum standard.

However, it is still possible to obtain a voluntary EPC for a property rated F or G and if this is lodged on the Landmark register, where all certificates are held, then it will supersede any earlier EPC, which could conceivably have been a compliant rating. Therefore, it is essential that landlords pay close attention to all EPCs lodged on their properties.

There are three areas where building surveyors can play a central role in assessing properties in light of the MEES.

When undertaking technical due diligence for investors and occupiers, they can review the EPC to determine whether the property could be at risk or not be compliant. This applies not only to F and G rated properties but also to E-rated ones, given the issues mentioned earlier.

For those properties at risk or non-compliant, investors will want to know whether compliance with MEES will have financial implications and if it does, how they can then factor this into their investment appraisals. It may well be that compliance has an impact on the investment value, which in turn influences the price investors are willing to pay for the property. Occupiers should consider whether compliance with MEES might constrain any future plans to sublet part of the space.

For transactions concerning listed buildings without an EPC, an initial view must be given on the likely rating, which would typically entail preparing a draft certificate. If it is F or G, surveyors should consider what works are necessary to secure an E, and this may require support from a heritage specialist to assess whether the improvements would have a detrimental effect on the property’s character or appearance.

When involved in maintenance and refurbishment projects, surveyors can consider energy performance and the improvements that can be incorporated within the scope of works. Quite often, a rating can be improved at no or little additional cost when undertaken as part of a planned package of works.

Opportunities to improve a rating

When reviewing tenants’ alterations and fit-outs, it is important that surveyors pay close attention to the proposals to make sure that they do not have a detrimental effect on the EPCs. This also presents a chance to identify any opportunities to improve a rating. For non-compliant or at-risk properties, the landlord client may be willing to contribute towards the cost of the improvements.

Picture: Mat Lown is Partner and Head of Sustainability at Tuffin Ferraby Taylor who says:  Like it or not, MEES come into force on 1 April. But with help and support from a surveyor and a diligent and recognised energy assessor, the introduction need not be traumatic.

It is estimated that up to 20% of commercial properties in the UK will fail to meet MEES when they come into force on April 1.

The sustainability consultancy Eight Associates is running a MEES clinic, offering landlords a free MEES consultation about their options for achieving compliance.

Are You A MEES April Fool? Clinic Available For Cure

The Minimum Energy Efficiency Standard took effect on  April 1. Chris Hocknell looks at what should have happened - and what you can do now if you haven't...

Long-Term Leases are Preventing a Move to Hybrid Working

Business leaders who may otherwise consider switching to a hybrid model are being hampered by being stuck in a long term lease. Flexible space operator Clarendon has...

MRI Software, a global player in real estate software solutions, announced a range of new solutions during the opening general session of MRI Ascend, the company's...