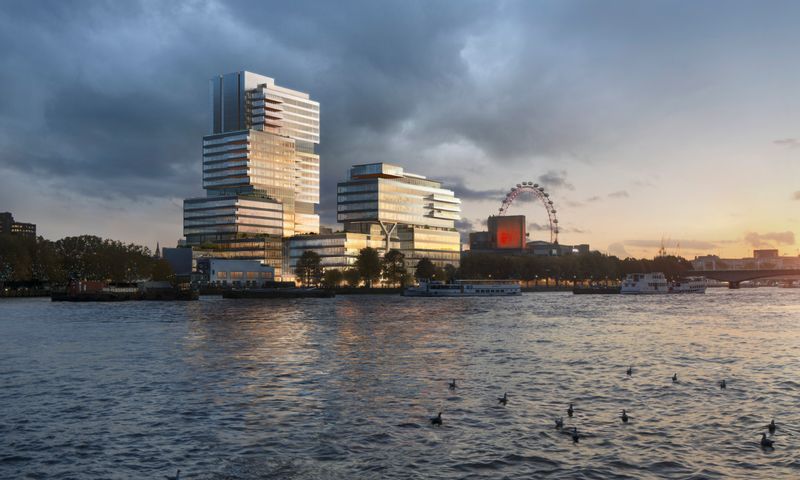 The former ITV Studios building at South Bank is to be transformed into a 26-storey office tower, with planning expected to be submitted in late spring 2021.

Alongside architect MAKE, Mitsubishi Estate and CO—RE aim to construct a best in class workspace together with retail, cultural and public amenity space at 72 Upper Ground, London.

Mitsubishi Estate and CO—RE secured the London site for £145.6m in November 2019.

In July 2020, London developer CO—RE and Mitsubishi Estate suggested that the site would likely be transformed into a “modern, exceptionally well-designed scheme that centres around a strong commercial office offering”. The new office tower will have the capacity for up to 4,000 workers.

It is thought that the current television centre will be demolished in order to make way for the office tower, as well as lower buildings of 13 and 6 storeys. The site will also include cultural and amenity spaces such as restaurants, innovation centres and public squares. It will also feature a biodiverse roof to support wildlife.

During the peak of the COVID-19 pandemic, the extensive car parking facilities on the site were donated to local Guy’s and St Thomas’ Hospital for their staff to use for free to help them deal with the crisis.

The building was one of a number of prominent London landmarks that was lit up with thank you messages to thank the NHS on Thursday nights at the height of the pandemic.

BW:Workplace Experts have completed a category B office fit-out for Larchpoint Capital, in the heart of London’s prestigious Aldwych area. The space is...