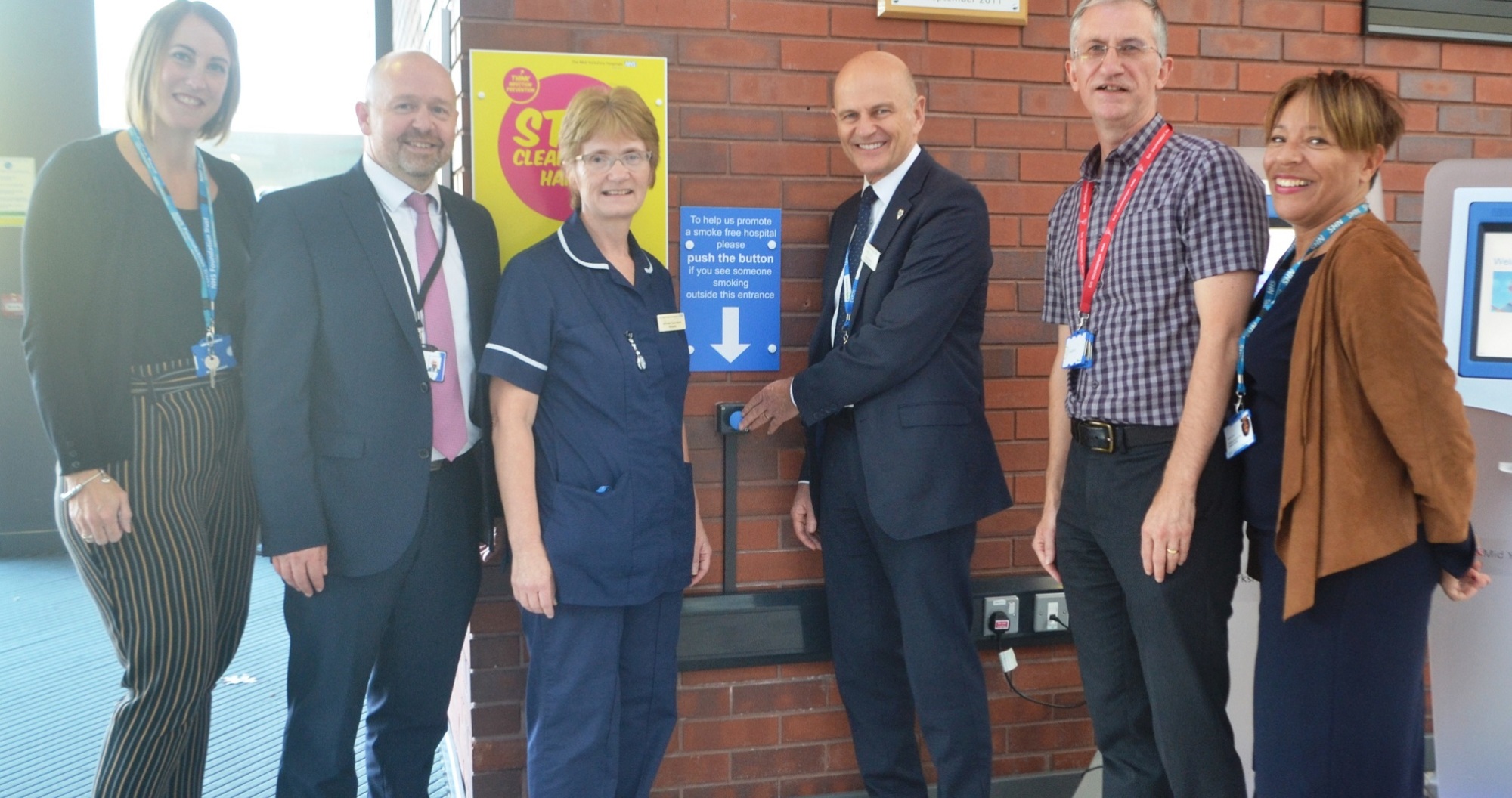 One hospital has come up with a novel way of discouraging smokers having a crafty drag outside their doors - shouting at them over a Tannoy.

'Loud & Clear recorded messages asking smokers to support the Trust’s aim of creating a smokefree environment by putting out their cigarettes, are now being broadcast outside Pinderfields Hospital in Wakefield. They were put in place at the start of Stoptober.

Staff, visitors and patients can now push a blue button to activate one of nine pre-recorded messages, which are played via a loud speaker outside the hospital entrance where smoking is a prevalent problem.

The crackdown, by The Mid Yorkshire Hospitals NHS Trust, which runs Pinderfields Hospital, comes after a no smoking policy across all of its Trust’s sites was introduced back in March this year.

Iain Brodie, General Manager of Facilities, at The Mid Yorkshire Hospitals NHS Trust told ThisWeekinFM: "No smoking signs put up across the estate do not deter all smokers from lighting up around hospital entrances – including areas where ambulances are dropping off patients.

“If a member of the public or staff sees someone smoking, they can press a button in the main reception to activate a voice message, which can be heard loud and clear, outside the main Pinderfields Hospital entrance asking smokers to extinguish their cigarettes.

“We’ve introduced the system because it’s vital we take every possible step to discourage smoking. Patients and visitors, including new born babies and those arriving by ambulance, often have to pass through cigarette smoke at our hospital entrances, which is totally unacceptable.

“Our goal is to have smoke free sites, and the ability to broadcast these messages is a crucial step towards this."

Brodie continued: “The government aims for smoking rates, which outlined in the tobacco control plan for England, to be 12% or less by the end of 2022.The current smoking rates within Wakefield are 17.9% and we are trying to encourage smokers to join the non-smokers.”

Picture: Out for a crafty fag - no Iain Brodie, General Manager of Facilities and colleagues stand by the blue button at Pinderfields Hospital which when pressed will cause smokers to be shouted at to put their cigarettes out.

Although Welsh hospitals have employed a no smoking ban both inside and outside their hospitals, the attempt to impose fines is something that is new. The no smoking...