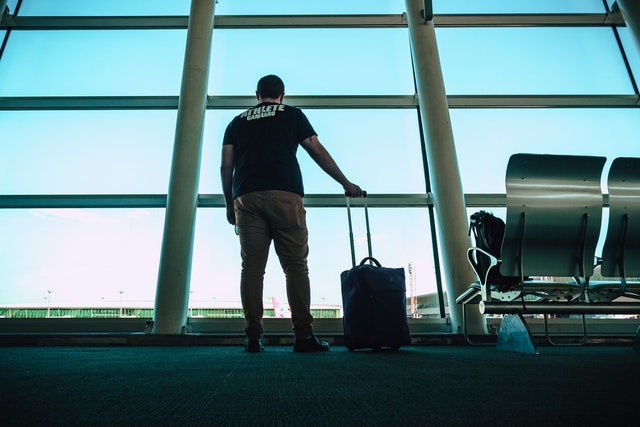 Brexit, staff shortages and COVID-19 are all being cited as reasons for queues at UK airports – but what’s really to blame?

On Monday 9 May 2022, reports began to circulate on social media of increasingly long queues at Birmingham airport, with some passengers stuck in queues of up to two hours to reach security checkpoints. Images appear to show travellers queuing from inside the building, all the way to the outside car park.

This comes amidst previous airport disruption over the Easter holidays at other major airports, including Manchester and Stansted.

Passengers have been reporting long queues at Manchester Airport again this morning. The airport has previously warned people to arrive three hours before their flight, and is currently training and vetting 500 new recruits to help with staffing problems. pic.twitter.com/RWKcm5D9C3

Anyone travelling out of Manchester airport in the near future, leave yourself PLENTY of time! The queues are hours long (and I mean hours) and people are missing flights! Never seen anything like it since I started travelling ✈️ pic.twitter.com/nEIm4vGME1

Manchester Airport’s website urged visitors over the Easter period to arrive at the airport at the earliest time your airline asks you to, usually three hours prior to the flight.

The statement also reads: “As we continue to recover from the pandemic and passenger numbers grow, security queues may be longer than usual at times

“It is also important passengers understand the latest rules about cabin bags, to avoid their hand luggage being rejected at security. Rejected bags can cause significant delays for all concerned.

“It also makes a significant difference if you minimise the number of trays you need to use, so please consider that when preparing to come to the airport.”

In contrast, Liverpool Airport tweeted that they were experiencing security queues of no longer than 15-20 minutes:

While we are aware of media coverage elsewhere, we want to reassure our passengers that we continue to see 15-20 mins queues through security throughout the day and are, therefore, asking passengers to arrive no more than 2.5 hours prior to their flight departure time. pic.twitter.com/ptZwFZzZC6

How Far is Brexit to Blame for Airport Queues?

Non-EU passport queue at Madrid airport. #Brexit continues to prove to be a complete farce! 😡 pic.twitter.com/wmjoxLzTqL

UK citizens no longer have freedom of movement between and within member countries of the EU, leading to some concluding that it is taking longer for British citizens to be processed at airports and other immigration points.

According to research by which.co.uk, since Brexit, Border Force in UK airports are stopping more EU citizens. In the first quarter of 2021 alone, a total of 3,294 EU citizens were stopped, compared with just 498 in the same period of 2020 - when air traffic was 20 times higher.

Staff Shortages and Lack of Recruitment

The same which.co.uk article claims that “only 1,131 additional staff members have been recruited in the past year, despite the Home Office asserting it would need an extra 2,000 to 'take back control of our border’”

Home Secretary, Priti Patel, has ordered an independent review of the Border Force to assess its structure, powers, funding and priorities, the first of its kind since the Border Force was set up.

The Guardian reported that Birmingham Airport laid off almost 50 per cent of its employees during lockdown, and has been looking to recruit new staff since November 2021.

Picture: a photograph of a person standing at a departure gate looking out of a window. The person is also holding a suitcase. Image Credit: Pexels