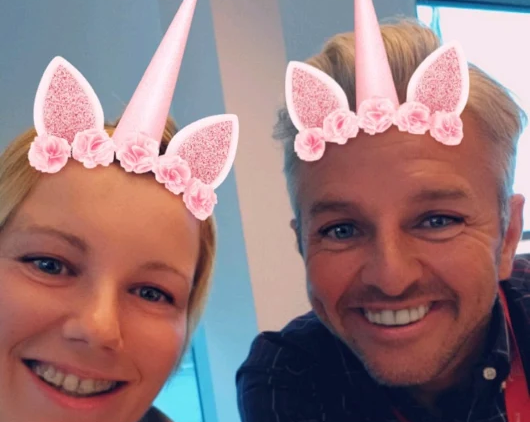 PMP Recruitment has been exploring the concept of reverse mentoring which pairs junior and senior team members.

There are approximately 1.8 billion millennials in the world and it is estimated that they will form 75% of the global workforce by 2030.

As a result, they are increasingly becoming the people companies need to influence, sell to and employ - so understanding them is key to future success of many businesses.

With this in mind, recruitment company PMP Recruitment has been exploring the concept of 'reverse mentoring' which pairs junior and senior team members with the objective to share best practice across different age groups.

Over the past 12 months, 20 senior members of staff have been paired with numerous junior employees across the PMP team, including MD Jamie Reynolds and Kelly Yardley, PMP’s  Senior Onsite Consultant at client Ocado. The pair meet every six to eight weeks for a three-hour session where Yardley will mentor Reynolds on a particular topic, whilst also gaining valuable insight about how the business is run.

The meetings have allowed them to discuss current challenges facing the business and explore potential solutions to problems such as internal platforms and social media.

PMP currently operates on two separate management platforms, QEA and RPM, however Yardley highlighted that the former system was much more popular and beneficial to the company due to its functionality. Following this PMP rolled out a nationwide project to move all operations over to the QEA platform. In doing so the company will be able to improve efficiencies, operational functionality and client reporting.

In addition, during a session about social media, it was discovered that each individual branch of PMP had set up its own Facebook page and staff managing those pages were publishing inconsistent messages and branding. Reynolds was able to take this feedback on-board and report back to the central marketing team, who are now spearheading the social media and ensuring consistency across the brands.

Reynolds said: “I have previously experienced reverse mentoring in the US and know the benefits it can bring to a business. The meetings with Kelly have not only helped my development but also further improved the way PMP operates. I believe it is important for us to open ourselves up to young people as it encourages creativity from both sides. Reverse mentoring has helped the senior team at PMP stay ahead and gain valuable insight into the next generation.”

Yardley said: “I have thoroughly enjoyed taking part in the reverse mentoring scheme. It gave me the opportunity to see how my input could help improve the business and impact the company. By mentoring Jamie I have been able to develop my own skills and I would thoroughly encourage others to take advantage of this great opportunity.”