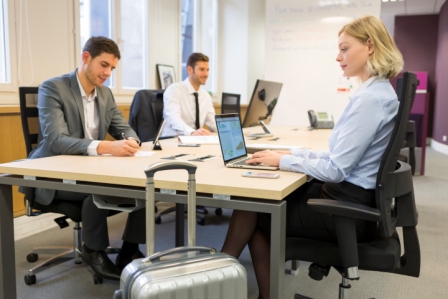 A 39% higher salary – that's the effect a RICS qualification has on average pay in the real estate and built environment sector says our survey.

This is just one of the findings of the latest RICS and Macdonald & Co. Rewards and Attitudes Survey - supported by ThisWeekinFM - when compared to non-professionally qualified counterparts.

The survey also pours light on the role that experience plays in salary levels and finds that the gender pay gap is closing, with no disparity at starting grades.

It was also found that experience is a sizeable determinant of remuneration, though its effect on salary tapers off in the latter parts of a career. Instead, firms tend to provide rewards for elongated experience by way of larger bonuses.

The survey also garnered salary data according to seniority and gender and found that good headway is being made in closing the gender pay gap. A quarter of respondents to the survey were female. It is noticeable that the proportion of graduates and graduate/assistant respondents who are female is 50% – a clear indication that more women are being attracted to the sector.

The most marked contrasts in salary when compared by gender is at the most senior levels. For example, only 10% of the respondents who identified as C-suite or executive directors are women, and, at £74,000, their median salary is 45.95% less than their male equivalent’s median salary of £108,000.

Peter Moore, CEO of Macdonald & Co., said: “It is clear that the factors of experience and qualifications lead to higher remuneration. The huge gap between the median base salary of non-qualified and qualified professionals should be pause for thought for all in the industry or entering the industry.

“When turning to the gender pay gap, these survey results are both disappointing and encouraging. It is disappointing that there is still a large pay gap at the more senior levels. On the other hand, it is encouraging that those at the beginning of their careers now benefit from the same salaries.

“It is my belief that the gender pay gap at senior levels can be explained by fewer females currently in the most senior positions and of the gap in experience between females and males in these positions. I both hope and believe that this gap will close as women currently at more junior levels move into senior management and enter the C-suite. This may take a few years, but I look forward to evidence of further progress in this important area in next year’s survey.”

The 2019 RICS and Macdonald & Co. Rewards and Attitudes Survey was completed by 3,461 respondents.

Picture: A higher salary is the effect a RICS qualification a survey has found along with a closing of the gender pay gap in the real estate and built environment sector at the younger ages for women.

The RICS UK Facilities Management Survey has revealed that workers across the UK could return to offices faster than anticipated, according to those working in the...

A quarterly survey from RICS suggests that workplace and relocation management will be fasting growing area of FM over the next twelve months.  Based on responses...

The demand for FM services continues to be driven by need from the healthcare sector, according to the latest FM survey from RICS. In the retail sector, demand is...

As COVID-19 Knocks Sentiment, What's Next for Global Commercial Property?

Paul Bagust, Global Property Standards Director at RICS looks to the future of global real estate's occupiers and investors. Bagust has delivered many...