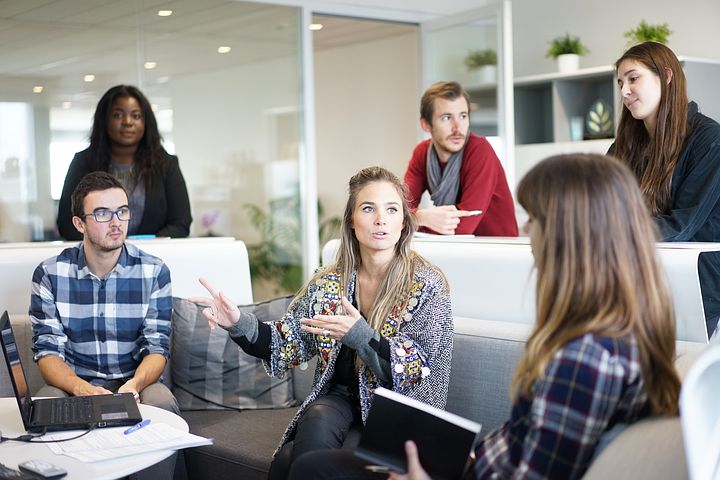 The gender pay gap has closed in the real estate and built environment sector according to the latest RICS and Macdonald & Company Rewards and Attitudes Survey which was supported by ThisWeekinFM.

The survey found that the sectoral gender pay gap has closed during the past year as more women are attracted to the industry and more attain senior positions. It also found that working in the real estate and built environment industry has many other appealing benefits for a better work/life balance.

Last year’s gender pay gap figures (April 2018) showed that the UK’s biggest companies paid men an average of 18.4% more than women. Additionally, the construction industry was one of the poorest for pay disparity, with women paid 36% less than men.

RICS has been a leading voice in the drive to close the gender pay gap in the construction industry. The 2019 RICS and Macdonald & Company Rewards and Attitudes Survey suggests that good headway has been made, though more effort is required.

The gender pay gap between median salaries across the industry is now 18.6%, according to the results of 3,461 respondents to the survey versus last year’s survey (which had a higher response rate). However, this all-encompassing figure hides some very marked contrasts. In many areas the gender pay gap is below the national average published in April 2018 and in property roles in investment/corporate banking, women now earn approximately 13% more than their male counterparts.

Other areas in which the pay gap is markedly less than the national average include:

In the construction sector itself, tremendous headway is being made. The results of the survey have found that the gender pay gap has narrowed to 20.43%. This narrowing is most clear at younger age groups. For example, in London, female respondents to the survey working in construction in London are paid an average base salary of £43,000, whereas their male counterparts are paid less at £37,500.

As the age of respondents increases, the disparity reverses in favour of men:

Although there is still considerable disparity, these statistics indicate the pay gap is closing as awareness of the issue improves and as the number of females in the industry increases. More women are now entering the industry at earlier ages and the pay gap is less at the younger the age group.

However, when it comes to bonuses- the gender gap is still staggering, with a range of 25% to 160%.

The survey also asked respondents to note other benefits for which they are eligible. This was not gender specific. The results indicate that the industry is becoming more accommodative to the work/life balance needs of talented female workers.

Speaking of these survey results, Peter Moore, CEO of Macdonald & Co said: “Closing the gender pay gap is not an issue that can be solved overnight. However, headway is being made across most sectors of our industry. As more women are encouraged into the real estate and built environment realm, I expect the pay gap to close further. I would also expect the pay gap to close higher up the age groupings as greater numbers of women progress in the industry.

“It is worrying, however, that companies appear to be paying larger bonuses to men than to women. Could this be because bonus payments do not have to be declared in pay gap data? Perhaps men rate themselves more highly than women? If this disparity continues, it cannot be good for the industry."

Barry Cullen, RICS Diversity and Inclusion Director, added: “The latest Rewards and Attitudes Survey certainly demonstrates that progress is being made, yet there is still a long way to go. We’re disappointed in the difference between male and female bonus figures across the board. RICS has promoted and pursued over the last five years, continued, consistent action from industry to engage and attract a wider more diverse pool of talent."