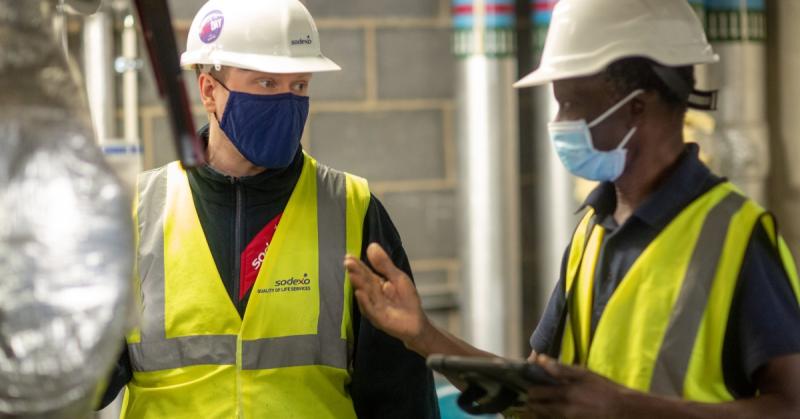 Sodexo UK is the first company in the FM industry to voluntarily publish its ethnicity pay gap data for 2020.

Unlike gender pay gap reporting, there is no legal requirement to provide ethnicity pay gap data, but in 2019 Sodexo publicly pledged, through the Business in the Community’s Race to Work charter, to publish its ethnicity pay gap.

What is the Ethnicity Pay Gap?

Sodexo's data is based on 75 per cent of its workforce who have shared their ethnicity information, and the gap is defined as the difference in average hourly pay between all White and all BAME employees.

In the report, Sodexo has included pay gap data for three different ethnic groups: Black, Asian and Mixed Ethnic backgrounds, as it recognises that publishing the combined pay data for these groups may hide disparities between the different groups.

Sean Haley, Region Chair for Sodexo UK & Ireland said: “We feel strongly that the first steps towards achieving our diversity and inclusion goals are transparency and holding ourselves publicly accountable.

“There is a lot of work to do to improve parity in both gender and ethnicity, but only with this level of clarity and the impetus to have more open conversations, can we put measures in place to move our organisation in the right direction and to do better by our colleagues and the communities in which we operate.”

For the first time, Colliers has published its Ethnicity Pay Gap data. The company is amongst the first in the commercial real estate industry to publish ethnicity pay...

Diversity and Inclusion – Why is Progress So Slow?

A survey of 83,000 employees across 100 organisations shows that three in five employees do not feel that they can be their authentic self, or that they...

FM and Workplace Trainer Partners with Element of Inclusion

UhUb, who provides whole-workforce training solutions for cleaning staff, has partnered with Element of Inclusion to facilitate a deeper discussion about diversity and...

Compass Group UK & Ireland has signed up to the Race at Work Charter, in partnership with Business in the Community (BITC). The initiative has been designed...