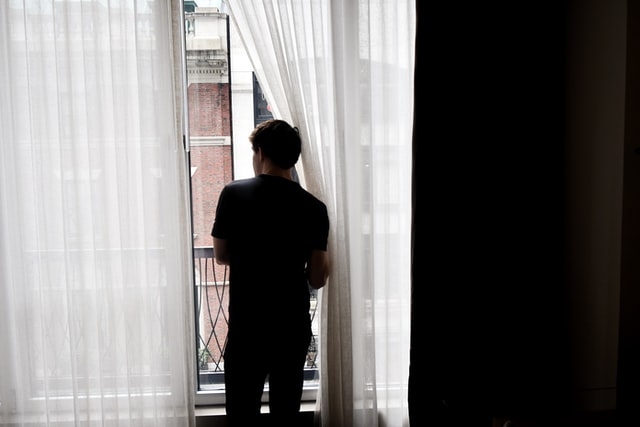 The effect of being exposed to verbal abuse in the workplace can have catastrophic effects on a person’s wellbeing, and those working front-of-house to protect buildings and manage visitors are often most vulnerable to this type of abuse.

Steve Johnson from workingthedoors.co.uk has spoken to many security individuals in the last year on the levels of violence that security workers face on a daily basis. He has also spearheaded the push to give those with SIA licences more protection.

In this opinion piece, Steve reveals his findings on the negative effects of verbal abuse on security officers.

"Sustained verbal abuse, such as the kind experienced by a majority of Britain’s security workers, can have many negative outcomes, some of which are even life-threatening. If you or somebody you know are experiencing symptoms such as those described above or elsewhere, we want you to know that there is help available to you."

The Cuts You Can’t See

Verbal attacks are so common that the average security worker simply accepts verbal abuse as being “part of the job”. Trainees and less-experienced operatives (especially those that work as door supervisors) are encouraged to simply “pay it no mind” and “develop a thick skin”. This is decent short-term advice, but may not prove as useful over the long term.

The truth is that even those who are most adept at deflecting insults, accusations and verbal vitriol will occasionally suffer its effects. Sometimes, this is because the insult “touches a nerve” by reminding the operative of something that is happening in their personal life. Sometimes, the insult gets through because it speaks to a past trauma or personal insecurity. Sometimes the abuse hurts simply because there’s so much of it and it occurs so frequently.

With physical violence, the effect is usually immediate, or else it becomes apparent shortly after the event has taken place. The effects of prolonged, consistent verbal abuse are subtle; more insidious – and also vastly more varied.

The Effects of Verbal Abuse on Mental Health

Verbal abuse experienced at regular intervals and over extended periods of time can be considered a type of trauma. It can have many negative consequences, including depression, low self-esteem, self-isolation, mood swings and even PTSD. Each of these psychological conditions is considered serious by mental health professionals.

In “The Mind: A User’s Guide”, psychologist Dr. Raj Persaud states, “Depression can happen to the most determined of people. It is not a sign of weakness – even powerful personalities can experience depression. Winston Churchill called it his ‘black dog”.

Depression can have multiple causes, including long-term verbal abuse. It can strike quite unexpectedly and is linked to a number of related disorders, as well as suicide.

PTSD is also a particularly serious condition, though often a very treatable one. It usually occurs following a distressing event or incident but can also be caused by multiple incidents occurring at different times.

According to the mental health charity Mind, “There are lots of misconceptions about PTSD. For example, people may wrongly assume it means you are 'dwelling' on past events. They might even suggest that you should 'get over it' or 'move on'. But having PTSD isn't a choice or a sign of weakness, and it's important to remember that you are not alone”.

It is often said that a good insult stays with you. This is undeniably true. So why should anybody be surprised at the effects of hundreds, perhaps even thousands, of insults being hurled at an innocent person over the course of their career.

In any other profession, a person may encounter some level of verbal abuse. However, there are usually workplace policies in place to challenge or diminish these behaviours. This is not always true in the case of security operatives.

At this juncture, it is important to distinguish between a patron being verbally abusive and one who is simply giving voice to their anger or frustration. Anyone that has ever worked in any form of customer service can swiftly differentiate between the two.

A patron’s anger could be caused by almost anything – and they have a right to express it verbally, provided they aren’t causing too much of a scene or being abusive or offensive in any way.

Bad language, insults, bigoted behaviour (i.e., words, phrases or actions targeting the operative’s sex, gender, race, religion, perceived sexual orientation or anything else to that effect) and/or threats of any kind would all be examples of verbal abuse – and should never be tolerated under any circumstances.

It is important also to note that verbal abuse aimed at security operatives is not limited merely to angry patrons and/or the general public. In some cases, a company, venue or employer may have a lax attitude towards verbal abuse taking place between their staff. Sometimes, verbal abuse can come directly from management. In such cases, actions may be taken, but this must be done carefully. The best advice we can offer in this instance would be to start looking for another job!

An Open and Welcome Culture

Employers that wish to try to combat the negative effects of verbal abuse would do well to create an open and welcoming company culture whereby employees can speak to employers about their mental health issues without fear of reprisal or judgement.

Employers should also familiarise themselves with the symptoms of depression, PTSD and other health problems.

Above all, an understanding attitude towards these issues goes a very long way indeed. There are many other actions that can help as well, but the first and most important is to be educated, understanding and sensitive. Mental health is a serious topic. Poor mental health can - and frequently does -kill.

With a workforce at such a high risk of experiencing mental health problems, to have any other attitude toward mental health and employee wellbeing feels wantonly negligent, not to mention short-sighted.

Sustained verbal abuse, such as the kind experienced by a majority of Britain’s security workers, can have many negative outcomes, some of which are even life-threatening. If you or somebody you know are experiencing symptoms such as those described above or elsewhere, we want you to know that there is help available to you.

Don’t put it off, don’t procrastinate, don’t do anything that gets in the way of your seeking better mental health. As one particularly insightful author (of whom you may well have heard) once had it:

“Above all, don't lie to yourself. The man who lies to himself and listens to his own lie comes to a point that he cannot distinguish the truth within him, or around him, and so loses all respect for himself and for others. And having no respect he ceases to love.” ― Fyodor Dostoevsky, The Brothers Karamazov.

Picture: a photograph of a person standing inside, looking outwards from a balcony

The London Film School, one of the world's leading postgraduate film institutions based in Covent Garden, London, has appointed SmartSec Solutions to manage its...