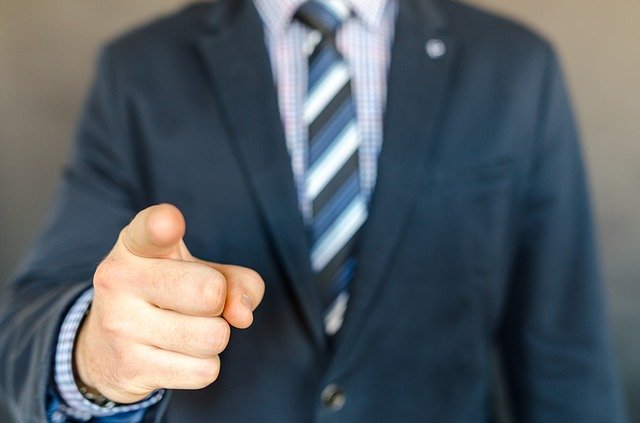 Steve Johnson from workingthedoors.co.uk outlines several de-escalation tactics that are a vital part of security work.

Steve has spoken with many security individuals in the last year on the levels of violence that security workers face on a daily basis. He has also spearheaded the push to give those with SIA licences more protection.

In this opinion piece, Steve describes how he feels every security worker in the UK should have at least a basic working knowledge of conflict resolution techniques.

Patience: A Pathway to Peace – Our Guide to Conflict Resolution

Violence is born of suffering. In turn, a violent person transfers that suffering to others. A violent outburst is, in effect, the culmination of a negative experience that the person being violent is undergoing. This could be seemingly unrelated to the violent incident itself. In fact, it could be entirely in the mind of the person acting violently. Nevertheless, violence never occurs without reason.

It could be that the person being violent has endured an intense amount of suffering at some point in the past, or simply that they’ve had a bad day. It might also be that they are experiencing mental health issues and that their suffering is internal. In any instance, it is always there.

Security workers are employed to prevent violence, they are not trained as therapists or counsellors. Nevertheless, it definitely helps to remember these facts. The actions of a violent person are, more often than not, the culmination of their own frustrations and suffering.

De-escalation tactics are a vital part of security work. It is imperative that every security worker in the UK has at least a basic working knowledge of these techniques if they are to be successful at their job.

However, de-escalation is also a two-way street. A situation can only be de-escalated if the aggressive (or potentially aggressive) person cooperates with the person attempting to resolve the situation. As the writer Fredrik Nael has it, “it takes both sides to build a bridge”.

"In addition to mastering de-escalation tactics, the effective security worker must also be adept at diplomacy. The goal is to protect the patrons, as well as themselves, from the violent person. Often, this can be achieved through verbal interaction."

It, therefore, follows that, in addition to mastering de-escalation tactics, the effective security worker must also be adept at diplomacy. The goal is to protect the patrons, as well as themselves, from the violent person. Often, this can be achieved through verbal interaction.

Angry people usually feel ignored and deeply desire to be heard (why else do you think people shout when they get angry?). Sometimes, the simple act of listening to a person will be enough to dispel their anger.

It helps to learn the person’s name, then listen to their complaint and then repeat it back to them as a summary. American firefighter and paramedic Steve Whitehead swears by this tactic, placing the phrase “let me see if I understand you correctly” among the most important conflict resolution tools in his professional toolkit. This tactic will work for security staff for the same reasons it works for other first responders.

“Alice, let me see if I understand you correctly” can then be followed by a brief summary of her issues. Alice then knows she is being listened to, as well as being asked for help clarifying her position. Instantly, a major cause of violent outbursts (the urge to be heard and/or anxieties around being ignored) has been neutralised.

This approach then opens the door for further discussion. If you can use phrases such as “I understand where you’re coming from” or “I see your point”, a dialogue can truly begin.

Listening to the other person’s issues and concerns, offering comments that show that you understand their point-of-view and waiting for the person to finish speaking before interjecting are all tactics that help an angry person feel listened to and, crucially, respected.

Maintaining a respectful degree of eye contact with the person, nodding silently at various points and expressing empathy as the person details their specific dilemma are also ways to physically illustrate that you are listening and that you care. Very often, this is enough to calm an angry person and prevent a violent outburst before it occurs.

Of course, this approach will not work in every instance, especially for those wherein the angry person is simply being unreasonable or illogical. The perfect tactic that resolves every conflict does not exist, as any quick glance at the news will tell you. However, this one has a high success rate and is worth practicing.

Phrases such as "calm down", "grow up", "shut up" and "just get on with it", will have the opposite effect than the intended one, so it is advisable to avoid using them altogether.

Conflicts can be resolved in 5 major ways. These are:

Competition (whereby one person wins the argument), collaboration (whereby both parties agree to work towards a solution that’s suitable for all), compromise (agreeing to each give up a little ground in order to find a solution that works for both parties), withdrawal (walking away from the conflict) and smoothing (basically allowing both parties to disagree but nullifying the tension between them at the same time).

Each of these resolutions will be familiar to the seasoned security operative. Often, it’s a matter of judgement regarding which options will work for a specific situation, which will not and, crucially, which will resolve the tension in the timeliest manner (remembering that violent people and situations can escalate quickly).

The key attribute, without which the strategies detailed here and elsewhere will most likely fail, is patience. As the poet William Langland had it, “patience is a virtue”. He was right.

The development of patience, which is something that everybody should attempt in their lives, can sometimes be difficult. One key tip is to remain calm as much as possible and accept things as they come.

A big reason that many people become anxious or aggressive is due to their fixating upon minor inconveniences that pop up over the course of the day and impede them from getting on with what they’re trying to do (we’ve all been there, haven’t we?).

A patient person sees these impediments for what they are (i.e., minor challenges) and relates to them accordingly, thus avoiding overreaction.

Especially impatient people may also look inwards and speak directly to the feelings of anxiety that drive their behaviour. Impatience often comes from excitement (e.g., a parcel to be delivered that contains something they want) or anxiety (e.g., the idea that if the situation isn’t resolved quickly, the problem will become insurmountable). It’s worth asking in what way the impatient actions are helping or hindering the situation in these cases.

Asking yourself whether or not panicking or getting upset will have any effect at all on the eventual outcome of the situation is a great way to engage logical thought in times of stress and thus increase patience. It is then possible to enquire as to what actions or approaches might be more useful.

It is also possible to adopt a process of learning from each and every situation. The end result is that the person becomes an active learner in every area of their lives. This, in turn, can lead to the development of a more considered, patient approach professionally, as well as a good deal of personal growth.

Remember that practical thought breeds patience. Taking situations as they come and acting accordingly, rather than simply reacting impulsively, will lead inevitably to more patient and accepting avenues of thought.

When cultivated properly, these habits become personality traits and these personality traits will benefit every part of your life. If you work in security, it will make you even better at their job, as well as far less likely to encounter violent situations, which is better for everyone in the end.

Picture: a photograph of a person pointing to the camera in an aggressive pose. Image Credit: Pixabay

The London Film School, one of the world's leading postgraduate film institutions based in Covent Garden, London, has appointed SmartSec Solutions to manage its...