What Causes Most “False Alarms”? 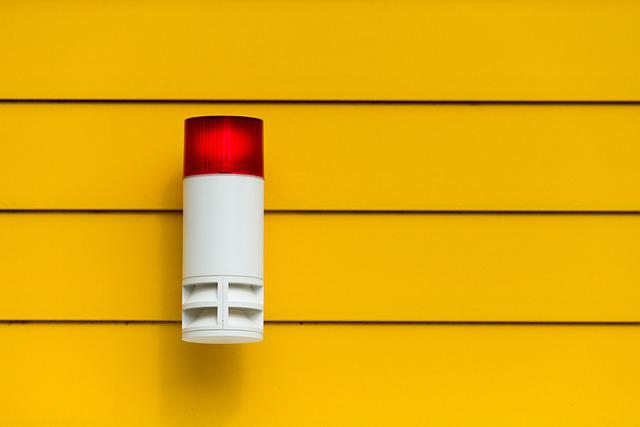 Nearly 1,000 alarm call-outs from 2021 were examined to reveal the most common causes for business’ security and fire alarm sensors being set off.

Business owners are being urged to check and maintain their security and fire alarms as it’s revealed that over 30 per cent of call-outs come down to poorly maintained systems.

New research from facilities management provider Samsic.uk reveals that a significant portion of alarm call-outs that its team responded to last year came down to faulty detectors, panels, lines and wiring. A further 18 per cent were however triggered by cobwebs, highlighting the importance of keeping areas around sensors clean.

Nearly 1,000 alarm call-outs from 2021 were examined to reveal the most common causes for business’ security and fire alarm sensors being set off.

A huge 32.5 per cent of alarms were set off as a result of poorly maintained systems, including broken parts, whilst a further 11 per cent of alarm activations were due to staff error - where alarms hadn’t been set correctly, for example.

That's not to say that there aren’t many situations where well-kept systems cause a “false alarm”. In addition to cobwebs, the next most common mistake was the detection of rodents, spiders and other insects, accounting for 13 per cent of the call-out cases that were examined. Rats, mice, spiders and various flying insects can easily set off sensitive intruder alarms, often in the middle of the night.

Overall, only around 19 per cent of the call-outs were for genuine reasons - from water leaks, vandalism and confirmed fires, to attempted and actual burglary, insecure premises and trespassers.

A spokesperson for Samsic.uk said: “These stats highlight the importance of checking your alarm system regularly, making sure staff are properly trained in how to set them, and keeping the surrounding areas clean, tidy and secure.

“The amount of wasted time that business owners will spend attending alarms which turn out to have simply been set off by a spider scurrying across the sensor or because of a system fault is astonishing. Sometimes situations like this are unavoidable, but properly maintaining your alarm systems and the areas around the sensors should help prevent at least some of the unnecessary call outs.

“Fortunately, just under 20 per cent of the call-outs we examined were due to actual emergency situations, from water leaks, vandalism and confirmed fires, to attempted and actual burglary, insecure premises and trespassers.

“Our expertise as an international security services company enables us to respond quickly and effectively to these emergencies, providing business owners peace of mind.

“After organisations have selected and installed a suitable alarm system, we then work alongside them to suit their needs, whether that be through static guarding, mobile patrols, or key holding responsibilities.”

Many business owners will make the mistake of having a security or fire alarm system installed, and then thinking nothing else needs to be done. But to work effectively, these systems will require some occasional maintenance. As a minimum, Samsic recommends having CCTV systems twice a year, and other intruder and alarm systems at least once a year.

Keep the Areas Around the Sensors Clean

As illustrated in Samsic’s research, a surprising number of alarms are often set off by cobwebs hanging on or around the detector. A very simple way to prevent this from happening is to check and clean the surrounding area regularly. Taking five minutes to dust the area could prevent an inconvenient and unnecessary alarm call out in the middle of the night.

Most modern alarm systems aren’t complex or difficult to operate, but ensuring staff who are responsible for setting the alarms on and off at the start or end of each day is vital to ensure the system is working exactly as it should.

13 per cent of the call outs that were examined revealed that rats, mice, and other critters were to blame. Keeping on top of and managing pest issues could prevent them from setting off alarms, which in turn wastes precious time and resources.

Picture: a photograph of an alarm system on a yellow background. Image Credit: Pixabay

The Harley House mansion block in London’s Marylebone has seen the successful completion of a £200,000 contract to replace and upgrade its fire detection and...

Lone Worker Protection On The Market