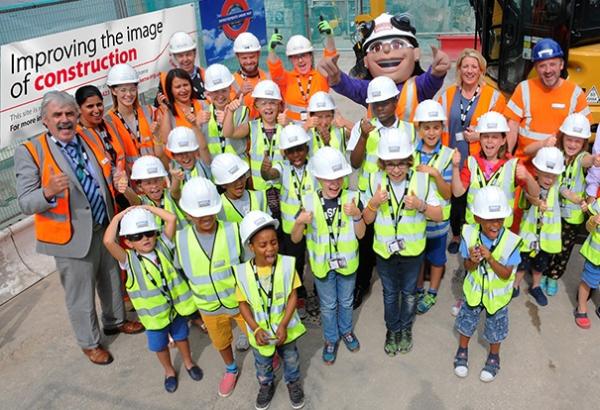 The UK construction industry now has a female mascot called Honor Goodsite - created by the Considerate Constructors Scheme - the national organisation established to improve the image of the industry.

The Scheme reckons Honor Goodsite will help raise awareness and inspire young children to consider a career in construction when they grow up, as well as delivering important messages about children’s safety around construction sites.

Goodsite is a structural engineer - a key profession within construction - but one which is still very much underrepresented by women. Only six per cent of parents surveyed by the Institution of Engineering and Technology said an engineering career would be attractive to their daughters; the challenge is to help change these perceptions among parents as well as children.

She joins the hugely successful industry mascot Ivor Goodsite, a site manager who was introduced by the Scheme in 2003 and has since then visited hundreds of thousands of schoolchildren across the UK.

Considerate Constructors Scheme Chief Executive Edward Hardy said: “Honor has an important role to improve the construction industry’s image with future generations. As a role model for promoting gender diversity and equality in construction, Honor will encourage schoolchildren to understand the wide range of careers available, while helping to change perceptions of the sector as male-orientated.”

Paying the Price for Under Investing

Peace Recruitment, an Edinburgh based recruitment consultancy focused on the construction, property and engineering sectors, has warned employers that skilled...