You get Less of an Ooh with Typhoon 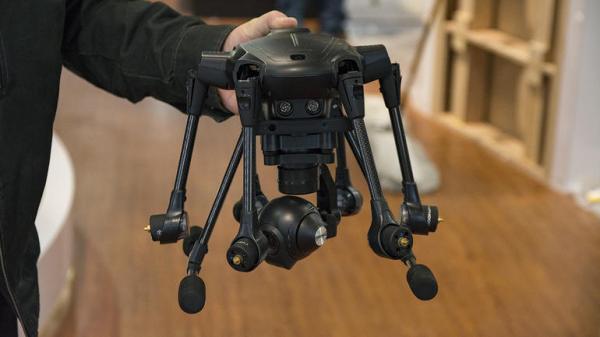 The massive US Consumer Electronics Show 2016 has been awash with many technological wonders and one of them is a drone that can avoid objects without the intervention of an operator.

The collision avoiding Typhoon H drone is the creation of a joint venture by Intel and Yuneec and with its 3D camera and RealSense technology, it can avoid hitting objects.

Visitors to the stand saw the drone was able to avoid ‘trees’ and follow a cyclist through a small course. At one stage one of the obstacles deliberately ‘fell’ in the drone's path but the Typhoon H was able to dodge the hazard and avoid a collision. “The drone was able to stop, wait and go round that obstacle as well, following the rider all the time,” stated Brian Krzanich, CEO,Intel. "Any other commercial drone out there would have crashed into the tree.”

The Typhoon H is expected to be on the market in six months’ time, retailing at approximately £1,200.

Talking to the BBC at the show, specialist Tom Morrod, said of the progress of ‘intelligent’ drones: “Things like collision avoidance, self navigation, spatial awareness – all of these technologies that take away the manual control of the drones are enabling drones for commercial purposes. Those could be security or delivery or maintenance, all of those types of applications; that's going to be what really drives the market.”

Picture: The Typhoon H is the latest example of ‘intelligent’ drones that can avoid obstacles automatically