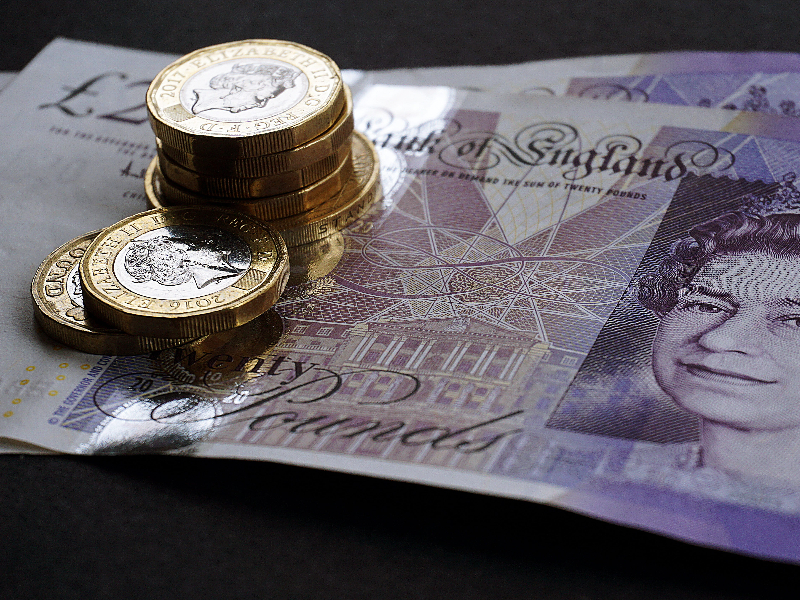 After a two-year hiatus, The Naming Scheme has resumed, showing that named companies failed to pay £6.7 million to over 95,000 workers.

One of the main causes of minimum wage breaches was low-paid employees being made to cover work costs, which would eat into their pay packet, such as paying for uniform, training or parking fees.

Some employers failed to raise employees’ pay after they had a birthday which should have moved them into a different wage bracket.

The list includes names such as Tesco, Superdrug and Pizza Hut, as well as numerous smaller companies.

A “Wake-Up Call” For Organisations

Business Minister Paul Scully has described the published list as a “wake-up call” to remind employers of their legal obligation to pay workers the correct wage.

Tesco failed to pay £5,096,946.13 to 78,199 workers and Pizza Hut failed to pay £845,936.41 to 10,980 workers.ThisWeekinFM has contacted the Department for Business, Energy & Industrial Strategy (BEIS) to clarify whether this includes casual workers or external contractors. A BEIS spokesperson confirmed that the arrears identified were solely for workers directly employed under a contract of employment with the company.

“There can be no excuses for non-compliance with the minimum wage rates. The annual changes are well publicised six months in advance following a well understood process.

"Those affected are among the most needy and vulnerable in our country - the companies concerned should be deeply ashamed of their performance.”

Employers who pay workers less than the minimum wage have to pay back arrears of wages to the worker at current minimum wage rates. They also face financial penalties of up to 200 per cent of arrears - capped at £10,000 per worker - which are paid to the government. Each of the companies named on the list have paid back their workers, and were forced to pay financial penalties too.

Is the Minimum Wage Fit For Purpose?

In July 2020, the Institute of Workplace and Facilities Management (IWFM), the body for workplace and facilities professionals, teamed up with the Living Wage Foundation to make the business case for paying the “Real Living Wage” rather than the National Minimum Wage.

The Real Living Wage, unlike the National Minimum Wage, is based on the cost of living, based on a basket of typical household goods and services. The National Minimum Wage is instead calculated on a target to reach 66 per cent of median earnings by 2024. For under 25s, the minimum wage rates also take into account affordability for employers. 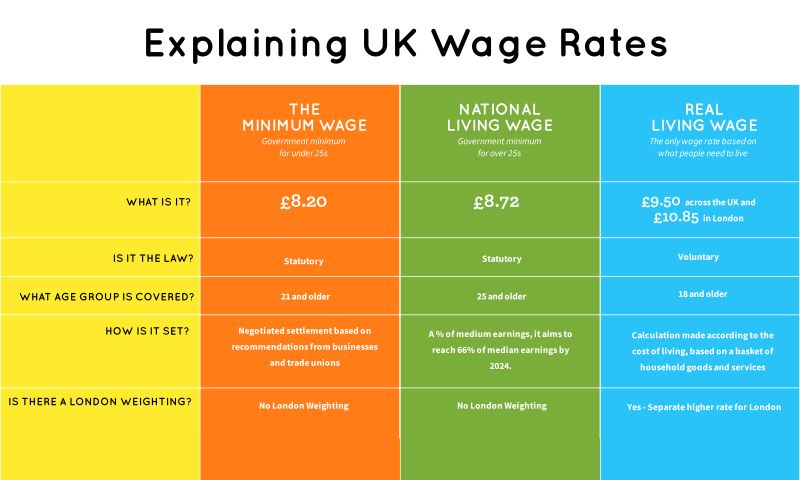 A graphic from the Living Wage Foundation explaining the difference between the minimum wage, national living wage and real living wage. The main differences are: the real living wage takes London weighting into consideration, and is based on the average cost of goods and services.

CEO of IWFM Linda Hausmanis comments: “Our profession has long recognised the contributions of lower-paid occupations, such as cleaners and security guards, not just in keeping buildings - and their occupants - safe and healthy, but also in keeping society and the economy in working order.

“We believe it is only right that people are paid a fair wage for a day’s work, and we are already promoting this as an accredited Living Wage Employer.”

Picture: a photograph of some English twenty pound notes