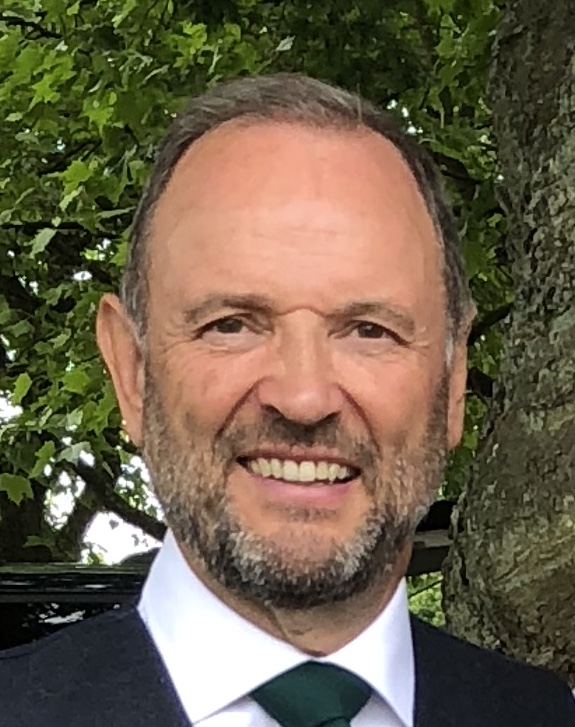 Stuart Lowden writes that 2020 could see a wave of investment on its way, strong enough to create a mini boom in the UK economy.

The smoke has cleared and for the first time in three years we can see the road ahead. We have a Government with a stonking majority; one that will deliver Brexit. And if our Prime Minister is to be believed, the good times lie ahead.

In theory, a thriving economy should be good for everyone, yet can we be certain that those within the service sector, particularly those employing security staff, will thrive in this exciting new post-Brexit world?

During the past ten years, the security sector has been riding out a significant storm. The service industry as a whole has been subjected to huge financial pressures, with customers demanding real-cost reductions year after year. Some of these savings have been created by reducing overheads, some have been at the expense of already low net margins. In almost all cases staff pay has failed to keep pace with inflation, with employers holding back increases, particularly during re-tender exercises when planned pay increases have been delayed or cancelled altogether.

Somehow, service providers have ridden the storm - though at what cost? In a desire to reduce prices, investment in training has been cut to the bone and manager/supervisory support, an essential part of motivating and mentoring staff, has been replaced by a ‘management by call centre’ culture. In many cases, site supervisory structures have also been slimmed back to achieve ‘efficiencies’. As a result, on-site staff have never felt so alone, so unloved by their employers and their clients.

The only silver lining for the service providers themselves - and the only way they have kept their heads above the waterline - is the low cost of recruiting staff. Following the pattern of previous recessions, the current one has offered up sufficient labour to ensure a relatively stable workforce and this has been aided by a steady supply of labour from EU countries.

Yet with margins on new work dropping to break-even levels, the industry is entering dangerous territory. There is clear evidence of contracts being priced at marginal cost, with no allowance for operational overheads or central overheads. In essence, existing clients are funding the services being supplied to new customers. This is a very dangerous strategy, it only takes the loss of one or two mature contracts to bring down this very shaky stack of cards.

And what if the commercial dynamic changes, what if labour were to become scarce?

Coming out of recession

At some stage, maybe late 2020, maybe early 2021, we will know our fate. We will know if the UK is leaving the EU with a deal. Let us, for now, assume that our Prime Minister is true to his word and the UK leaves with a deal. What are the likely consequences to the UK labour market?

Whilst we cannot ignore the broader influence of world trade on our economy, there are significant domestic consequences:

Free movement of workers from the EU might have helped with this challenge in the past but if this does not come to an end entirely it is bound to be restricted to workers with key skills. It is also hard to imagine that the Government’s new immigration policy will be flexible enough and efficient enough to keep pace with an increased demand for workers.

This perfect storm will create an employment market that progressively heats up, probably from late 2020 onwards. Those who are skilled or semi skilled will have opportunities to return to past trades or to move to jobs that are better rewarded or offer a better work/life balance. Or they move to jobs where they feel they will be better regarded, better treated, better motivated, better managed.

The security industry is by no means at the bottom of the food chain when it come to staff pay and benefits. And it has within it many good companies that genuinely look after their staff and offer good careers for them. However, no one will be safe from the inevitable impact of a resurgence within the UK economy.

Anyone who has worked through previous economic turbulence will remember what tends to happen when coming out of a recession:

So is it all doom and gloom?

Well, yes and no.

Yes, gloomy because all parties (except those staff finding better jobs) will suffer pain, customers and providers alike. Staff will leave the sector, contracts will fail, the market will take time to establish a new order of things. The pain won’t be evenly felt. Inevitably, the better run businesses, with better structured operations, will suffer less,  but even they will suffer some pain.

No, because such turbulence creates opportunity. Again, those delivering strong, reliable services will prosper at the expense of those who are failing. And of course, that is how things should be.

Preparing for the worst, riding the wave

To take advantage of a growing economy, providers must first weather the initial storm. At the very least, providers should do the following examination of their business early in 2020:

An opportunity for the industry

As reality dawns and the industry and its customers face up to the challenges posed by a significant shortage of labour (both skilled and semi-skilled), there may be an opportunity to introduce some common sense into the contracting process.

Clearly the industry can’t work together on pricing, that would be illegal, but an agreed approach to move from minimum standards to preferred standards and some common ground regarding staff training and development would be a sensible start.

An opportunity for the brave

Holding one’s nerve, holding back whilst others are plunging in blindly, is never easy. It requires a clear and well communicated plan, a high level of confidence in one’s abilities and a strong constitution. On occasions, it may require a willingness to spurn short term gains to ensure long term survival.

Until 2020 happens, we can’t be sure how big the economic upturn might be and what impact it will have on labour shortages and wage inflation. If the initial post-Brexit surge fails to materialise the inflationary pressures caused solely by infrastructure investment may be mild. The planning for the worst may prove to have been an useful exercise but not much more than that.

But, and it’s a very big but, if Boris is right, and there is a mini boom, those who have planned ahead and are brave enough to stick to a robust plan, will endure a bumpy ride but will be best placed to capitalise on some turbulent years ahead.

of The Risk Panel

Join OpenSensors and Chris Moriarty, Director of Insight & Engagement of IWFM, in London on February 5 for a Breakfast Briefing & Networking to share insights on key challenges and considerations when planning to implement an activity based working environment. To read more and register - Click The Pic