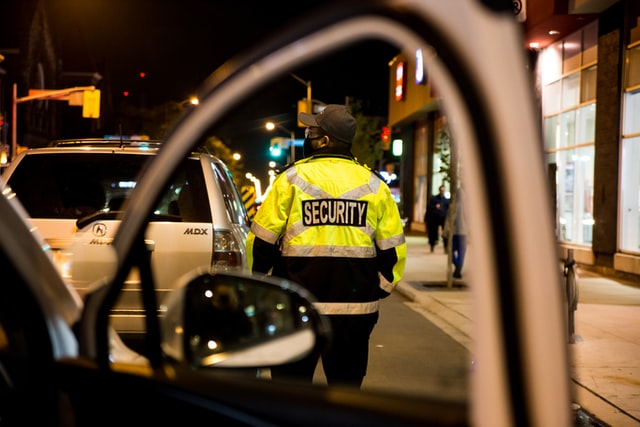 Close to two-fifths (37 per cent) of UK workers in full or part-time employment are given less than a week's notice of their shifts or work patterns, according to new research conducted by the Living Wage Foundation.

The research addresses a gap in the UK’s labour market data and understanding of hours insecurity, being the first recent study to assess notice periods for work schedules across the workforce.

The study found that among the 59 per cent of workers whose job involves variable hours or shift work, over three-fifths (62 per cent) reported having less than a week's notice of their work schedules. At the extreme, 12 per cent of this group – amounting to 7 per cent all working adults – had less than 24 hours' notice.

“Without clear notice of shift patterns provided in good time, millions of workers have had to make impossible choices on childcare, transport and other important aspects of family life. Low-paid workers have been particularly hard hit during the pandemic, with millions struggling to plan their lives due to the double whammy of changing restrictions on economic activity and insufficient notice of work schedules from employers."

A second survey conducted by the Living Wage Foundation focussed on the experience of full-time, low-paid workers, finding that they were particularly hard hit by short notice of working hours. Of those working full time and paid below the real Living Wage of £10.85 in London and £9.50 in the rest of the UK, more than half (55 per cent) had less than a week’s notice of work schedules, with 15 per cent having less than 24 hours’ notice. Low-paid, full-time workers from Black, Asian and minority ethnic backgrounds (68 per cent of whom had less than a week’s notice of work patterns) and those with children (64 per cent) were also disproportionately affected.

“We support the Living Wage Foundation’s campaign for Living Hours, although recognise that some industries may require degrees of flexibility due to fluctuations in demand. That said, we are concerned to learn of employers possibly exploiting flexibility and leaving people in serious predicaments.

At Cleanology, we employ people on a minimum fixed hours basis, and provide flexible overtime on top. We find that by providing stable weekly hours, we are able to benefit from a stable workforce resulting in our current staff retention rate of 97 per cent. That coupled with paying the Real Living Wage, makes for a very content and stable team, something we are very proud of.”

Picture: a photograph of Dominic Ponniah

"We’ve been a Living Wage Employer since we launched as a business, because we see it as the very least that we can do for our team. However, we always seek new ways we can go beyond this to ensure our people are happy to work for us. We know that while pounds and pence is important to our people, so too is job satisfaction - and that comes with secure employment and hours. That’s why we have always offered four weeks’ notice of shift patterns and changes for our team members to plan work around their personal lives.

Equally, we request that customers give us four weeks’ notice of any changes to the services they take from us, so that we can consult with our colleagues in a timely manner and discuss how this might change their working patterns, together. We welcome initiatives such as The Living Hours programme from the Living Wage Foundation that encourages other employers to take a similar approach."

Picture: a photograph of Esther Park

Despite this, and the challenges facing many employees and businesses, some employers are stepping up to commit to stronger standards on shift patterns to better support workers and families.

This includes Scottish energy provider SSE, which has been announced as an accredited Living Hours Employer, joining, amongst others, Aviva and Standard Life Aberdeen as employers committing to provide workers with secure, guaranteed working hours.

The Living Hours Programme requires employers to both pay a real Living Wage and commit to provide at least 4 weeks’ notice for every shift, with guaranteed payment if shifts are cancelled within this notice period. Living Hours employers also provide a guaranteed minimum of 16 working hours every week (unless the worker requests otherwise), and a contract that accurately reflects hours worked.

The Foundation’s research shows that currently just 10 per cent of workers who have variable working hours or conduct shift work received at least four weeks’ notice of shift patterns.

“Without clear notice of shift patterns provided in good time, millions of workers have had to make impossible choices on childcare, transport and other important aspects of family life. Low-paid workers have been particularly hard hit during the pandemic, with millions struggling to plan their lives due to the double whammy of changing restrictions on economic activity and insufficient notice of work schedules from employers.

Despite this, and the challenges many employers have faced, some have stepped up during this crisis and committed to provide workers with secure, guaranteed hours and notice of shift patterns. These are the businesses that will help us rebuild and recover, and we encourage more employers to follow their example.”

Picture: a photograph of a security guard wearing a reflective jacket with "Security" on the reverse