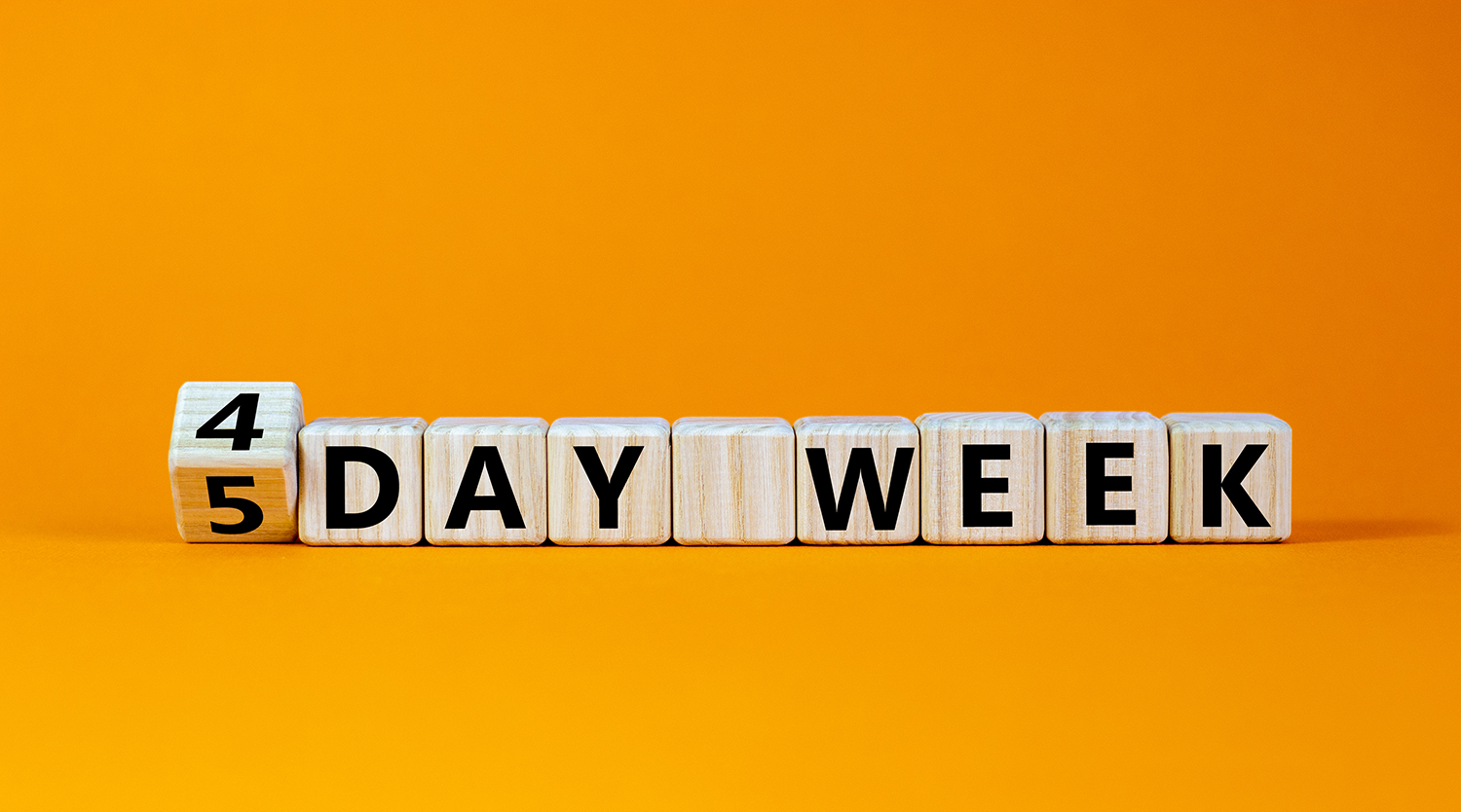 A four-day working week is to be trialled for six months in June 2022, and it’s not just for office workers.

Six companies have signed up for the flexible working experiment, including Canon’s British office.

The pilot is being coordinated by 4 Day Week Global in partnership with the UK think tank Autonomy, the 4 Day Week UK Campaign and researchers at Cambridge University, Boston College and Oxford University.

"There is an assumption that a 4 Day Week is easier to implement in an office environment, where outputs can be somewhat amorphous or hard to gauge, compared with an assembly line or other manufacturing-type setting where productivity is often measured in more concrete ways."

“There is an assumption that a 4 Day Week is easier to implement in an office environment, where outputs can be somewhat amorphous or hard to gauge, compared with an assembly line or other manufacturing-type setting where productivity is often measured in more concrete ways.

“However, one of the leading examples of the aptitude of the 4 Day Week to other types of workplaces is found in Germany, whereas of late March 2021, the country’s largest trade union, IG Metall, agreed a 2.3 per cent wage increase as part of a switch to a 4 Day Week in a key industrial region; 3.9 million metal and engineering workers are benefitting.

“….This change would not be happening in one of the world’s richest and most productive nations unless there was a strong economic and social case for it.”

Why a Four Day Week?

According to 4 Day Week Global, the five day week is outdated and a relic of a now-distant era:

“It persists because it is mistakenly believed to be optimal for the economy. It isn't. The 4 day work week has proven to deliver as much, if not more, productivity while improving lives: individuals, families, and entire communities.”

Their data shows that companies that have made the transition to a 32-hour work week see increases in productivity, higher talent attraction and retention, deeper customer engagement, and improved employee health.

Which Countries Have the Best Work-Life Balances?

Despite the UK’s current reliance on a traditional five-day working week, the UK offers one of the best work-life balances in the world according to a new study by office designers, Diamond Interiors. This is predominantly based on high annual leave allowances and working hours.

Across the 15 countries analysed, the UK has one of the best annual leave entitlements with 28 days, coming second behind Finland which offers 30 days. Japan and the US have ten days.

For the five years pre-pandemic, the UK makes the top five list of countries with the least average weekly hours recorded with 29. That’s almost 20 hours below the maximum weekly working hours specified by the government.

However, when it comes to public holidays, the UK doesn’t fare as well, being on par with Russia and slightly ahead of Australia at the bottom of the list with eight. Japan comes out on top with 16 public holidays.

Picture: a photograph of some wooden cubes that spell out "4 Day Week". The cube with the 4 on it is tilted to show that one of the other sides has the number 5 on it. Image Credit: Shutterstock