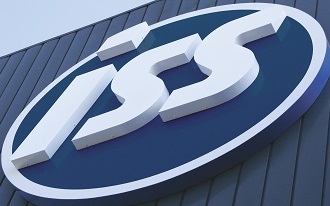 ISS has found itself in the eye of a storm as a Channel 4 Dispatches documentary revealed unsavoury hygiene practices and unpaid overtime on a Premier Inn contract. ISS responds.

ISS has found itself in the eye of a storm following a Channel 4 Dispatches documentary aired on Monday Feb 12 in which an undercover reporter who applied for a job as a housekeeper recorded some unsavoury hygiene practices and insistences from her senior colleagues that she had to work unpaid overtime.

ThisWeekinFM has published a comprehensive article (Click Here) with quoted extracts from the TV programme and received both statements from Channel 4 (and production company Tigerlilly) and Premier Inn - ISS have now responded.

In a statement, ISS said:

'We have taken the allegations made by production company Tigerlily extremely seriously and have taken immediate steps to investigate them. We have performed both internal and external investigations to analyse the alleged issues at our customer’s site in question. We pride ourselves on the high levels of training we give staff at all levels within our business to ensure they can do their jobs properly and within their scheduled working hours. It is our policy to give new cleaners up to three days of training time and a month’s grace to ensure they can achieve this.

'At the site in question, we have conducted numerous audits including one in early January in conjunction with our customer and the results have always been good. We apply the National Living Wage at this site, just like we do at all the other sites and it is not our policy in any way to ask our employees to work outside their contractual hours without pay.

'Regarding training in cleaning procedures, our training records show that all staff on site have gone through the required training which is conducted on site. If there has been an isolated incident, which goes against our procedures, we will take immediate action to remedy it.

'Across our business, all our employees work under strict policies and procedures in line with the applicable laws and regulations as well as high health and safety standards to protect them. We would never tolerate any attempts to circumvent them'.

Picture: ISS has moved swiftly to investigate allegations that they have contradicted their own standards at Premier Inn

When a Channel 4 Dispatches documentary reporter went undercover as an ISS housekeeper at a London Premier Inn, she found some uncomfortable truths about hygiene...