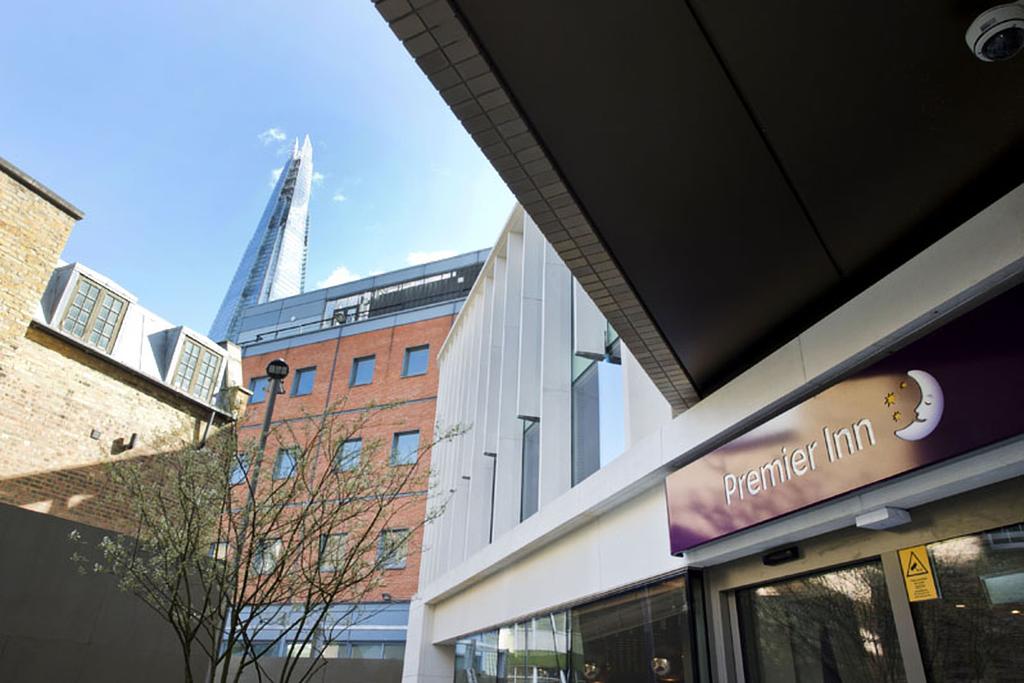 When a Channel 4 Dispatches documentary reporter went undercover as an ISS housekeeper at a London Premier Inn, she found some uncomfortable truths about hygiene standards and what it can be like for those working there.

When a Channel 4 Dispatches documentary  reporter goes undercover as a housekeeper working for contract cleaners at a London Premier Inn, she finds some uncomfortable truths about what it can be like for those working there - for ISS.

These are the words used by the documentary maker to promote its most recent episode (which aired 8:00pm Monday February 12).

Premier Inn said in a statement: 'The serious allegations in the programme concern staff working for ISS, a multi-national company that provides outsourced housekeeping services at a small minority of our hotels.

'As a responsible business we take our commitment to the people who work for us extremely seriously. We were very concerned to hear allegations of poor working practices by ISS at one of our hotels. We are in the process of investigating these allegations and our findings will be addressed directly with ISS' (see ore from the statement below).

An undercover investigation by Channel 4 Dispatches has revealed some housekeepers employed by a cleaning contractor have to work unpaid extra hours in order to meet room cleaning targets in a branch of one of Britain’s biggest and best known hotels chains, Premier Inn. An undercover reporter for Dispatches posing as a housekeeper was paid below the national living wage.

Covert filming at Premier Inn’s London Bridge branch captured unhygienic cleaning practices directly contravening guidelines of the cleaning contractor ISS. Filming captured the undercover reporter being instructed to use the same guest towel to clean everything in the bathroom including around the toilet area.

In December 2017 undercover reporter, Irina, secured a job with ISS cleaning hotel rooms as a housekeeper at a branch of Premier Inn. Although the reporter was employed by ISS she was given a Premier Inn uniform to wear.

ISS provides housekeeping cleaners to 46 of 760 Premier Inn hotels. ISS is a UK (Real) Living Wage accredited employer whose status has previously been questioned because of the way it manipulates employee hours.

The undercover reporter was told by ISS that she would earn £7.50 per hour – the government' s national living wage (which rises to £7.83 in April but is far below the Real Living Wage and the Real London Living Wage as determined by the Living Wage Foundation.

According to Tigerlilly (who make Dispatches for C4), Irina was told that for her £7.50 per hour, she would need to clean the equivalent of three rooms per hour across her shift, no matter the size or dirtiness of the room and any extra time she worked to meet the target would not be paid. That target didn't take account of time she spends prepping her trolley and moving from room to room.

Irina was also obliged to attend a daily unpaid meeting, which started half an hour before her shift started  and sign for a half-hour break whether taken or not.

Tigerlilly estimate that the additional tasks required outside of shift, attending the morning meeting and the extra amount of time it took to clean certain types of rooms, meant Irina’s hourly pay actually equated to less than £5 an hour, well below the national living wage.

During her employment, Irina was only able to clean a room in less than 20 minutes, when cleaning ‘stayovers,’ rooms where guests were staying another night. These rooms were generally less dirty and did not require bed sheets to be changed.

However some of the rooms she was given took a lot longer than the time she was allocated. In her eight days working at Premier Inn, Irina worked a minimum of nearly an hour extra but two hours on occasion.

Quotes directly from the documentary

Irina asked the head housekeeper what to do if she worked over  time.

Head housekeeper: “If you stay over time for like two hours nobody is paying you. You must finish your rooms in time. The time is allocated for the number of rooms you have.”

Head Housekeeper: “So Irina I need to explain something to you. A family of four or three no matter who is doing it, it needs to get done in twenty minutes.”

After Irina had worked a few days, the Head Housekeeper told her she should arrive even earlier:

Head housekeeper: “At 8 o’clock, you have to come and prepare your trolley.”

Undercover reporter: “But is anyone paying me between 8 and 9 O’Clock?”

Head Housekeeper: “No one is paying you between 8 and 9. Nobody’s paying the other girls or me.”

Undercover reporter: “Will I get paid at least from 8:30?”

Head Housekeeper: “Well then just prepare your trolley in the evening.”

On another day undercover reporter Irina’s boss confirms that all the housekeepers are expected to work some hours without pay:

Head Housekeeper: “They will come to prepare their trolleys in the morning. We are not getting paid either.”

Another housekeeper: “Or sometimes they will get us to prepare our trolleys in the evenings.”

Head Housekeeper: “They are preparing it the evening before or in the morning. Either way. Not even one of the girls is being paid for having to prepare their trolley.”

Dispatches showed the footage to Employment Lawyer, Catherine Raynor who said: “If somebody is a worker and she’s a worker and she’s doing a job. Then she’s entitled to be paid for it. It’s really quite simple. If she turns up an hour before because they require her to turn up an hour before and she’s doing things associated with her work. That’s working time. She’s entitled under the regulations and the legislation to be paid.”

Footage also show Irina saying she was unwilling to sign to say she'd taken a break and was told it was compulsory. Catherine Raynor said: “It’s difficult to know why the organisation are asking her to sign to say something that she hasn’t yet done in fact she wasn’t taking the break. And therefore she has a right to make a claim for that.”

When Irina, the undercover reporter, was unable to keep to time on her rooms the head housekeeper paired her up with the fastest cleaner in the hotel.

This cleaner showed one technique she uses to get through her rooms so quickly. She uses a single dirty towel discarded by a previous guest, to clean the entire bathroom, including around the toilet area. This is despite her training at ISS insisting on the use of different cloths for the toilet, bath, and sink.

Undercover reporter: “Aren’t we supposed to use a different cloth for all the different areas we’re cleaning for instance a yellow cloth for the toilet.”

Cleaner: “No, just one towel that’s it.”

Undercover reporter: “Just one towel for everything?”

Charlotte Bence from the union Unite said: “Unite has a wealth of experience representing people who work in different chains who have experienced the same kind of problems identified at Premier Inn. Unite’s position however is that as a leading hospitality brand within the UK as a FTSE 100 company, Whitbread has a responsibility and to lead by example.”

Premier Inn's statement continues: 'We insist all suppliers work to robust standards that fully cover the rights of all team members. We will take whatever action is necessary to resolve any issues and we do not tolerate suppliers who breach employment law or fail to meet the standards that our guests rightly expect.

'At the vast majority of our 780 hotels, we directly employ our housekeeping teams. None of these have been the subject of any allegations in the programme.

'We have strict cleaning procedures and training and the times we allocate to room cleaning have been proven over many years. We do not set a target of three rooms cleaned per hour. We ensure every room is cleaned to the exacting standards expected by our guests. That’s why around 95% of guests give us a 4 or 5 star rating for cleanliness.

'We reject any notion that we put undue pressure on our hard-working, committed teams. We run the business in a balanced way with a primary focus on delighting guests through outstanding service delivered by outstanding teams. As part of this, the majority of a manager’s bonus is dependent on guest and team feedback.

'Our people are our number one priority and the facts bear this out. We are consistently voted one of the UK’s best companies to work for. We ensure that all of our team-members are paid the National Living Wage or above. We offer industry-leading training and development and provide real opportunities for great careers. As a result, we have record employee engagement scores, industry-low team turnover and have recently featured in the Sunday Times Best Companies survey'.

Dispatches has not yet received a formal statement for publication from ISS but has been told that ISS:

Picture: My towel smells as if it's been used to clean the toilet - Premier Inn for illustration purposes only

ISS has found itself in the eye of a storm as a Channel 4 Dispatches documentary revealed unsavoury hygiene practices and unpaid overtime on a Premier Inn contract. ISS...

As the hotel sector thrives amid the UK staycation boom, a report has revealed opportunities for hotel design to include further wellbeing and comfort measures to...