Anxiety For Whom The Bell Tolls 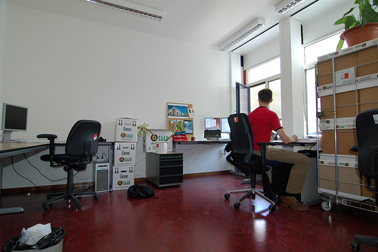 The results of a survey of UK office workers suggests that many of them are becoming increasingly anxious about answering the phone at work.

Fear of making or taking calls, also known as ‘Telephobia’. Jill Isenstadt, interviewed by the BBC, is the vice president of coaching for a company called Joyable. She noticed they had clients whoaw careers were being held back by an anxiety over interacting with others over the phone. Isenstadt said:  “For a lot of people, getting on the phone is a particularly complex interaction. You have to think of things on the fly and you have to respond to what someone is saying to you.”

The survey was undertaken by telephone answering service, Face for Business with the company clearly having a vested interest in digging deeper.

Out of 500 respondents, 62% of office based employees have reasons for experiencing call-related anxiety before answering the phone. The top reasons workers gave for feeling the fear were concerns about not knowing how to deal with a query (33%); anxiety about 'freezing' on the phone (15%); thoughts that the person on the other end could think negatively of them (9%); and sounding strange when they speak (5%).

The survey’s open-text responses detailed anxieties around confrontation, being overheard, having no paper trail to backup conversations and fear that they wouldn’t be able to understand the caller on the line.

Sara Parker, Marketing Manager at Face for Business, said: “Businesses really need to make a human and emotional connection with their prospects. Ergo, employees shouldn’t really hide behind technologies such as email -–they need to start building relationships and trust.”

However, phone anxiety seems to be getting worse in the millennial demographic. Daisy Buchanan over at The Guardian recently wrote that millennials feel 'ambushed' by an incoming call because it comes across as intrusive, especially as millennials have grown up with digitised and less direct forms of conversation. Buchanan concluded 'it’s only natural phone calls feel alien’.

The survey uncovered that millennials – those born between 1981-1996, are the most ‘telephobic’ and go out of their way to avoid answering office phone calls.

Picture: Younger office workers are scared of answering the phone at work - especially if it's not for them.

Daylight-starved office workers crave better lighting in the darkest working weeks of the year. But with sunrise at 8:01am on December 21st 2018 and sunset at 3:52pm...